"We can always be better" | Mike Catt on Ireland's tactical evolution

Ireland attack coach Mike Catt says it was all about getting a "winning performance" in last Satu...

"We can always be better" | Mike Catt on Ireland's tactical evolution

Ireland attack coach Mike Catt says it was all about getting a "winning performance" in last Saturday's victory over Japan.

Andy Farrell's side went 17-12 before coming back to win 39-31 against the Cherry Blossoms at the Aviva Stadium.

"We can always be better," Catt said when asked if Ireland can improve on that showing. "Every team wants to be better but I think we scored some very good tries, very quickly against a top, top side."

"With the new faces and the amount of time we had together, we've all been pretty much pushed to make sure we can deliver a winning performance.

"I think the boys did an exceptional job on the weekend. They found a way to win and that's what international rugby is about ultimately." 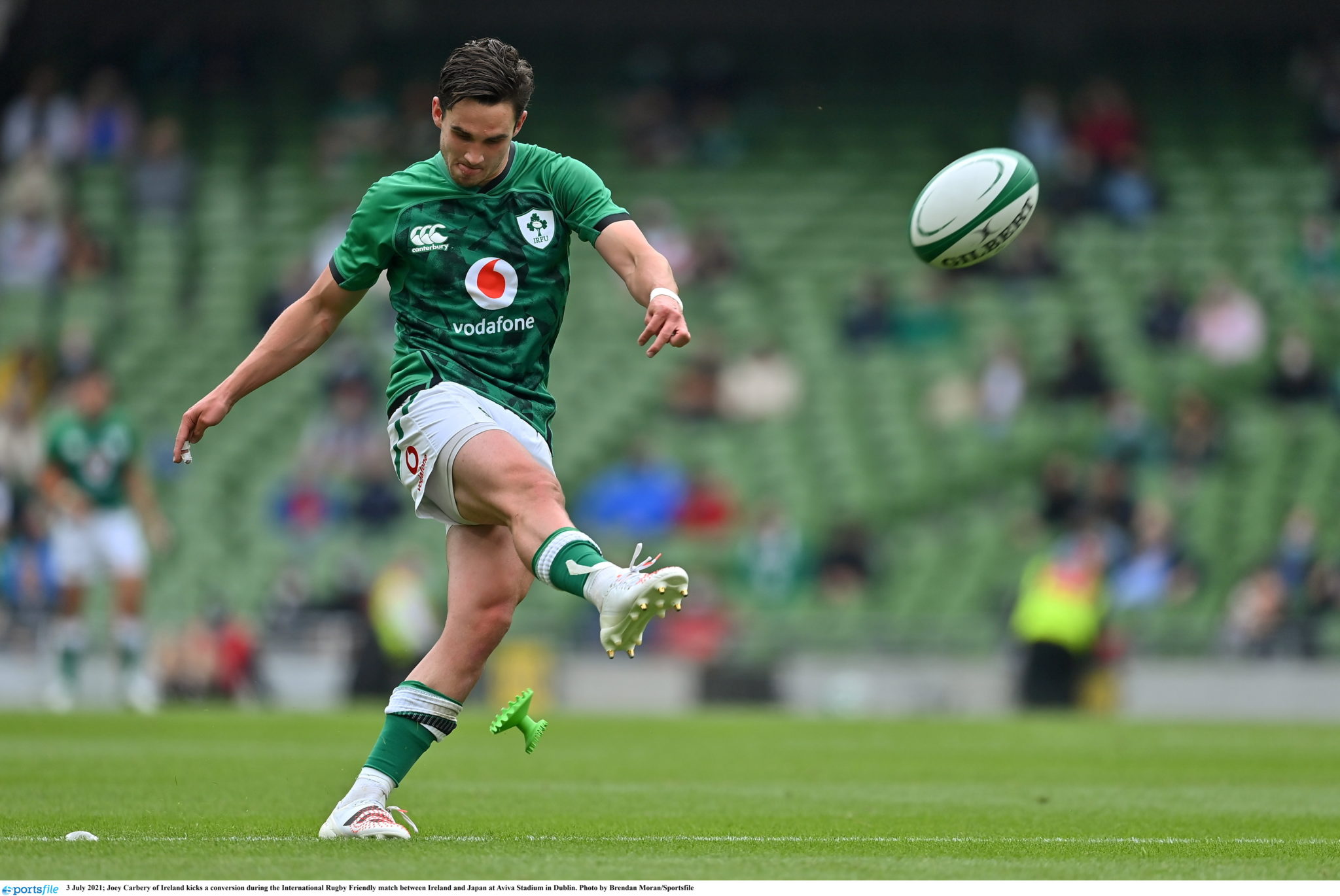 Joey Carbery made his return to international rugby for the first time since the 2019 World Cup and Catt feels there's more to come from the Munster out-half.

"It's the first time I've worked with Joey. For 18 months he's been sitting there twiddling his thumbs and not getting an opportunity, but eased his way back in there like a few players who haven't played internationally for a while, it does take a little bit of time.

But I thought him and Jamison Gibson-Park performed well. I thought they controlled the game quite nicely and again, it's just the start of Joey's recovery really in terms of where he's at. We know what he's capable of doing and it's just about how quickly we can get him up to that speed for him to really go and impress."