As Paul O'Donovan and Fintan McCarthy enter the rarefied air of golden Olympians for Ireland, we ...

As Paul O'Donovan and Fintan McCarthy enter the rarefied air of golden Olympians for Ireland, we spoke to those who know them best.

Paul's mother, Trish, joined us to discuss her son's achievement after also medalling with his brother Gary in 2016.

Trish believes that the pair's achievements, and now the achievement of McCarthy, have helped rowing 'explode' in Ireland.

"When Paul and Gary did so well in Rio and brought home an Olympic medal, it made everybody think 'yes, we can do it - we're doing the same training programme.' They all woke up.

"The whole country stood up and said 'if we get out there and train the best we can, it is within our reach,' and that is what's after happening.

"It's fantastic for the sport, clubs and any of the coaches - they are all delighted." 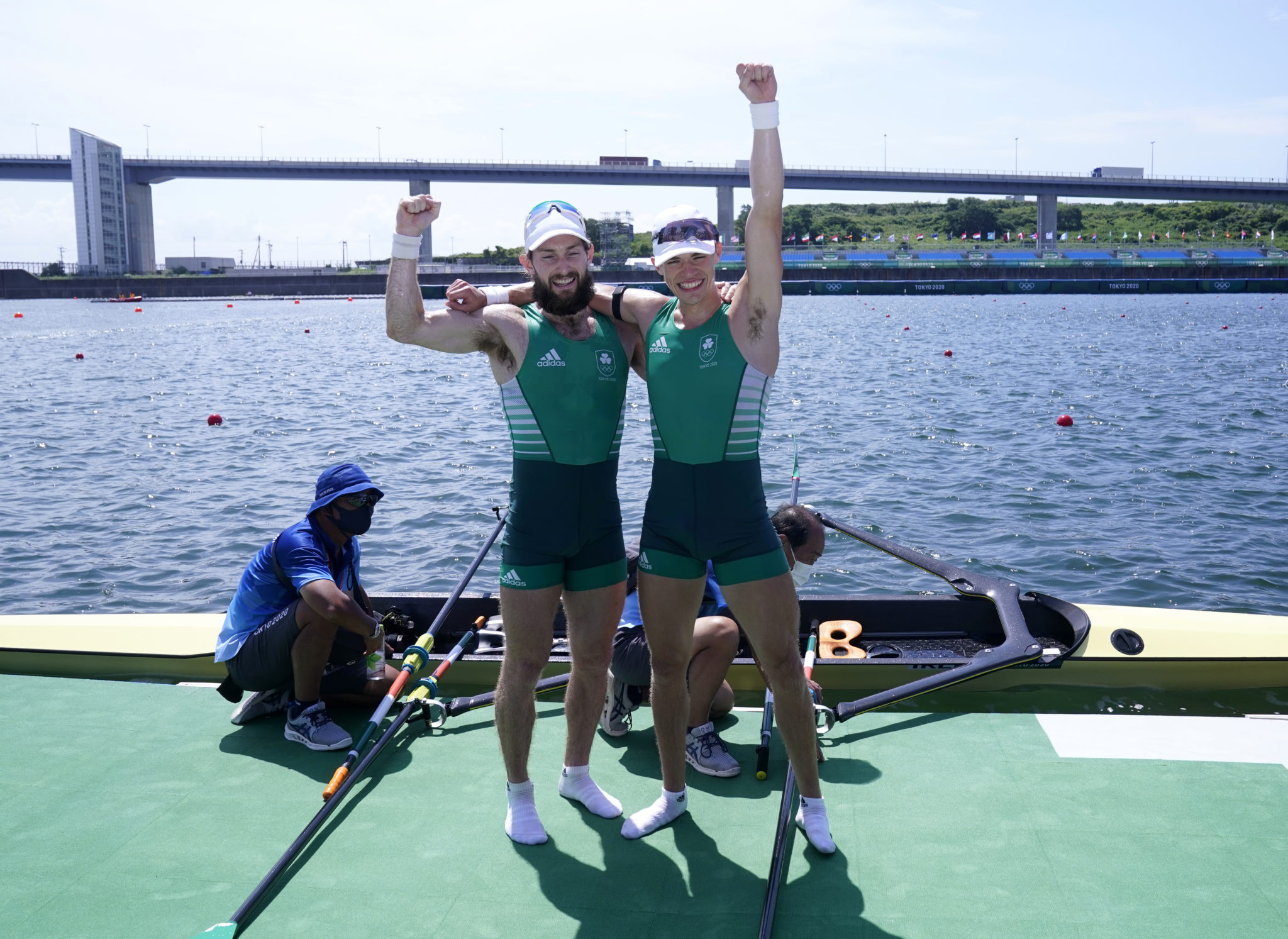 As a mother, Trish took a moment of pause to remember the exertions of son Gary, who was over with the team as a reserve, and who was flying back to Ireland when the race was on.

"That is very hard, too. We just have to keep an eye and hope that it won't affect him in any serious way because it must be upsetting.

"They know that it's sport and what happens, but the reality still must be hard as well for Gary." 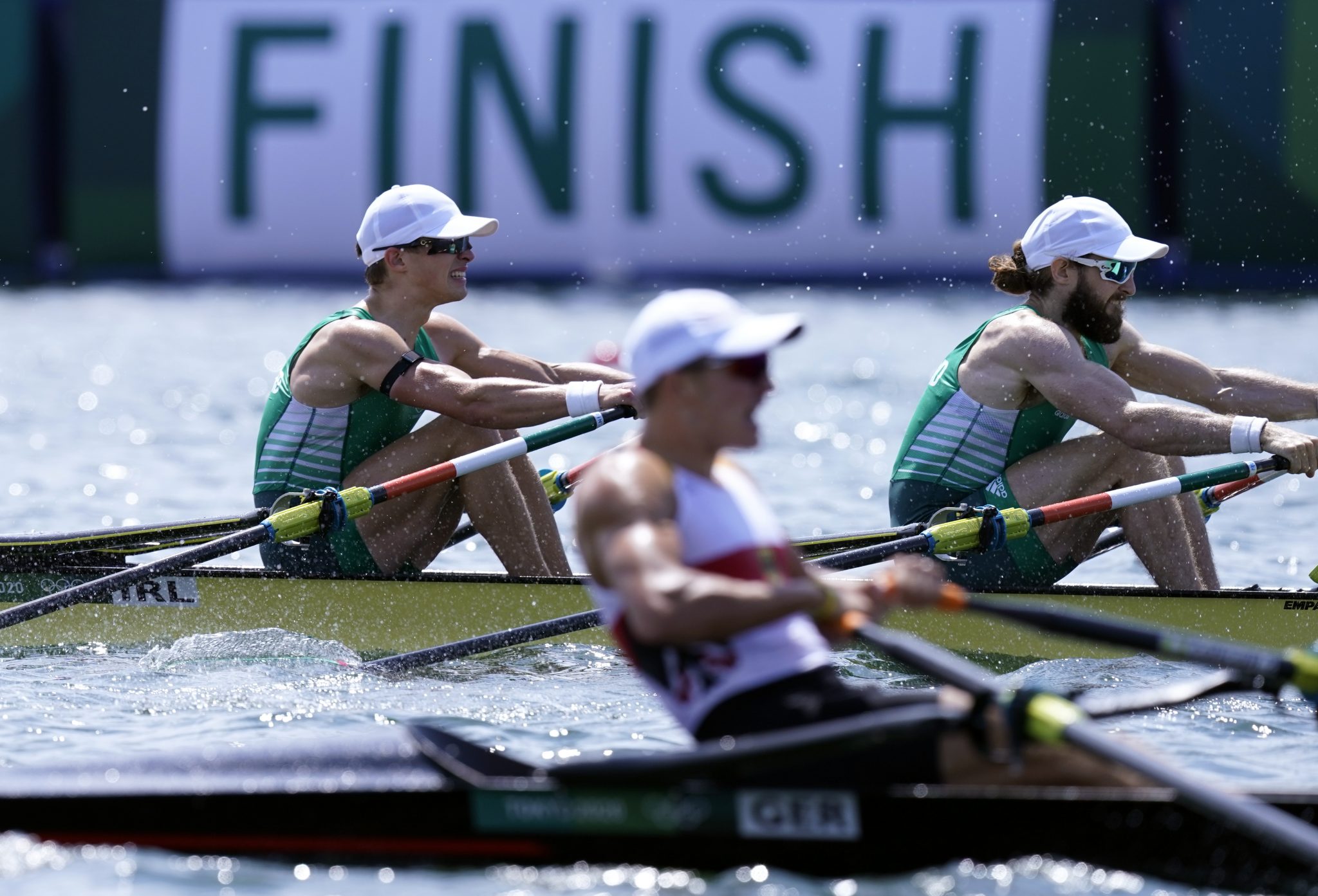 Fintan McCarthy's brother - Jake - joined us to discuss how the team's exploits have added another incentive for his own career.

"Even watching it last night, the emotion and the impact that it's had on everyone just motivates you to keep at it and hopefully be there one day. We'll all keep at the training again and go at it again in the next few years."

"Having Paul with him has been a good thing because he's very experienced and a cool customer, so [Fintan] can look to him and be calm about things."

Journalist Brendan O'Brien joined us from Tokyo to discuss the personas of the newest Irish Olympic champions.

"The Czech guy described Paul O'Donovan as a 'monster'. He is once in a generation - once in a multi-generation - talent," O'Brien said.

"This may be premature because he hasn't won as many as this man, but he's our Steve Redgrave. You could nearly look at Fintan McCarthy like our Matthew Pinsent; someone who would be main man if it wasn't for the main man of all main men!

"Forty minutes after their race, you look at Sanita Puspure who wasn't as hot a favourite but everyone expected her to win a gold. Then you look at her crouched over in utter despair in her boat, having looked so serene all week.

"She and the lads were on parallel paths all week, one gets to the final and crushes it, the other gets to a semi and it all falls apart.

"It just goes to show you that on the big stage it doesn't always come through, but the great magic with these two lads is that it always does - and I'm not sure how they seem to do that."

Indeed are proud to support Team Ireland at the Tokyo 2020 Olympics.