Former US Open champion Andy Murray was unhappy with a long break taken by Stefanos Tsitsipas during their first-round match at Flushing Meadows.

Murray was critical of the Greek for taking an eight-minute toilet break before the fifth set of their first-round match at the US Open.

Murray complained to umpire Nico Helwerth and match supervisor Jerry Armstrong about the long delay and when Tsitsipas returned, the third seed went on the win the deciding set to close out a 2-6 7-6 (9-7) 3-6 6-3 6-4 victory.

"The toilet’s right there. What’s he doing in there?" Murray asked during Tsitsipas’s break.

"It’s never once taken me that long to go to the toilet, ever."

Tsitsipas also left the court for a toilet break at the end of the second set and had a medical time-out for treatment on a foot injury before the fourth set.

"It’s not so much leaving the court, it’s the amount of time … you cannot stop the way that that affects you physically," Murray added in his post-match press conference.

Fact of the day. It takes Stefanos Tsitipas twice as long to go the bathroom as it takes Jeff Bazos to fly into space. Interesting. 🚽 🚀

"It’s disappointing because I feel it influenced the outcome of the match. I’m not saying I win that match for sure, but it had influence on what was happening after those breaks."

Murray added: "Every single time it was before my serve, as well. Also in the fourth set when I had 0-30, he chose to go and I think he changed his racquet.

"It can't be coincidence that it's happening at those moments.

"I rate him a lot. I think he's a brilliant player. I think he's great for the game. But I have zero time for that stuff at all, and I lost respect for him." 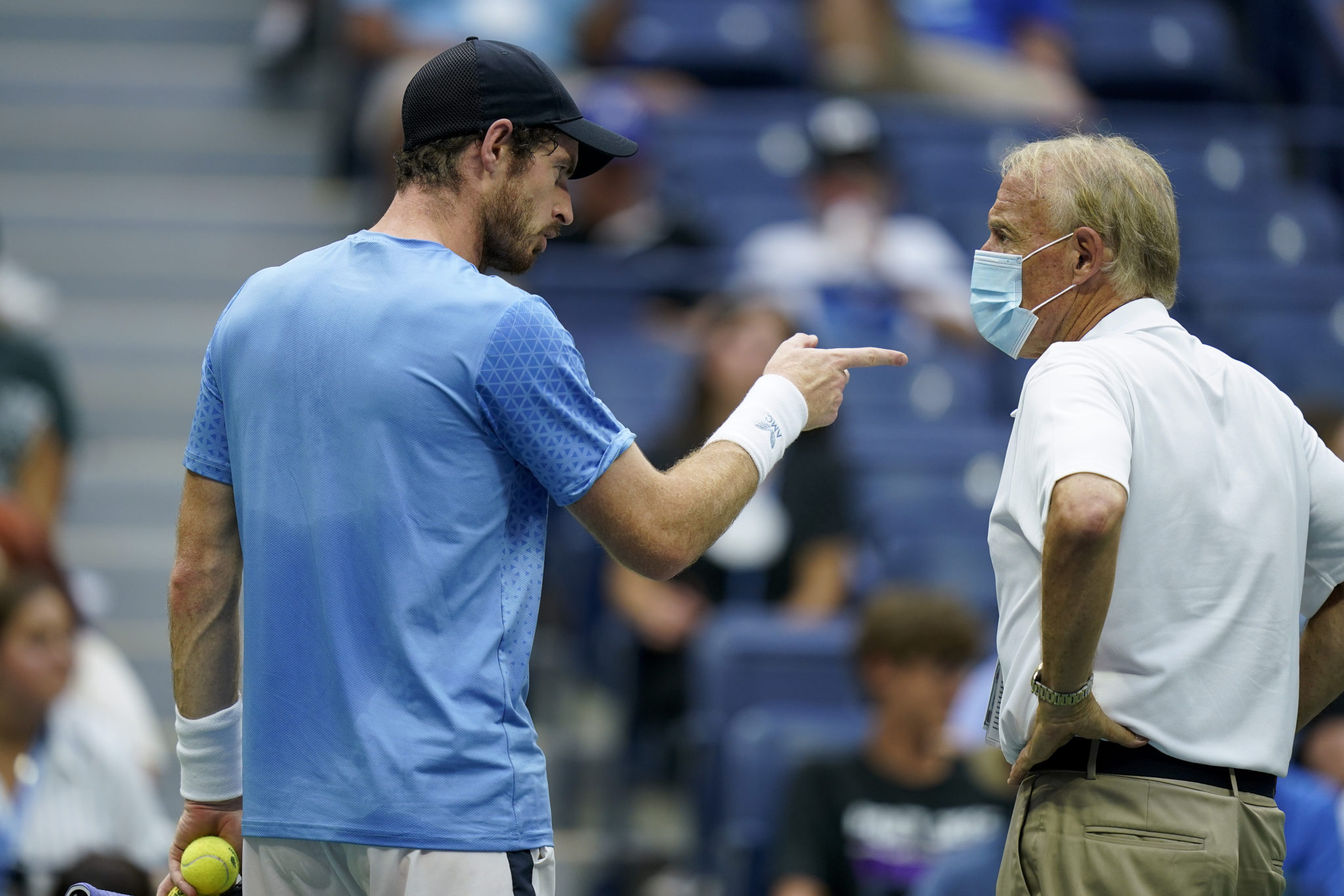 Andy Murray, of Great Britain, complains to an official between sets against Stefanos Tsitsipas, of Greece, during the first round of the US Open tennis championships, Monday, Aug. 30, 2021, in New York. (AP Photo/Seth Wenig)
Advertisement
Tsitsipas said after the match that he did not break any rules and that he has always followed the guidelines throughout his career.

"I think it's clear that I took my clothes with me when I left the court," he said.

"That's the amount of time it takes for me to change my clothes and to walk back to the court takes a little bit of time."

Players are allowed two breaks for using the toilet and changing clothes in a five-set match, with breaks only permitted at the end of a set.

When asked if he could understand why Murray was annoyed Tsitsipas replied: "If there's something that he has to tell me, the two of us should speak to understand what went wrong.

"I don't think I broke any rules. I don't know how my opponent feels when I'm out there playing the match. It's not really my priority."