The quartet of Finn McGeever, Jack McMillan, Gerry Quinn and Jordan Sloan placed fifth in their final at the European Aquatics Championships in Budapest on Wednesday evening.

They did so in a new Irish record time of 7:12.00. That time shaved nearly 3/4 of a second off their previous best which they'd only set in the semi-finals.

Their final time puts them in contention for a place at Tokyo 2020. The qualification period comes to a close on May 31.

Ireland hasn't had a relay team represent the country at an Olympic Games since 1972. No Irish men's team has ever qualified. 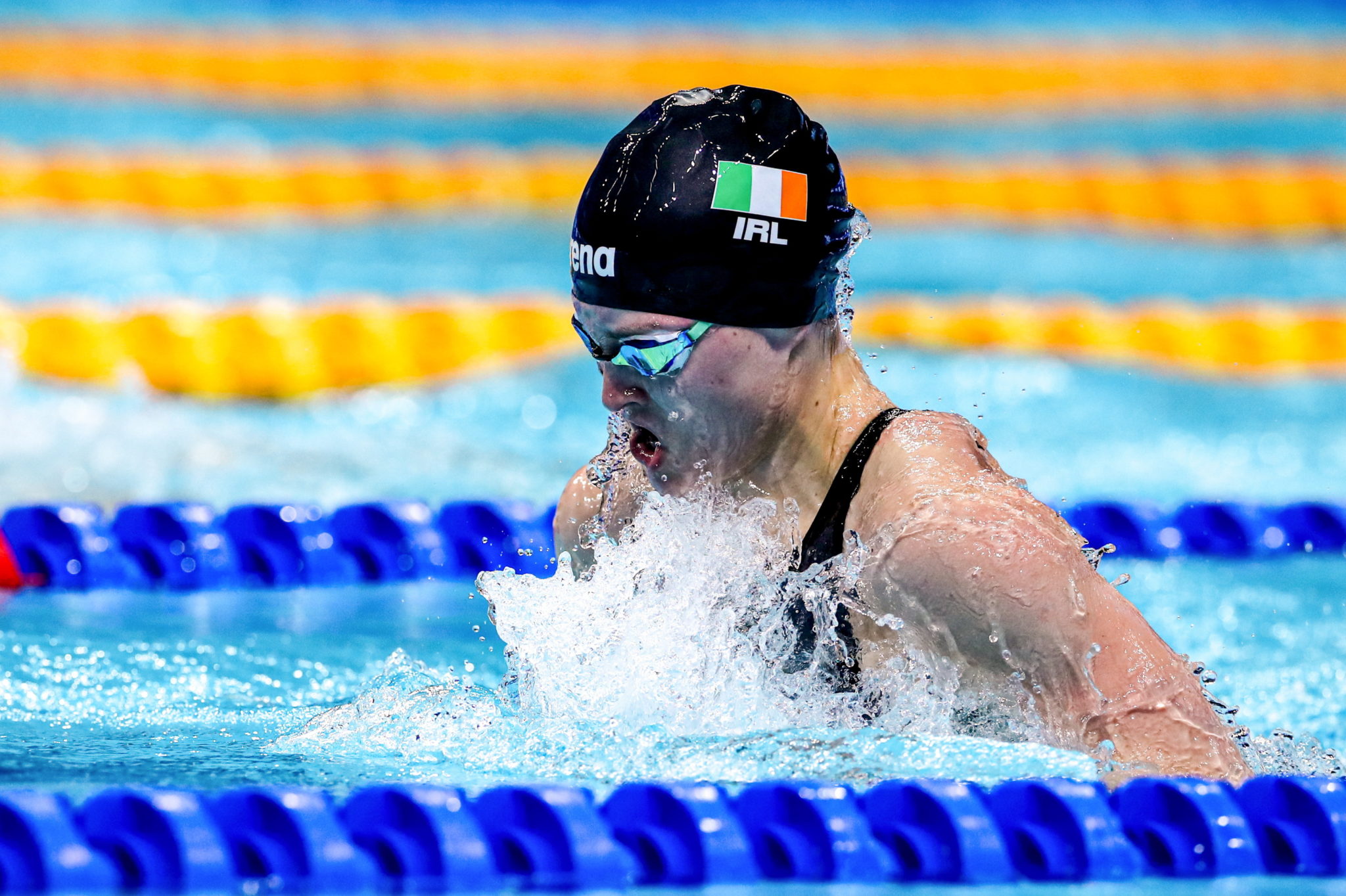 19 May 2021; Mona McSharry of Ireland competes in the final of the women's 100m breaststroke event during day 10 of the LEN European Aquatics Championships at the Duna Arena in Budapest, Hungary. Photo by Marcel ter Bals/Sportsfile

Swim Ireland’s National Performance Director, Jon Rudd, said: “We couldn’t have asked any more from those four boys tonight – commitment to the cause, performing for each other and for the collective.

“An Irish senior record again, one place higher than the heats and a time that puts us very much in the mix.

"Only time will tell now if that is the historic swim we were looking for.”

Earlier in the evening, Mona McSharry placed 7th in the final of the women's 100m breaststroke. She did so in a time of 1:06.58, just .37 outside of a medal position.

While the four 100m Irish Senior Record-holders in their strokes – Shane Ryan, Darragh Greene, Ellen Walshe and Danielle Hill – take to the blocks in the heats of the mixed 4x100m medley relay.