The Republic of Ireland will fly to Iceland for an international friendly double header against t...

The Republic of Ireland will fly to Iceland for an international friendly double header against the host nation in June.

Irish boss Vera Pauw will use the two games as the final preparation ahead of the start of the 2023 FIFA Women’s World Cup qualifiers in September.

The Girls in Green were drawn into Group A, alongside Sweden, Finland, Slovakia and Georgia, with games to be spread out over 2021 and 2022 ahead of the World Cup finals, which take place in Australia & New Zealand.

Pauw wants to make the most of the two games against Iceland on June 11th and June 15th in Reykjavik.

"It is really important that we get to use this international window to continue our preparations for the 2023 FIFA World Cup Qualifiers,"said Pauw.

"We have made a lot of positive strides in recent months in each of our sessions together and this week, with two tough games, will provide us with another opportunity to continue that work. 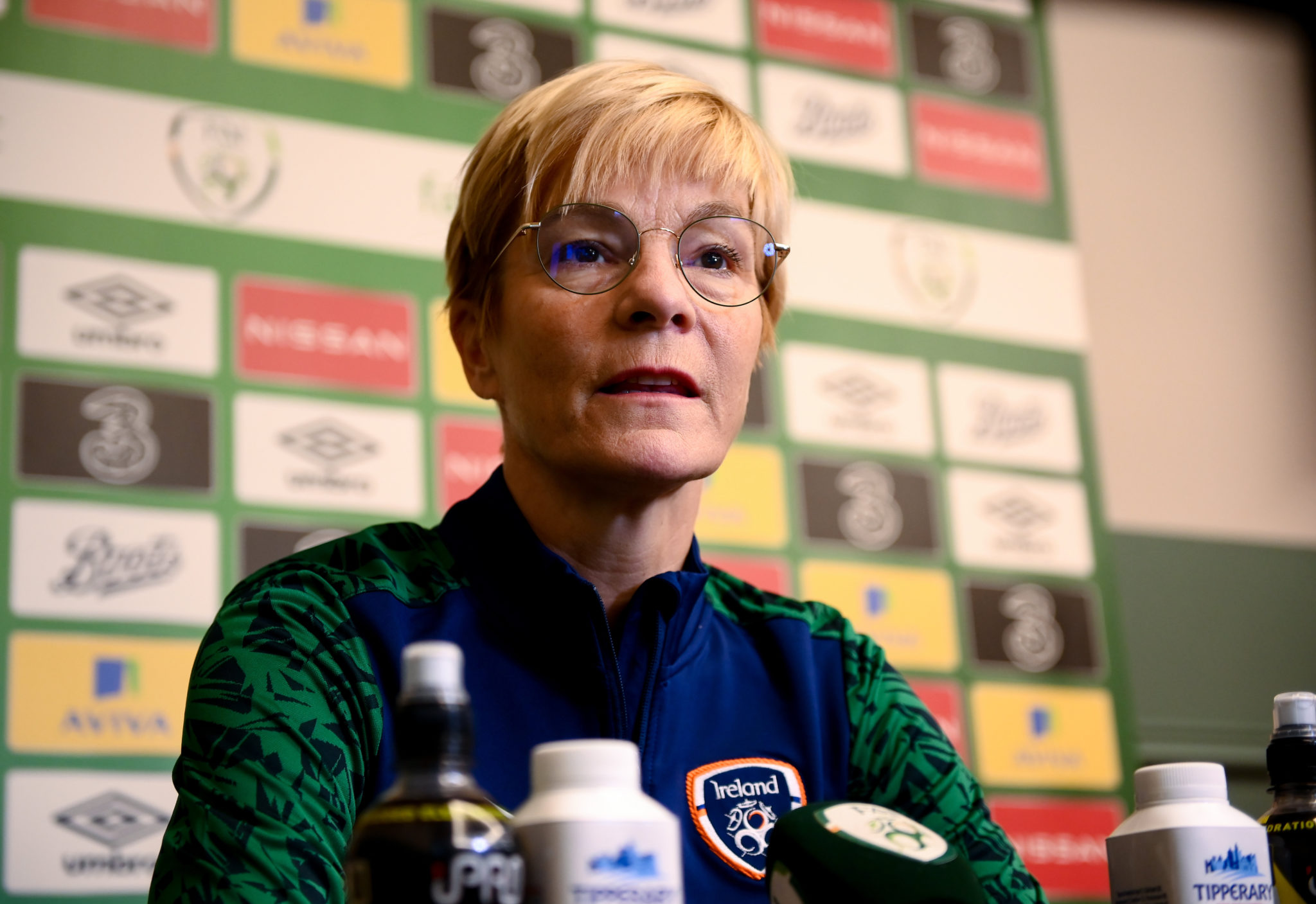 22 November 2020; Republic of Ireland manager Vera Pauw during a virtual press conference at the Castleknock Hotel in Dublin. Photo by Stephen McCarthy/Sportsfile

"For this window, we had many different options but ultimately we chose to play against Iceland, who are ranked 17th in the World and have qualified for EURO 2022. Just like our decision to play Denmark and Belgium in April, we want to test ourselves against high calibre opposition.

"It is crucial that we maintain the standards that we have raised in our last few camps and work harder to get even better. It’s clear to see that the more time that the staff get to have with the players there are noticeable improvements made. I look forward to meeting up with the players and staff again to continue that work.

"Once again, I would like to thank the Government, the Health Service Executive, Sport Ireland and everyone at the FAI for making these games possible. We do not take our elite status for granted during this COVID-19 pandemic and will continue to follow the protocols and the advice of our medical staff."