Spurs went into a first European Cup semi-final since 1962 without Harry Kane and the suspended Son Heung Min.

And it was four-time champions Ajax who struck first after 16 minutes. Academy product Donny van de Beek found space in the Tottenham box after a good pass from Hakim Ziyech.

Spurs were dealt a further blow before half-time after defender Jan Vertonghen suffered a head injury and had to replaced, with Moussa Sissoko coming on. 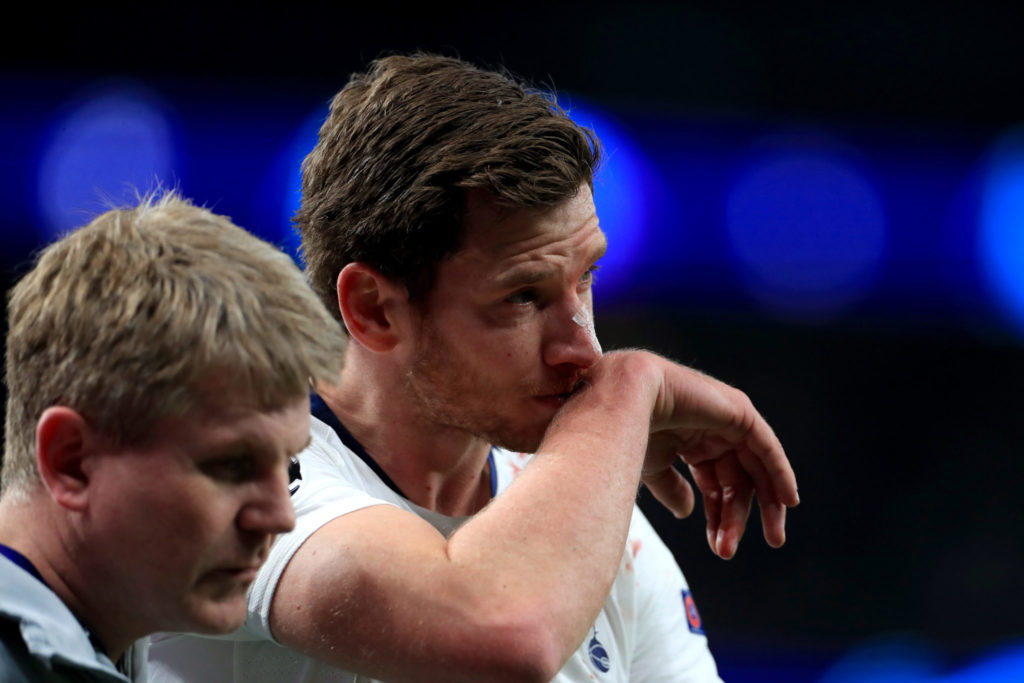 Tottenham Hotspur's Jan Vertonghen after being treated for an injury during the Champions League, Semi Final, First Leg.

In a tight game, Spurs edged the possession battle 51% to 49 but Ajax had more shots on-target.

Ajax almost made it 2-0 with 11 minutes to go when David Neres hit the post with a well-struck shot.

However, they have to settle for a 1-0 lead which they will look to defend when Spurs visit the Johann Cruyff Arena for the second leg.

But it continues Ajax's fairytale campaign as they seek a first Champions League final appearance since 1996.

You can watch Kenny Cunningham's thoughts on the game below via our YouTube: