The SSE Airtricity Premier Division clash of Waterford and Shamrock Rovers was held up for ten-mi...

The SSE Airtricity Premier Division clash of Waterford and Shamrock Rovers was held up for ten-minutes after fireworks were aimed at the pitch.

Rovers had received a guard of honour from their hosts prior to the game at the RSC, having wrapped up the league title a week ago.

A number of fireworks were aimed towards the RSC, with some appearing to make contact with the players.

The fireworks appeared to come from the section of travelling Rovers support, and were met with boos by the Blues faithful.

Referee Rob Hennessy decided to call the players off the pitch for ten minutes, before resuming the game.

Rovers could find themselves in serious bother with the FAI as a result.

The association's rules state: "The visiting club/team is liable for improper conduct among its own group of spectators, regardless of the question of culpable conduct or culpable oversight and depending on the situation, may be fined and/or instructed to pay compensation for damages.

"Further sanctions may be imposed in the case of serious disturbances. Supporters occupying the away sector of a stadium are regarded as the visiting supporters, unless proven to the contrary."

They add, "Improper conduct includes but is not limited to violence towards persons or objects, letting off incendiary devices, causing damage to stadium facilities. throwing missiles, use of smoke bombs, flares or fireworks, displaying insulting slogans in any form, uttering insulting sounds, racist behaviour or invading or encroaching onto the pitch." 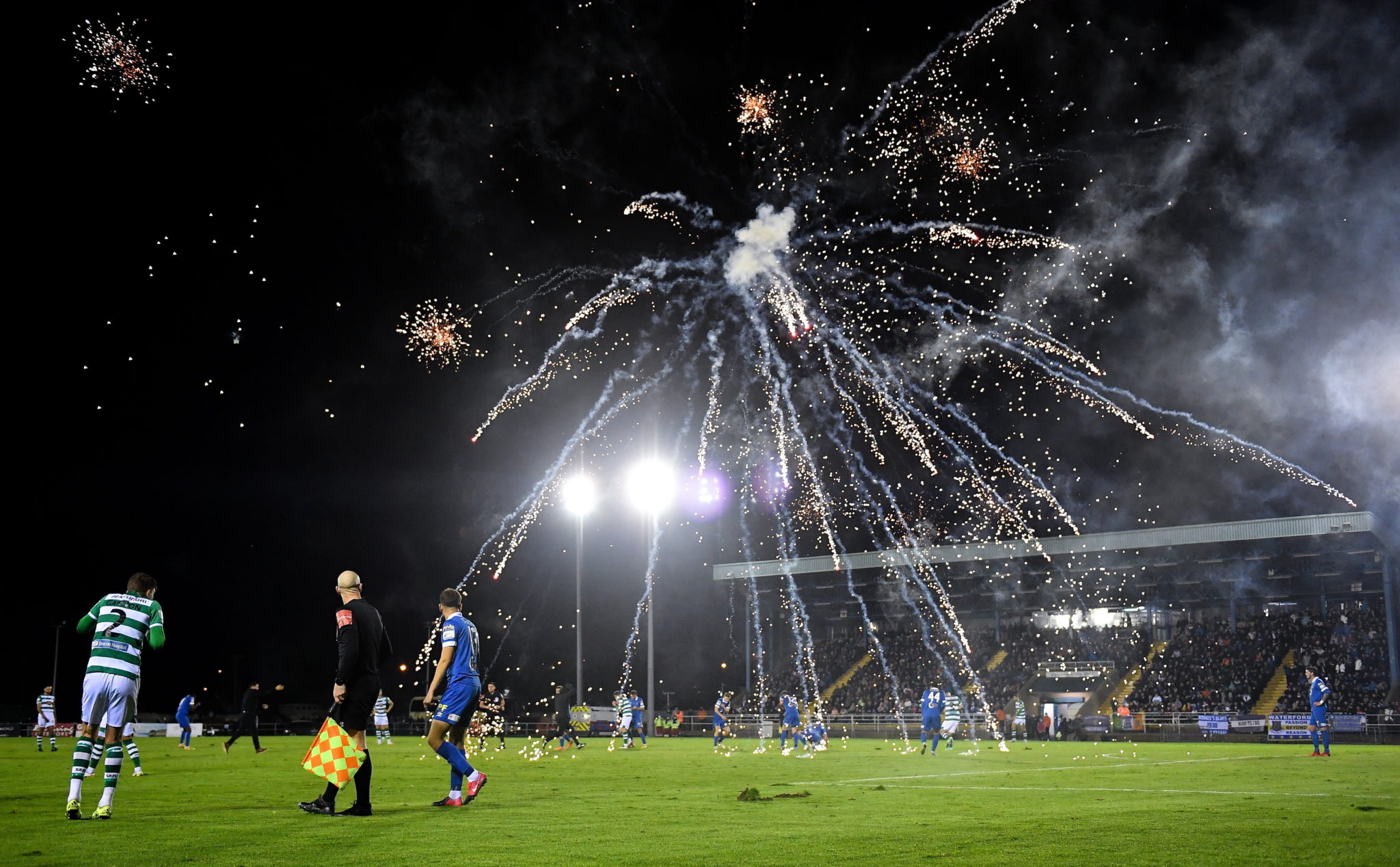 5 November 2021; A firework explodes over the pitch during the SSE Airtricity League Premier Division match between Waterford and Shamrock Rovers at the RSC in Waterford. Photo by Seb Daly/Sportsfile

Sligo Rovers to no longer accept sponsorship from gambling companies