Wales head coach Warren Gatland has revealed his sense of shock after Rob Howley was sent home from the Rugby World Cup for an alleged breach of betting and anti-corruption regulations.

Assistant coach Howley was sent home from Japan yesterday, with the Welsh set to face Georgia in their tournament opener on Monday.

Howley has been suspended from all matters relating to rugby and is banned from the tournament with immediate effect pending a disciplinary hearing.

Speaking at a press conference in Kitakyushu, Gatland said: "We were shocked by it."

The 48-year-old former Wales captain has been part of Gatland's coaching team since 2008.

Gatland added: "It took a bit of time to sink in. It is now how we turn a difficult situation into a positive one.

"I texted Rob to see how he got home and that he was OK."

The 56-year-old coach admitted: "You have to deal with adversity at times, the players have really stepped up. We have got to draw a line in the sand.

"My focus has to be on preparing the team for the first World Cup game against Georgia. It hasn't really altered preparations. It will focus us. It is important we focus on the rugby." 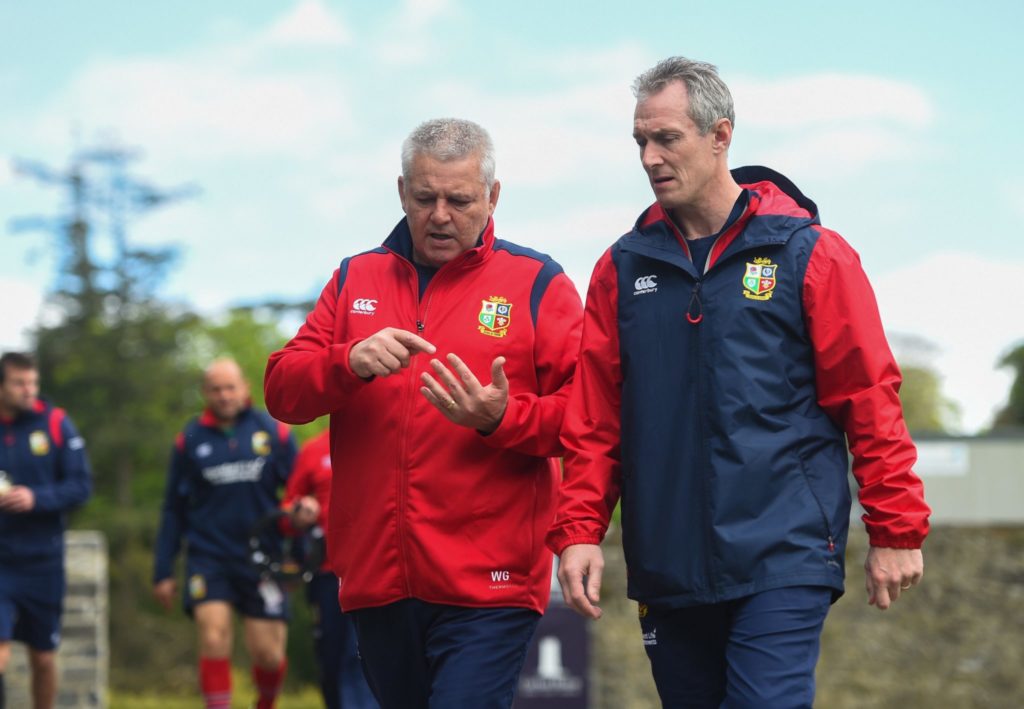 Former Wales out-half Stephen Jones, who was set to take over the role in 2020, is flying out to replace him.

Phillips said: "We were contacted on Wednesday last week, and then contacted formally with some further information on Friday."

"We needed to be quick and decisive. We were very conscious that we acted in a way you would expect a governing body to act.

"After open training on Monday, we sat down with Rob. He was very co-operative. The formal process will carry on back in Wales.

"There will be an investigation. It is a pretty serious allegation. The investigation hasn't started. There are other agencies to manage. My focus is on doing it right.

"We have made a change, and I think we stick with that change now. Stephen is coming and he is in for the duration."

World Rugby has also stated that it "fully supports" the Welsh Rugby Union's "proactive approach" over the Howley allegations.