Ulster head coach Dan McFarland has made five changes to his starting team for the Heineken Chall...

Ulster head coach Dan McFarland has made five changes to his starting team for the Heineken Challenge Cup semi-final versus Leicester Tigers.

The northern province face the English side at Welford Road Stadium tomorrow, off the back of their PRO14 Rainbow Cup defeat to Connacht last Friday.

Eric O’Sullivan and Marty Moore replace Andrew Warwick and Tom O'Toole in the front row, while Rob Herring is retained at hooker.

Iain Henderson will captain the side and is joined by Alan O’Connor who gets the nod in the engine room ahead of Kieran Treadwell.

Matty Rea retains his starting berth at blindside flanker with Jordi Murphy returning to the openside position, in place of Sean Reidy, and Nick Timoney completing the base of the pack at number eight. 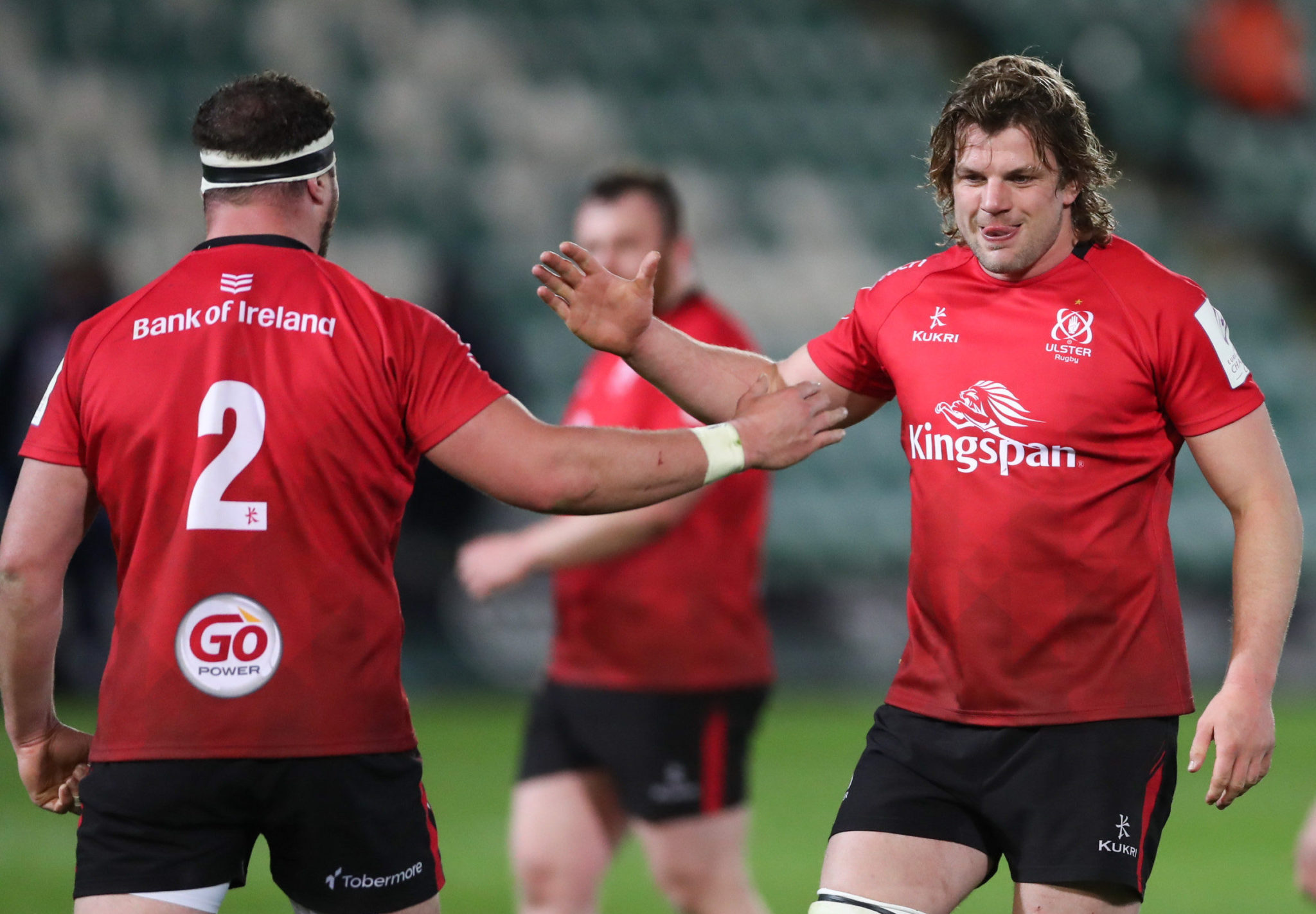 10 April 2021; Jordi Murphy, right, and Rob Herring of Ulster embrace after their side's victory in the Heineken Challenge Cup Quarter-Final match between Northampton Saints and Ulster at Franklin's Gardens in Northampton, England. Photo by Matt Impey/Sportsfile

The starting back three remains unchanged; Jacob Stockdale is named at full-back, with Ethan McIlroy and Robert Baloucoune on the wings.

Stuart McCloskey comes back into midfield instead of Stewart Moore and pairs up with James Hume. John Cooney starts at scrum-half with Billy Burns at fly-half.