Swan rode Istabraq to victory three times in the Champion Hurdle at Cheltenham over the course of his career.

He was twice top jockey at the festival, and champion National Hunt jockey in Ireland for nine consecutive years. Swan says he can clearly remember his first time riding the Aidan O'Brien-trained horse.

"I rode him at The Curragh one day, schooling over hurdles. I remember Aidan said to me he thinks this horse is really special.

"I schooled him... from the first jump he never went to run out, he just took on his hurdles and was just a total natural to the jump, which was quite unusual for a flat horse, you know?"

Johnny Ward gave his own thoughts on the horse, and said it's tough to find an animal of that calibre in racing these days.

"You won't get horses winning Champion Hurdles like he did. Istabraq was before my time in terms of when I got into racing, but that doesn't mean I didn't hear about him.

"If ever there was a horse synonymous with a jockey it was Istabraq and Charlie Swan. Also [there was] the fact that he was trained by Aidan O'Brien and ran in the really famous colours of JP McManus.

"It's easier to punt horses nowadays I think than it was when Istabraq was running... punters have far more opportunities to kind of look at the form, look at this or that.

"But Istabraq was that banker. Maybe the most telling thing about Istabraq was the fact that, by the time of his final race when he was pulled up despite being a strong favourite, he was given an unbelievable reception from the Cheltenham crowd as he went past the stands. 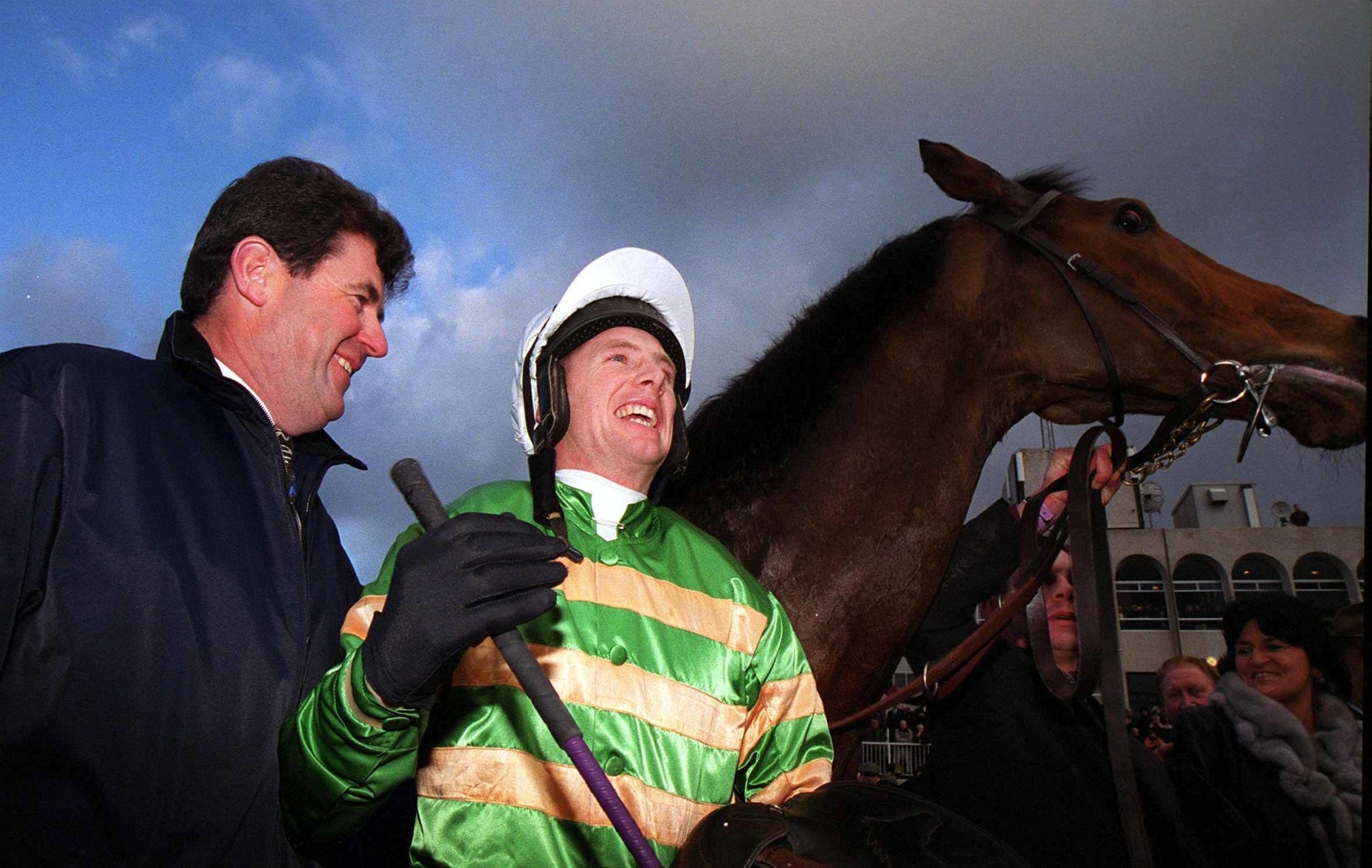 "That defies that inherent gambling urge you'd associate with horses, this was much more than that. It was because everybody loved Istabraq and what he represented, be they British or Irish."

Swan also says he had an interesting reception himself when he called it a day as a jockey once and for all.

"I had two rides the following day, and my second last ride I got a fall at the last. The horse was probably going to finish third and when I was coming in... there's always one person... one person said 'You should have retired yesterday!'

"There's always somebody... I didn't put in the language now [that] he said!"

You can watch back Charlie Swan's in-depth interview with Ger Gilroy and Johnny Ward on 'Friday Night Racing' right here.

Aidan O'Brien withdraws all of his runners at Longchamp