There's room for an Elsom like signing at Leinster | Stuart Lancaster

There's room for an Elsom like signing at Leinster | Stuart Lancaster

Leinster senior coach Stuart Lancaster believes the PRO14 champions would benefit from signing an experienced forward from abroad this summer.

The Blues were out-muscled in their Heineken Champions Cup semi-final defeat to La Rochelle last weekend and veteran Wallaby Scott Fardy will depart the province at the end of the season.

Lancaster insists that radical change is not needed at the province but he thinks they should be able to replace Fardy with another high-quality import.

"I don't feel we need to change our philosophy," the former England head-coach told OTBAM. "Recruitment wise, when Leinster have been successful over the years, and this if before my time, there's always been a Brad Thorn or a Rocky Elsom or somebody like that.

"I think with Scott Fardy leaving and one or two others, there's definitely room for one player like that, particularly in the pack. But we should also be proud in terms of what we have the home-grown talent.

"I look at the age profile of the Leinster squad and and the quality of the young players we have, and I'm talking about a Garry Ringrose or James Ryan young, I think we're in great shape." 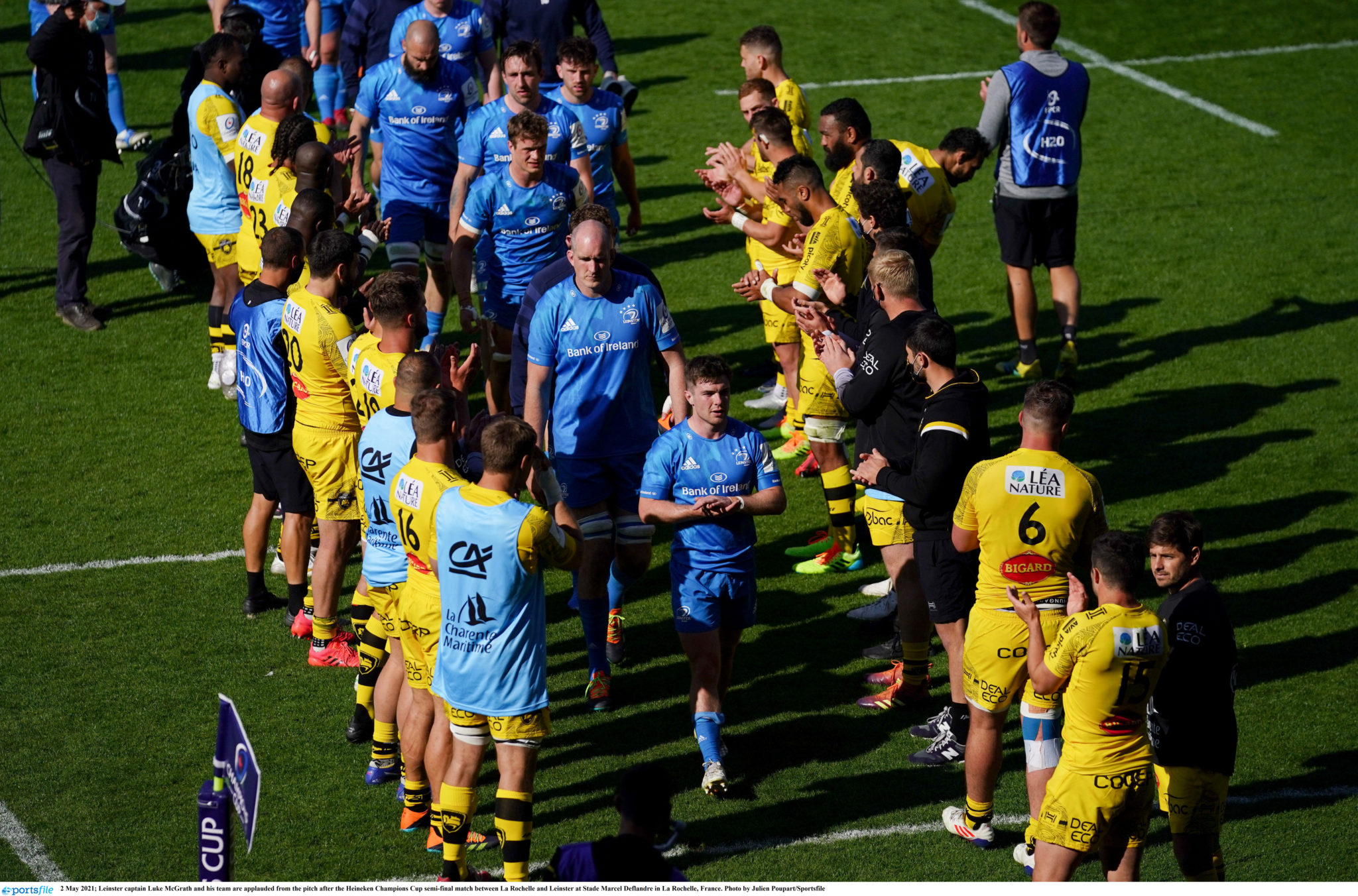 Lancaster has committed to two more seasons with Leinster and he doesn't think overhauling the IRFU's model is needed for the Irish provinces to be competitive on the European stage.

"In terms of a magic wand, do we change the model in Ireland and go and have the French model? 50% of your squad would be home grown and the rest are from South Africa, New Zealand and Australia. I don't think that's the answer, personally.

"The genetic make-up of the country in Ireland is what it is but that doesn't mean you can't win games and we've proven that. Yes we've lost against Saracens and now La Rochelle but we've beaten Toulouse who are unbelievably powerful. We've beaten big English and French teams home and away.

"The French teams have signed a TV deal that's astronomical in terms of the finances for their game. They're allowed to bring in medical jokers, they can lose someone during the season and bring in someone bigger and better. It is a different playing field but it isn't one which we can't overcome.