Republic of Ireland full-back Enda Stevens insists their international 'bubble' is as strong as e...

Republic of Ireland full-back Enda Stevens insists their international 'bubble' is as strong as ever, despite two positive COVID-19 cases.

One player tested positive prior to Sunday's 0-0 UEFA Nations League draw with Wales, while another will miss Wednesday's game away to Finland.

Four players had been close contacts of the player infected ahead of the Wales game, and had to miss the meeting with Ryan Giggs' side.

The number of infections have led some to question just how strong the Ireland bubble really is.

"We are completely locked away from everybody outside, in the hotel. There's no family, there's no friends coming up meeting you in reception or anything.

"We are in a complete bubble." 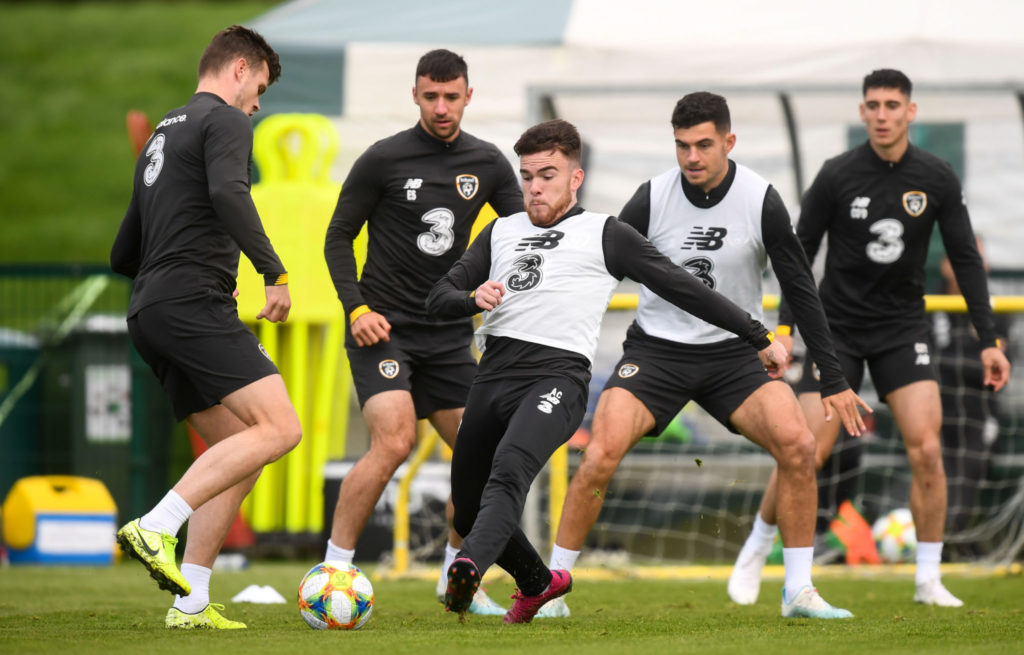 The 'new normal' is also undiscovered territory, and the Sheffield United man says everyone is still getting used to they conditions within which they now operate.

"Obviously we feel safe," the 30-year old said from Helsinki, "It's kind of our first experience with it all happening, I mean club and country.

"It's just something that we've been living with for the past months, and yeah you are in contact with your club.

"Even before COVID was here, our clubs would still be in contact with us asking 'was everything ok?' and that.

"It's new to a lot of us, but it's just something that we have to get on with. It's here and it's not going anywhere soon.

"We have to trust in the doctors and the staff here - they're doing their very best to keep us safe - and hopefully they can."

Stevens says the withdrawals around these Nations League games have upset their rhythm, but he's buoyed by the return of Aaron Connolly.

The pair had begun to build up a rapport down the left-hand flank prior to the Brighton forward's forced omission from the Slovakia Euro playoff.

"It's very important to play as much as you can with lads and build up that relationship," Stevens said.

"Aaron's got a bright future ahead of him, he's doing excellent for Brighton and hopefully we can build up that relationship and create a lot of goals for Ireland."