Sean O’Brien may have played his last game for Leinster

Sean O’Brien may have played his last game for Leinster. The Tullow Tank is suffering from a hi...

Sean O’Brien may have played his last game for Leinster

Sean O’Brien may have played his last game for Leinster.

The Tullow Tank is suffering from a hip injury ahead of Saturday’s Guinness Pro 14 final against Glasgow at Celtic Park.

The London Irish bound flanker suffered the problem during the Heineken Champions Cup final defeat to Saracens in Newcastle.

He sat out the weekend’s Pro 14 semi-final win over Munster at the RDS and missed Monday’s training session.

O’Brien, who has made 126 appearances for his Province, has agreed a three-year deal to join Declan Kidney at London Irish after the World Cup in Japan.

When he announced the move O’Brien described leaving Leinster as, “one of the hardest decisions that I have ever had to make”.

“I have played all my rugby in Ireland. That being said, I feel that the time has come to explore other opportunities, to challenge myself at a new environment, in a new city, with a new club and against different players and teams on a weekly basis.”

Backs coach Felipe Contepomi says he is determined to wear the Leinster shirt one more time. “He’s working hard to be selectable.” 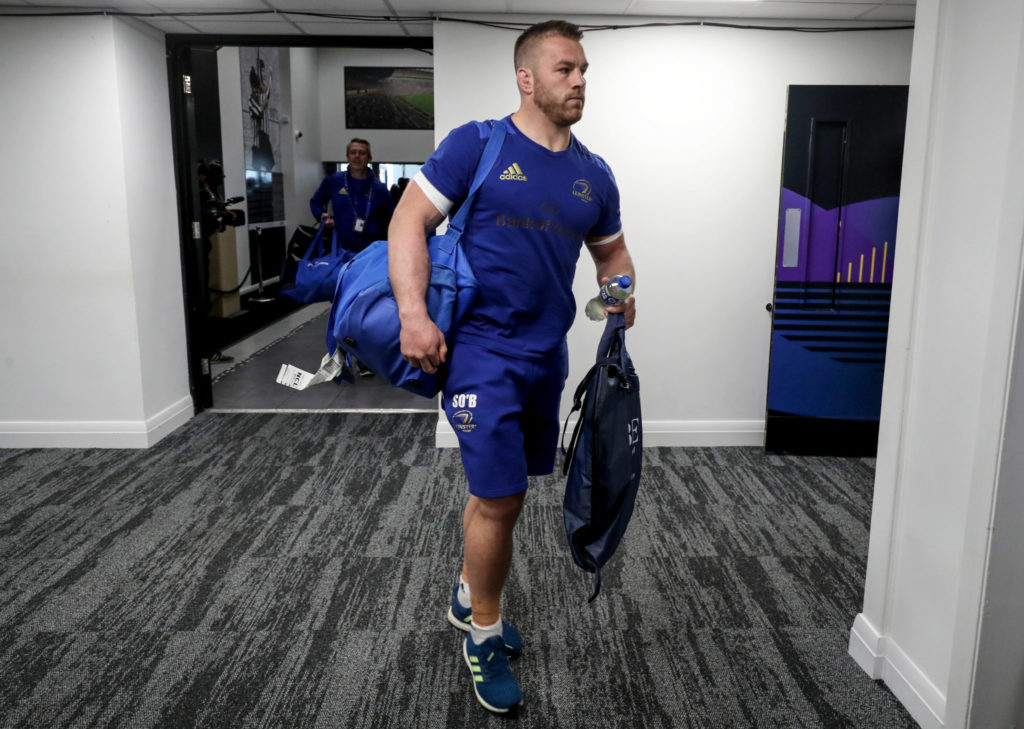 Rob Kearney could be back in the number 15 shirt in Parkhead this weekend.

The Ireland full-back went through return to play protocols after suffering a head injury during the defeat to Sarries at St James Park.

Kearney’s younger brother Dave replaced him in the back three for the win over Munster, but he is now back training.

Scott Fardy is also set for a recall to the starting XV.

The veteran Australian lock is expected to partner James Ryan as Devin Toner has been ruled out with a knee injury.

Toner is now thought to be sidelined for four to six weeks, so the injury should not affect his World Cup preparations.

Luckless Connors facing another 10 weeks on the sidelines