Chelsea have reached an agreement with Juventus over Maurizio Sarri. The Italian will leave Chels...

Chelsea have reached an agreement with Juventus over Maurizio Sarri.

The Italian will leave Chelsea after just one season in the Premier League. Sarri's expected to sign a three-year deal to become the new Juventus manager within the next 24 hours.

Chelsea have agreed a deal in principle for their manager Maurizio Sarri to join the Serie A champions.

Both clubs have thrashed out a compensation package with Chelsea set to receive more than £5 million.

Juve announced last month that Massimiliano Allegri would be leaving the club and with Sarri set to replace him, it could clear the way for Derby manager Frank Lampard to return to Stamford Bridge.

Whoever the new Chelsea manager is, he will not be able to sign any new players due to a two-window transfer ban imposed by FIFA.

The new boss will also have to do without Eden Hazard, who was unveiled to the Real Madrid fans at the Bernabeu last night. 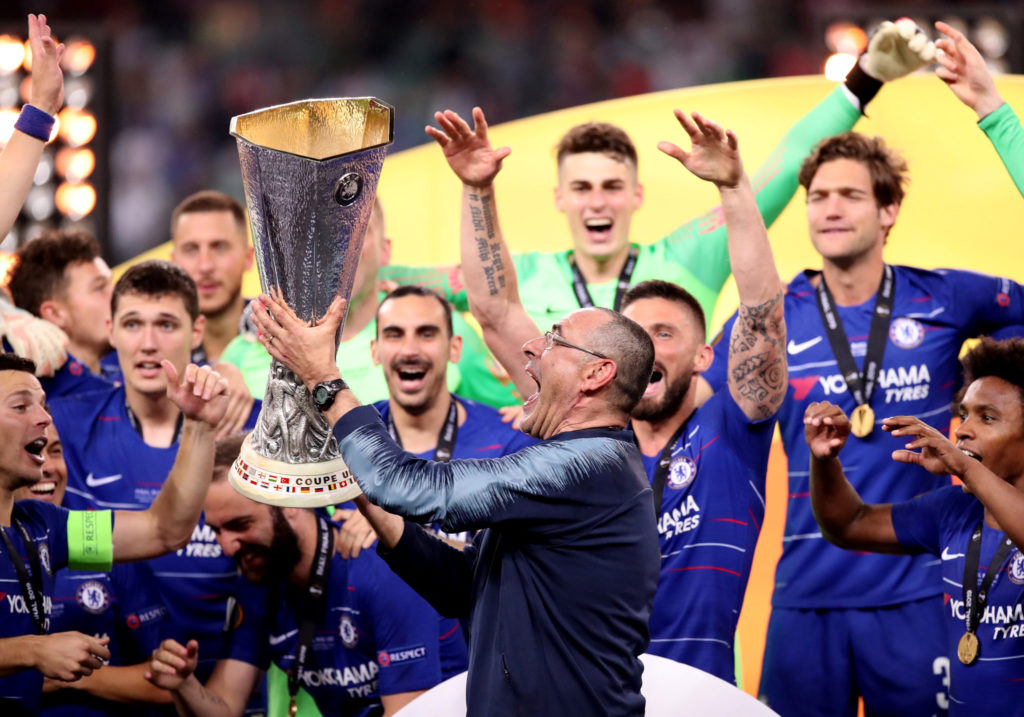 Maurizio Sarri arrived from Napoli last July on a three-year deal and led the club to third place in the Premier League, won the Europa League and reached the League Cup final.

It was the first piece of silverware for Sarri, who had his critics throughout the season.

The 60-year-old said a 6-0 defeat to Manchester City in early February was a turning point in the season.

It came on the back of a poor run of form that saw Chelsea lose three out of four league games to slip to sixth in the table.

It looked like Sarri may not see out the season but Chelsea took City to penalties in the League Cup final two weeks after the hammering at the Eithad Stadium.

Goalkeeper Kepa Arrizabalaga refused to be substituted in that final at Wembley, shortly before the shootout.

Chelsea only lost two of the 19 matches played after the League Cup final and finished the season on a high with a 4-1 win over Arsenal in the Europa League final.

They also secured a third-place finish in the league, overtaking Tottenham, Arsenal and Manchester United.