Sam Bennett has been denied back-to-back stage wins in the Vuelta a Espana by the narrowest of ma...

Sam Bennett has been denied back-to-back stage wins in the Vuelta a Espana by the narrowest of margins.

Despite a late charge, the Carrick-on-Suir rider was beaten in a photo finish on stage 4 into El Puig by Dutch sprinter by Fabio Jakobsen (Deceuninck-QuickStep). Nicolas Roche's Team Sunweb team-mate Max Walscheid was third.

Roche finished safely within the peloton and will retain the leader's red jersey for a third stage with a 2-second lead over Nairo Quintana. 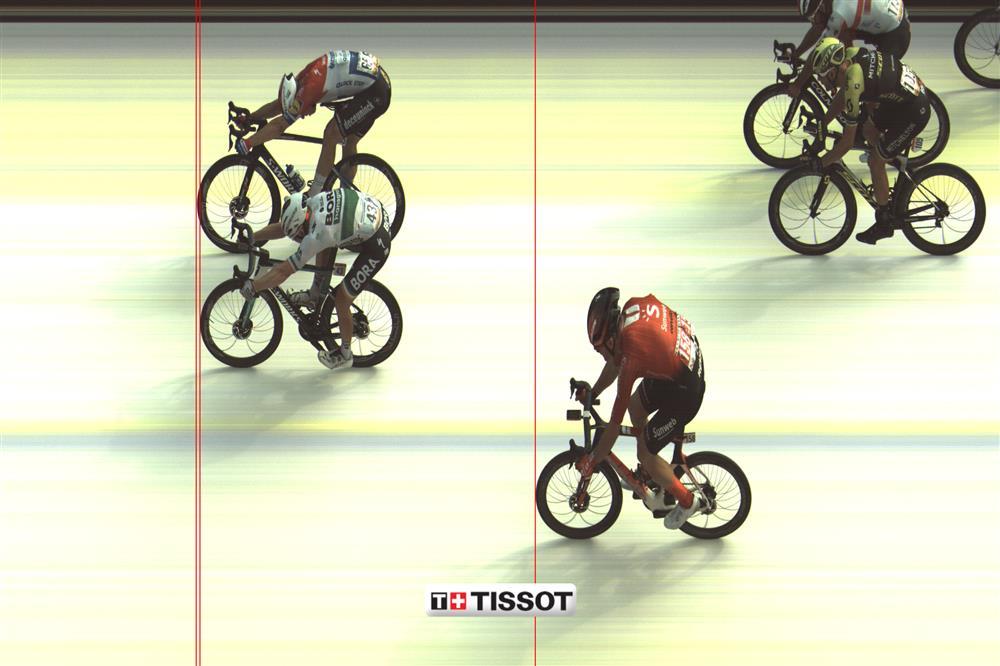 Ultimately Bennett left himself with too much to do as the 175km stage came to its conclusion, with Jakobsen doing enough to hold off the Bora-Hansgrohe rider's challenge. Speaking with Eurosport after the stage Bennett said, "This one hurts a lot, just there was nothing else we could do.

"I had to use our riders early. I just couldn't get the right position, and went the wrong side of the roundabout on the last kilometre.

"I was forcing it, but I just couldn't get the right place and couldn't get out on time. The speed was there, but I couldn't do anything else on the day.

Having picked up his 12th stage victory of 2019 yesterday, Bennett says his new-found position as favourite in these sprints is taking some getting used to, "There's a bit of pressure. Each day I wonder how I'm going to do it again, but every day I seem to be close so I should be more confident."

Jakobsen told reporters after the stage he knew he'd have to produce something special to pip Bennett, "I threw the bike for the line and couldn't see because I closed my eyes and Sam was close to me. I'm so happy to take the win.

"We wanted to come back today and show that we're a strong team with a good lead-out. We dominated the final and Richeze did a perfect leadout.

"This is a big one, especially in the Dutch champion's jersey. I came here to win a stage in this Vuelta. I'm only 22 years old and I'm so happy I can already put this on my palmarès."

Tomorrow's 5th stage is unlikely to feature Bennett as a challenger at the line as it finishes with a climb up the Alto de Javalambre.