Connacht second row Quinn Roux will not see any Six Nations Championship action in 2021 after bei...

Connacht second row Quinn Roux will not see any Six Nations Championship action in 2021 after being ruled out with a shoulder problem.

Roux was named in the original squad for the opening matches against Wales and France despite suffering with what was then thought to be neck injury but turned out to be a shoulder problem.

His provincial head coach Andy Friend revealed on Tuesday that the 30-year-old is due to have surgery this week having played with the issue for some time.

"It’s a shame for him. He has had this ongoing shoulder that has given him some grief," said Friend. 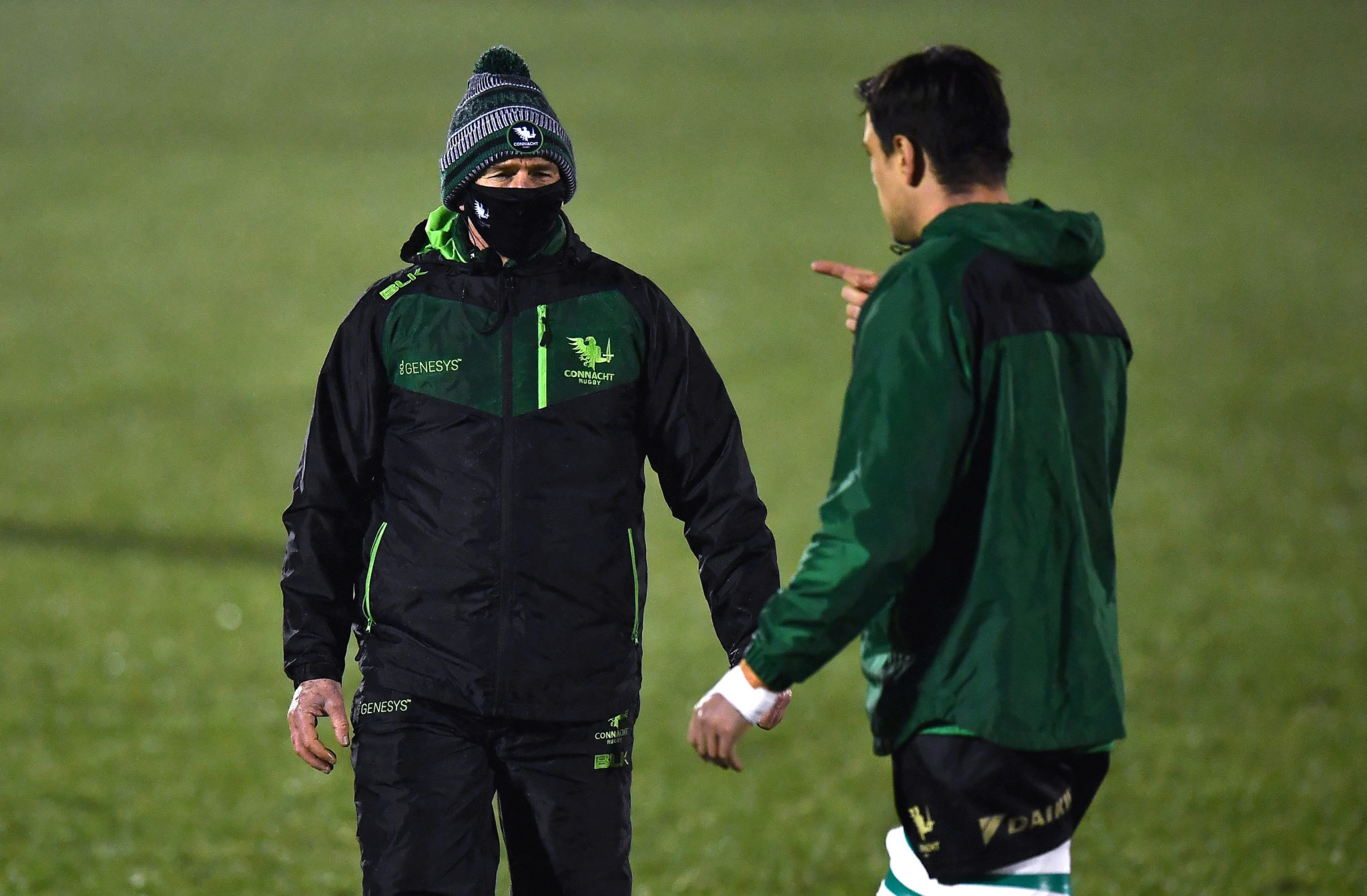 9 January 2021; Connacht head coach Andy Friend, left, with Connacht captain Quinn Roux prior to the Guinness PRO14 match between Connacht and Munster at The Sportsground in Galway. Photo by David Fitzgerald/Sportsfile

"In fact, it’s been an issue the whole time I have been here and there hasn’t been a window for him so this is an opportunity for him to go and get that done and to get sorted and we see Quinn coming back and doing the things that he does."

Roux isn't the only player from the Western province going under the knife as centre Peter Robb is due to have an operation to repair the abdomen injury he suffered in the Guinness PRO14 win at Dragons 11 days ago.

The province won't have a timeline for the 26-year-old's return until after his surgery.

Connacht host Cardiff Blues this Saturday night and there doubts over Sean O'Brien (neck) and Conor Dean (shoulder) while Ben O'Donnell, who suffered a head knock playing against Munster last month, is going through the return-to-play procedures and is also dealing with a chest injury suffered in the same game.

The province are boosted by the return of some Ireland internationals who were released back to their provinces by international boss Andy Farrell on Tuesday.

Bundee Aki, Ultan Dillane, Dave Heffernan are all back at the Sportsground and Friend confirmed that his international trio will be available for the visit of the Welsh side at the weekend.