Earlier this week, the Ireland squad picture became a little clearer for the Rugby World Cup.

Joe Schmidt cut scrum-half John Cooney from the panel and it's given an indication that Ireland will take two scrum-halves and three out-halves.

Joey Carbery, who's recovering from an ankle injury, appears primed to be the lead back-up for Johnny Sexton.

Ireland legends Brian O'Driscoll and Ronan O'Gara joined Off The Ball to dissect.

O'Gara began by emphasising what Carbery will bring to the party, including as an impact solution.

"Joey Carbery, for me, seems to be the second choice anywhere - bar 9. I think his footballing ability, he'll play in every game," he said.

"That doesn't mean he'll start. But I think he'll have a role to play in the Russia, Samoa games and also in the big games.

"Because he has something that few of the people in the green jersey have. He has that capacity to win a game on his own. I think he's that good a player, a footballer in broken play that you can throw him in anywhere."

O'Driscoll added, "He's the sort of guy if he got to a final, you'd find he played a part in all seven games."

But who will be third-in-line for the No 10 jersey? It comes down to a battle between Leinster's Ross Byrne and Connacht's Jack Carty.

Carty appears to be leading the way. But how do BOD and ROG see it panning out? In fact, O'Gara is predicting only four half-backs make the cut. 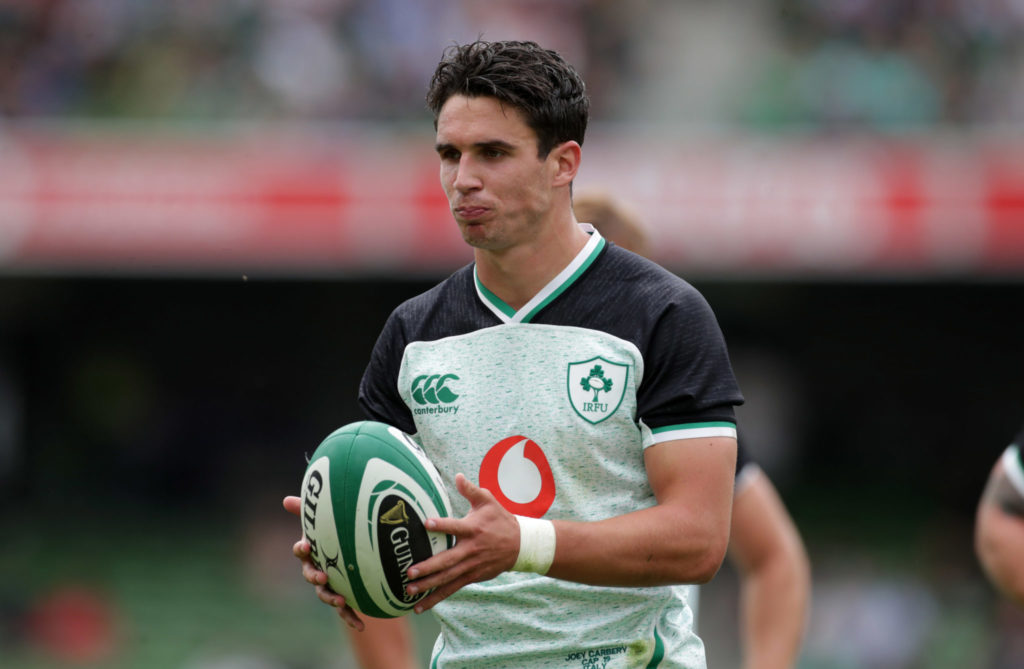 But O'Driscoll believes the injury to Carbery will force Schmidt's hand to bring a third 10.

"Carbery's injury throws a spanner in that works," said BOD.

"Because I really don't think they want to bring another 10. But now whether he's going to fit to sit on the bench for the first game is a make-or-breaker on somebody potentially getting into the squad.

"So I think there are definitely only going to be two scrum-halves. They might have their hand forced, depending on [Carbery's] situation, having to bring a third 10."

With that in mind, the two gave their thoughts on Byrne and Carty.

"I would say Ross is probably ahead in the fact that he's had more pressure moments," said O'Gara.

O'Driscoll also gave his take on that but initially had a different view.

"I would have said before the weekend that Jack was ahead because he was involved in the Six Nations," he said.

"But now I wouldn't have thought that Jack had a brilliant half an hour [against Italy]."