Queens Park Rangers say they are “vehemently opposed” to the proposed restart date of June 20th for the Championship.

QPR have accused the English Football League of failing to canvas opinion from its clubs, with the chief executive, Lee Hoos, suggesting his club are not alone in holding this point of view.

The EFL are aiming to restart the Championship season on the 20th of June and complete the play-offs by the end of July.

The lower leagues' football body say it's important to stay in sync with the Premier League, which will resume on the 17th of next month.

In a statement released on Monday, Hoos said the club, the manager, Mark Warburton, and director of football, Les Ferdinand, were stunned to learn of the provisional return date.

Championship players returned to training on 25 May and are expected to resume full-contact training this week, less than three weeks before the restart. 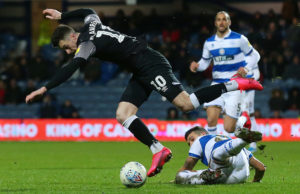 Hoos said the QPR’s views had been raised privately with the league. “I have made our feelings known to the EFL and, having spoken with a number of CEOs at other Championship clubs, I am not a lone voice on this matter. We are absolutely appalled.”

Hoos said: “Incredibly there has been absolutely no consultation with individual clubs nor with the Championship doctors’ working group by the divisional representatives – or anyone else in the Football League – regarding this matter.

“On top of that, we were only made aware of the statement 40 minutes before it was made public. Having spoken with Les and Mark, they share my views. We are vehemently opposed to this schedule.”

In a sign that perhaps not all clubs agree with QPR’s criticism, the Bristol City chief executive, Mark Ashton, said: “This is an important moment for football and the Championship and no one should underestimate the boost this will give the game, our players, our staff and our supporters.

"We have all missed football and we can’t wait for that first whistle.”

Shortened All Ireland League season to begin in January