"Pressure is a privilege" - Ruesha Littlejohn focused on Ukraine test

Ruesha Littlejohn says the Republic of Ireland squad are champing at the bit to secure qualificat...

"Pressure is a privilege" - Ruesha Littlejohn focused on Ukraine test

Ruesha Littlejohn says the Republic of Ireland squad are champing at the bit to secure qualification to next year's European Championships.

If Vera Pauw's side avoid defeat away to Ukraine on Friday they'll be guaranteed at least a playoff spot in Group I.

30-year old Littlejohn is an eight-year veteran of the Ireland set-up. The Leicester striker says an opportunity like the one in front of the Ireland squad may not present itself to some of the players again.

"For some of us, this could be the only opportunity we get at qualifying again," she said, "We know how big it is, but at the same time we wouldn't have it any other way.

"The pressure's on, but we're very lucky to be in this position.

"I don't know the last time, maybe it was under Noel King, that the girls may have got to a playoff. So it's been a long time, a long time coming but it's great now to be in this position. We're well prepared so we're just looking forward to it.

Indeed, a 4-1 aggregate playoff defeat to Iceland ahead of Euro 2009 is as good as it's gotten for Ireland in European Championship qualification.

"But they say, you know, pressure is a privilege in playing football.

"We just have to see it as just a game. We can't let the surroundings and the occasion get the better of us, we just need to be focused and be calm. And we're ready." 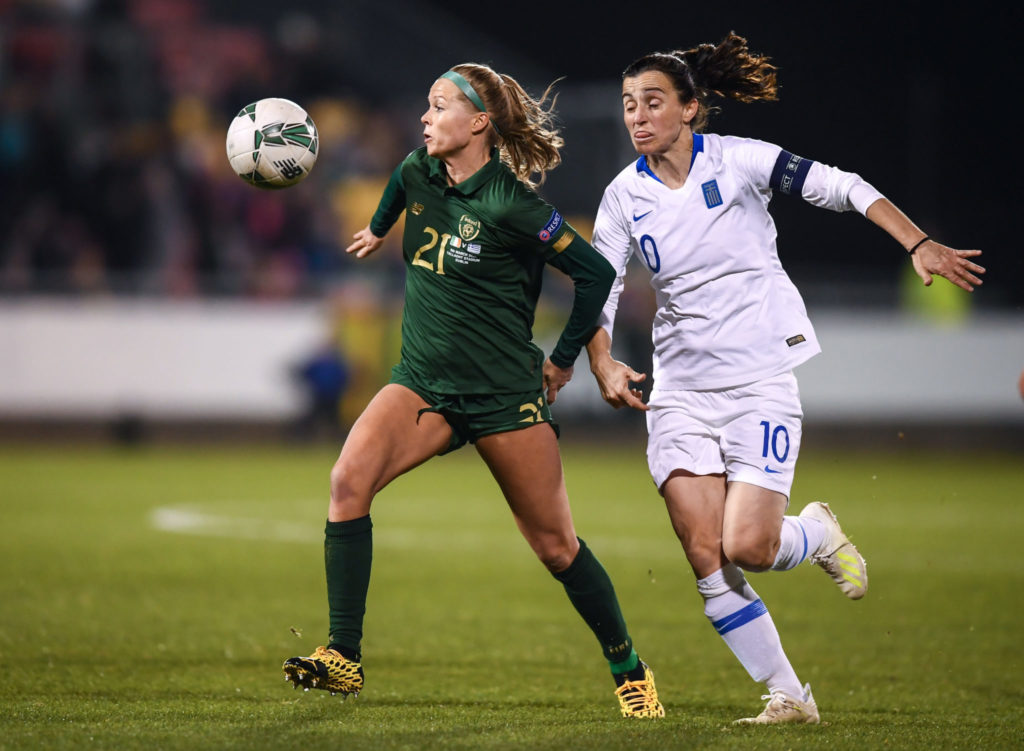 An excellent German side put three past them in Essen in September to topple Ireland from Group I's summit, but Littlejohn says that defeat will stand to the squad.

"Look, we've got a wee bit to go," the Glasgow native said, "But in terms of how far we've come, we've come a far way since I was in the squad.

"It's so important to be training every day against good players from all around the world. There's not just English and Irish players in certain teams, there's foreigners from everywhere which is huge.

"The next step will be to compete against Germanys, and trying to get results off them. I don't think we're too far off it, but all in good time."

WATCH: All 11 goals that have made Ronaldo a Euro record breaker