'People can be lazy with analysis' | Bradley happy with Rovers' creativity

'People can be lazy with analysis' | Bradley happy with Rovers' creativity

Shamrock Rovers head coach Stephen Bradley bristles at the suggestion that his team's creativity may have waned slightly over their last three matches.

The Premier Division leaders have played some superb football this season but no matter how hard they tried at Richmond Park last Sunday, they were unable to break down a tenacious St Patrick's Athletic team that was reduced to ten men with the dismissal of Shane Griffin just after the break.

It was the first time in eight matches this season they drew a blank and Bradley was quick to defend his team after the suggestion that they may be lacking a little bit of their creative spark since the season restarted.

"People can be lazy with their analysis of the game in terms of, the keeper hadn't got a lot of saves but when you really look at it, the amount of last ditch blocks that they had and deflections that went wide that were in the box.

"It doesn't concern me at all. We created a lot of chances, the balls just didn't fall for us. Another day we win the game three or four nil. And on average, like I say, we score three goals a game. I think that's a decent average so I think that's the very least of our concerns." 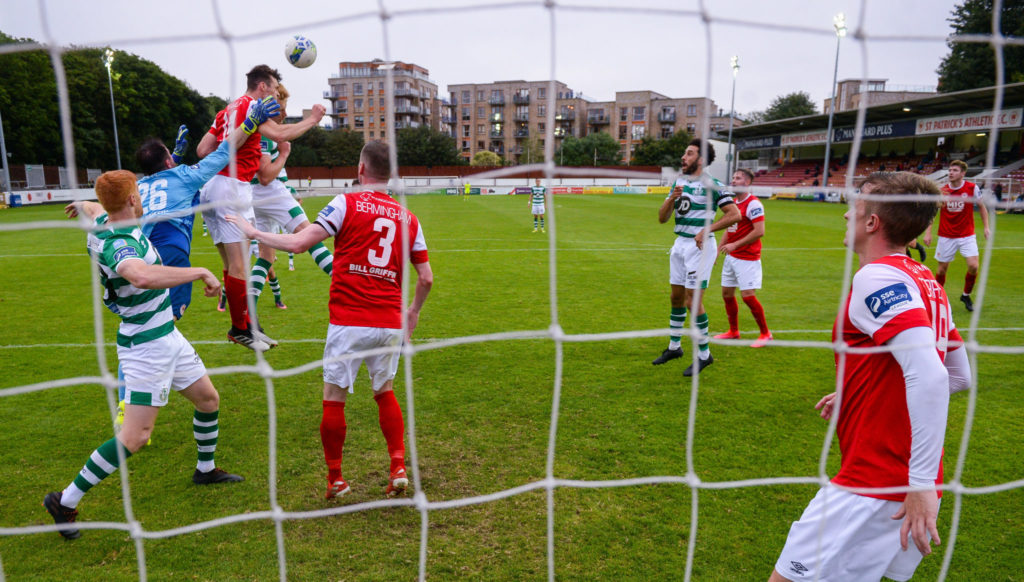 There is no doubt that on Friday night Shelbourne will arrive for their first league match at Tallaght Stadium for the for seven years with a similar approach as the Saints and they have shown all season that they are a very hard team to break down.

Bradley knows exactly what to expect from a side that has impressed him since their return to the top-flight.

"They'll come with a game plan to be hard to beat and they'll try and hit us on the break or with set-plays, we know that and we'll be ready for that, we'll respect that," said Bradley.

"They work extremely hard for each other. They're organised and I expect no different when they come to Tallaght on Friday. We've got to be ready for that and have a game plan to try and break them down."

Dundalk have slipped eight points behind Rovers and Bradley gives a wry smile when asked if his team could lose the three matches required to allow the champions back into the race but agrees with the suggestion that the team right behind are currently the biggest threat.

"Right now Bohemians are four points behind us so if anyone wants to talk about rivals or challengers or whatever it is, Bohemians are in second place and they deserve to be there," said Bradley. "We don't show up talking about losing games or other teams or other club. We don't talk about anyone else. We concentrate on ourselves, on what we do and concentrate on winning the game."