Following her brilliant seven-goal haul in May, Peamount United's Eleanor Ryan-Doyle has been nam...

Following her brilliant seven-goal haul in May, Peamount United's Eleanor Ryan-Doyle has been named SSE Airtricity WNL Player of the Month.

The Dubliner has been a key player in helping Peamount United occupy top spot in the table following an unbeaten start to the 2021 season but she was keen to praise her team-mates for their hard work in reaching the summit.

According to the 23-year-old, it is a team effort that has propelled the champions to first place and enabled her to have an impact in games - whether that is creating or scoring goals.

"Winning the Player of the Month, I'm delighted. It's obviously an individual award but you can't really play a team sport and be individual so obviously, the girls have helped me to get this," said Ryan-Doyle.

"I'm really delighted about it but we need to push on and win team awards as well. Can we go unbeaten? It's hard to do. I think it's something that we looked at last year but Wexford beat us in the League. I think this season we can go on and do it but we need to take one game at a time." 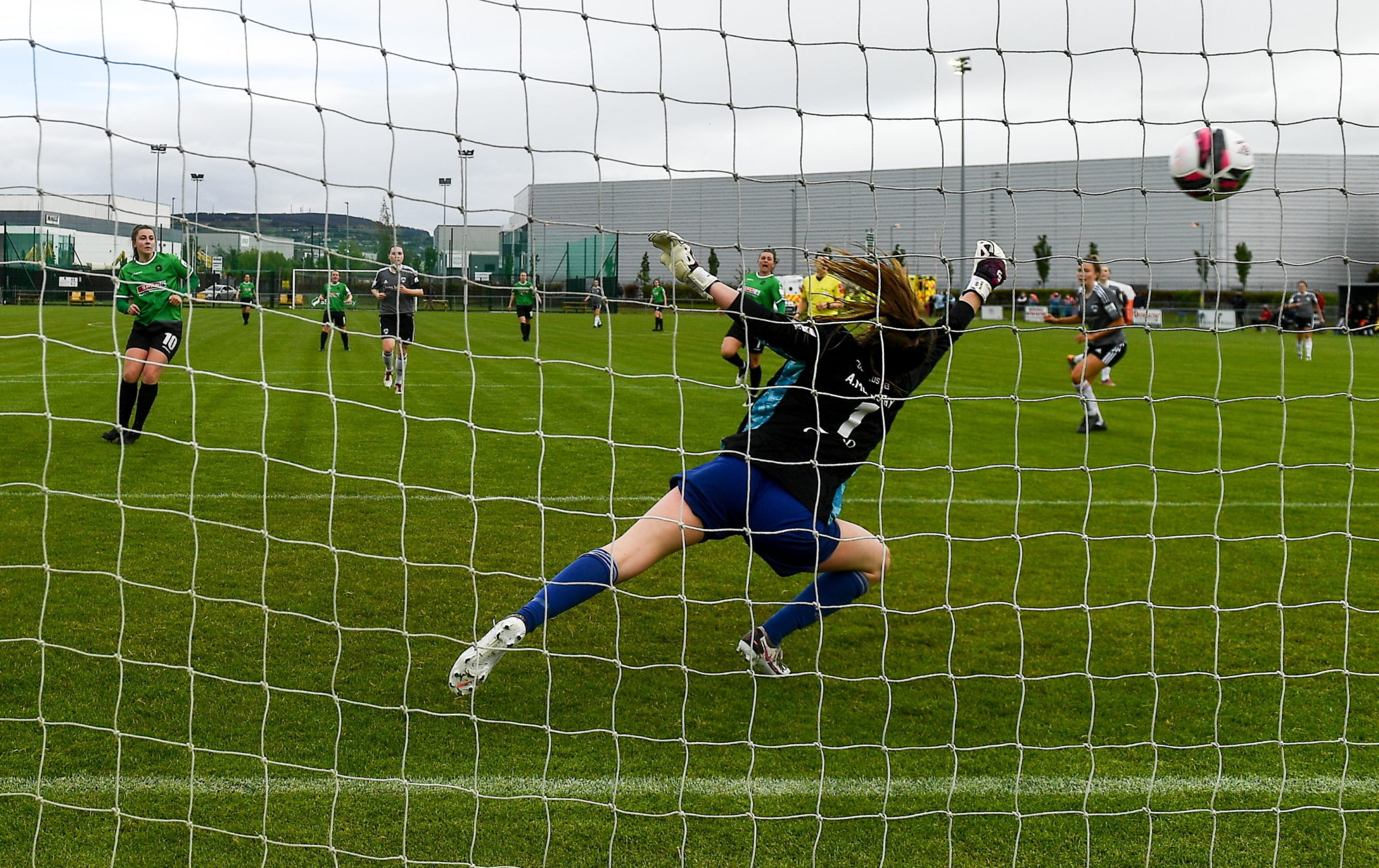 Included in the WNL Team of the Season on three occasions, Ryan-Doyle is rapidly heading towards a fourth selection should she maintain her form going into the second half of the season.

A personal target could be finishing as the league's top scorer, especially as she currently leads the Golden Boot race with 10 goals overall - having leapfrogged April Player of the Month Rachel Kearns.

If she requires any inspiration in that quest she does not need to travel far to find the perfect role model in team-mate Áine O'Gorman, who claimed the award last season.

"Áine is a great player and she is someone that I obviously look up to. She has some experience with Ireland and playing overseas as well, so I think it's a player that I look up to and who drives me in each match and every season," said the Peamount sharpshooter.

"Whoever scores it doesn't really matter who scores once we get the goals and the clean sheets. I think it's important that we continue playing well, scoring the goals and progressing on from there."

Ryan-Doyle wants the good times to continue to flow - on and off the pitch - with the increased publicity around the League bringing a new spotlight to the level of quality that exists in the domestic game.

According to Ryan-Doyle, a huge reason behind that surge in engagement has been the introduction of LOITV in live streaming games along with the sponsorship of SSE Airtricity.

"I think SSE Airtricity have been brilliant this year. They brought in LOI TV and everyone from anywhere can stream the matches. I think it's brilliant the publicity as well, the coverage they are giving to us is something that was really needed this year," she stated.

Peamount United trio nominated for Women's Player Of The Year