The European dream ended swiftly for Peamount United as they lost 5-2 to Spartak Subotica in the...

The European dream ended swiftly for Peamount United as they lost 5-2 to Spartak Subotica in their UEFA Women's Champions League Qualifier.

Four goals from playmaker Tijana Filipovic and one from Alice Kusi ensured it was the Serbian champions who will advance in the competition - playing either FC Twente or Nike Tbilisi on Saturday for a chance to reach Round 2.

The only consolation came from Eleanor Ryan-Doyle's late brace, which started with a sweetly-struck free-kick on 72 minutes before rolling the ball in on 89 minutes after beating the goalkeeper to a long pass.

The game was played at the Sportclub Enschede, Netherlands as part of a new format in the competition that sees one team host a mini-tournament. Peamount will play the losing team from the other game before returning to Dublin.

Over 500 viewers were able to watch via a YouTube stream provided by Peamount's performance analyst but it didn't make for great entertainment from an Irish perspective once Spartak hit the front. 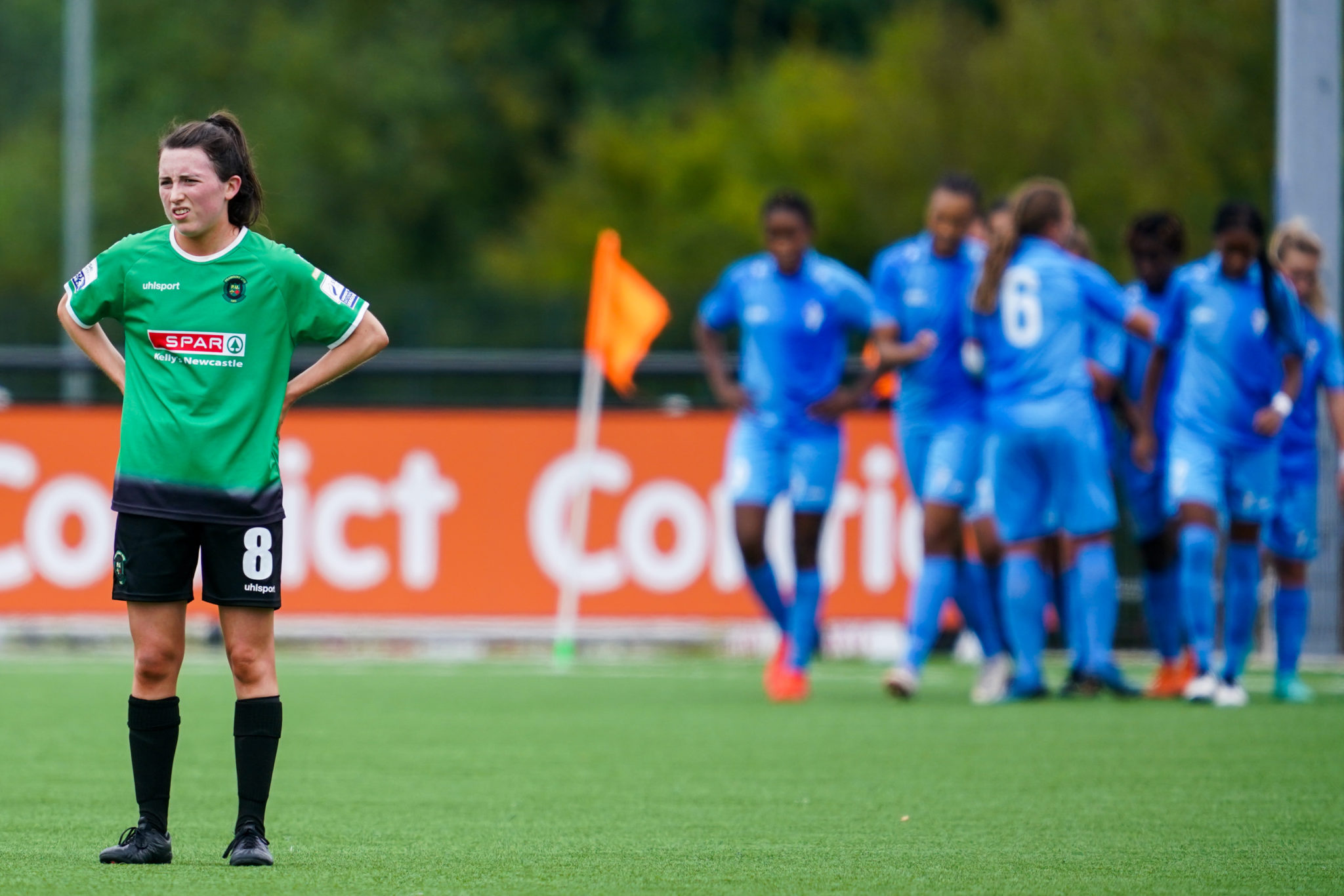 Filipovic is considered to be one of the rising stars in women's football and it was clear to see why when she fired a long-range strike past goalkeeper Naoisha McAloon after nine minutes.

Up to that point, Peamount had started well and constructed some nice passing moves. But the difference at this level is creating chances and finishing them, which Spartak did really well with Filipovic taking control.

The 22-year-old slipped into dangerous areas and was not afraid to unload at goal, which led to her scoring twice more before the referee blew for half-time. It wasn't that Peamount were being over-run, it was simply a case of Spartak being clinical in front of goal.

Republic of Ireland WNT Manager Vera Pauw and Goalkeeping Coach Jan Willem van Ede were in attendance to monitor the Peamount players who have been on their radar this season. But this wasn't a day where many girls in green got to shine.

Unfortunately, Peamount never got to truly test goalkeeper Milica Kostic and spent much of their energy trying to stay toe to toe with a very good opponent. This was not a true representation of what Peamount are.

Filipovic added her fourth goal on 54 minutes before Kusi put them five up just past the hour mark. It was deflating for the current SSE Airtricity Women's National League leaders to find themselves in this position.

However, the character of James O'Callaghan's squad revealed itself with a battling display in the final 30 minutes with two goals from Ryan-Doyle giving them something to be proud to take away from the game.

While they still have one more game to play in this year's competition, the 2021 European adventure will not be one to treasure for Peamount.

Peamount United trio nominated for Women's Player Of The Year