Motherwell have completed the signing of Ross Tierney from Bohemians.  The Scottish Premiership ...

Motherwell have completed the signing of Ross Tierney from Bohemians.

The Scottish Premiership side have paid an undisclosed fee for the services of the Republic of Ireland U21 international, although he won't be able to play until January.

Tierney made 40 appearances for Bohemians this season, helping them reach the 3rd qualifying round of the UEFA Europa Conference League, scoring the winner in their game away to Dudelange.

He scored 8 goals and provided 11 assists as Bohs reached the FAI Cup final, and he was nominated for PFAI SSE Airtricity League Player of the Year.

Tierney's signed a three-and-a-half year deal at Motherwell, with manager Graham Alexander confident the playmaker can follow in the footsteps of the likes of Jamie McGrath in Scotland. 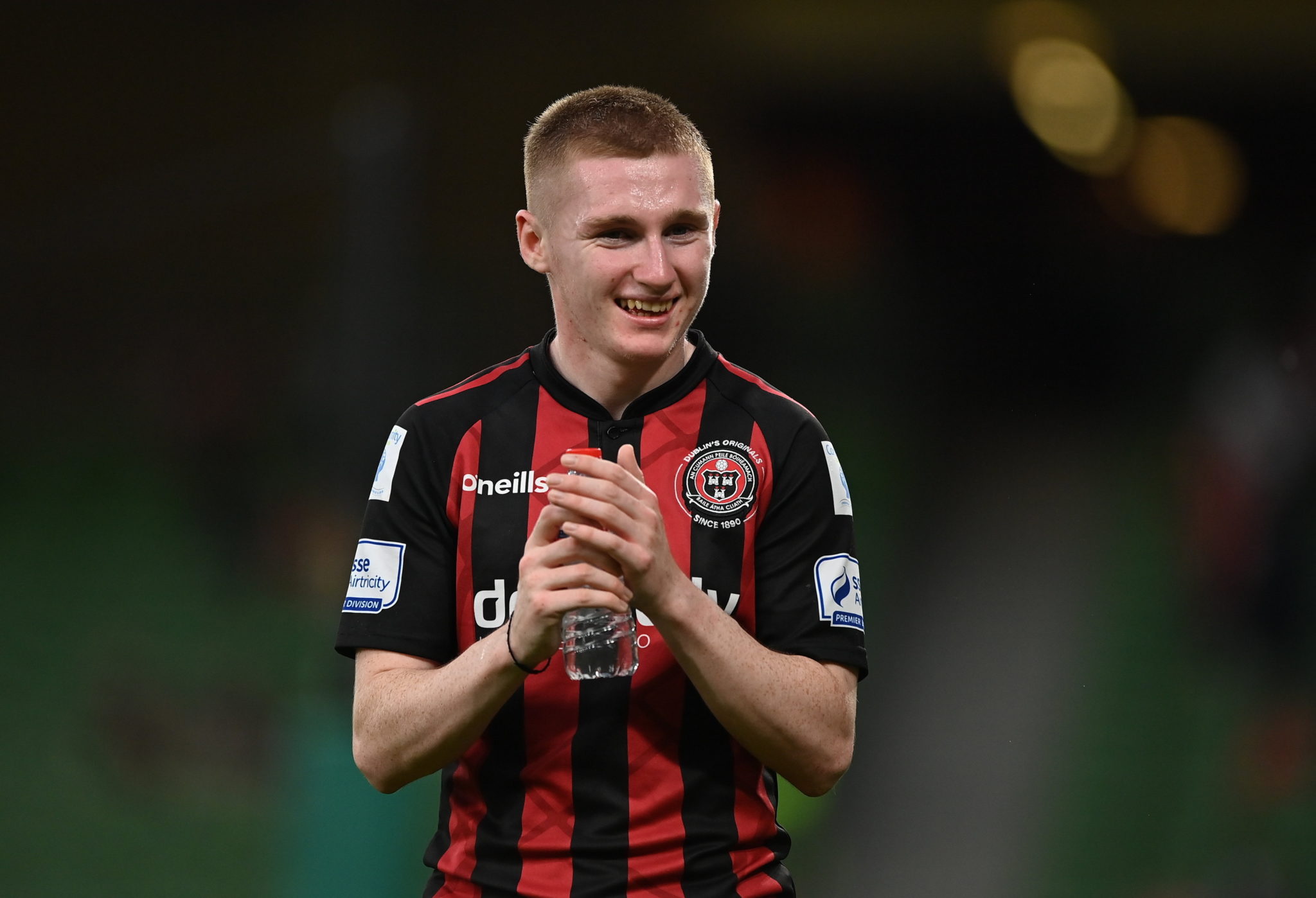 15 July 2021; Ross Tierney of Bohemians claps supporters after being substituted during the UEFA Europa Conference League first qualifying round second leg match between Bohemians and Stjarnan at the Aviva Stadium in Dublin. Photo by Seb Daly/Sportsfile

“He’s a young player who has had a couple of excellent seasons with Bohemians and his national squad.

“His attributes will fit in perfectly with how we play and his potential is unlimited at this stage of his career.

“He’s already met the squad and is excited about the move. We mirror those feelings.”

Motherwell currently sit fifth in the Scottish top flight, and the first game for which Tierney will be available is their last game before the winter break - away to McGrath's St. Mirren on January 2.