The Republic of Ireland senior squad has been dealt a blow after striker David McGoldrick announ...

The Republic of Ireland senior squad has been dealt a blow after striker David McGoldrick announced his decision to retire from international football.

The 32-year old Sheffield United player was a latecomer to the Irish set-up, making his debut under former manager Martin O'Neill in a friendly match against the USA just before his 27th birthday.

McGoldrick made a total 14 appearances for the Republic of Ireland including six starts under Mick McCarthy during the Euro 2020 qualification campaign while current boss Stephen Kenny started him in last month's Euro 2020 play-off semi-final against Slovakia.

McGoldrick scored his only goal for Ireland in the 1-1 draw against Switzerland in the UEFA 2020 European Championships qualifying campaign at the Aviva Stadium in September 2019.

His performances during the campaign saw him named as the 'Three' FAI Senior Men's Player of the Year in August 2020 and news of his retirement was announced by the FAI this evening. 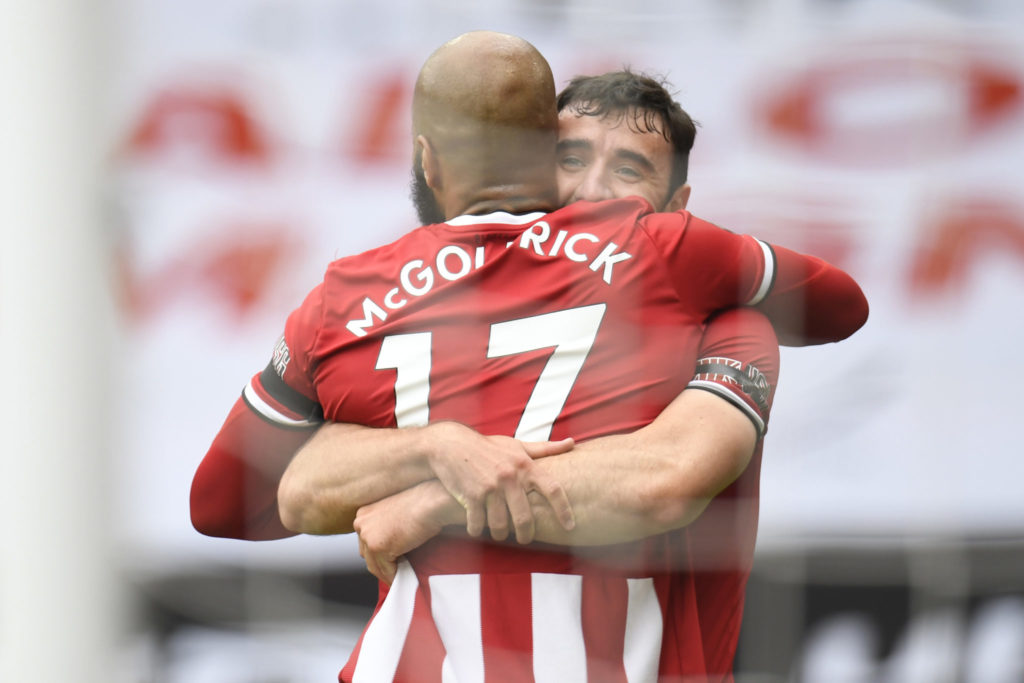 "The Sheffield United forward has decided to retire from international football to concentrate on his club career and family," reads the statement.

"The Football Association of Ireland would like to thank David for his fantastic service and wish him all the best for the future."

McGoldrick helped the Blades achieve promotion to the Premier League and while he struggled to score goals in his first season in the English top-flight, his performances were continuously praised by his manager Chris Wilder.

He was awarded a new two-year contract by the club in the summer which will keep him at Bramall Lane until at least 2022 and has scored once in his 7 league appearances so far this season.