Republic of Ireland striker Seanie Maguire has yet to score an international goal but he says he ...

Republic of Ireland striker Seanie Maguire has yet to score an international goal but he says he doesn't feel any pressure to break his duck in the upcoming Euro 2020 qualifiers.

The Preston forward is one of those in contention to feature against Georgia on Saturday if David McGoldrick doesn't board the plane to Tbilisi on Thursday.

"I don't feel the pressure at all to be honest. It makes you want to open your account and make that dream come through and score for your country."

Maguire missed last month's games against Switzerland and Bulgaria due to a freak eye injury but the 25-year-old is back playing for Preston, who are currently third in the Championship. 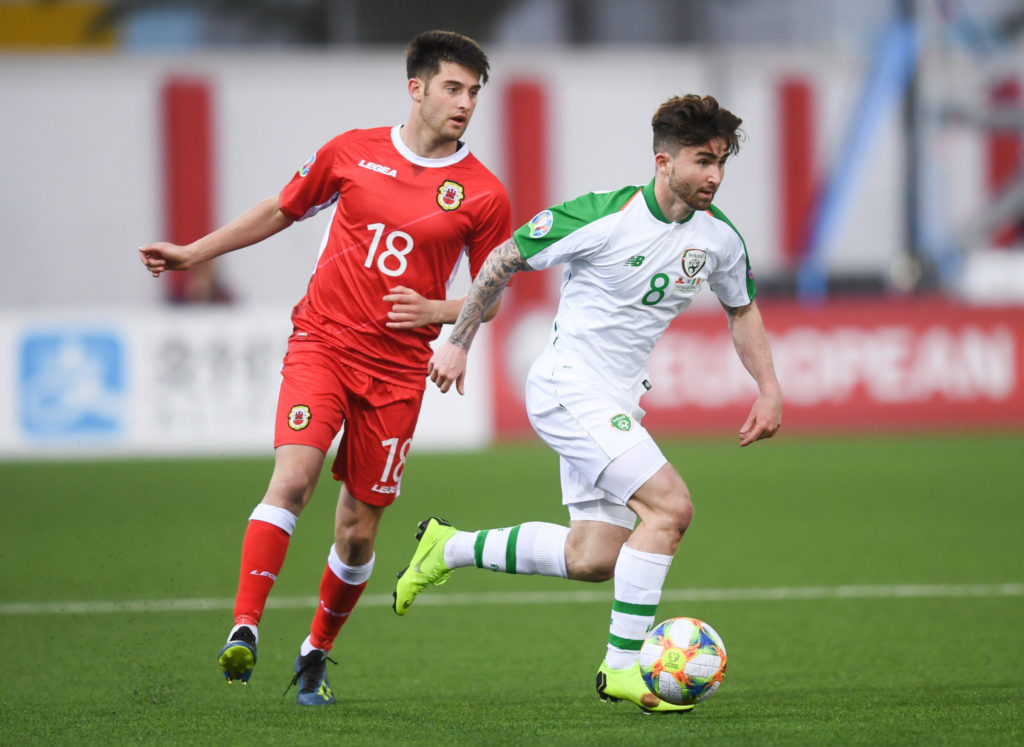 Maguire started the game away to Gibraltar (above), the first qualifier under Mick McCarthy but he was unable to open his account and said.

"I think last year (season) was a very disappointing year for me, my goals tally wasn't great, even my performances on the pitch weren't up to scratch."

However, Maguire feels he's back to his best now. "I think this season now, I've been performing probably where I was when I was at my first year at Preston or even coming towards my end at Cork City and I feel back, back to my best really."

Maguire is in competition with James Collins, Scott Hogan, Callum Robinson and Aaron Connolly for a place in attack if McGoldrick is ruled out.

The former Cork City striker has been doing some extra training with Ireland's record goalscorer Robbie Keane, now an assistant of Mick McCarthy. 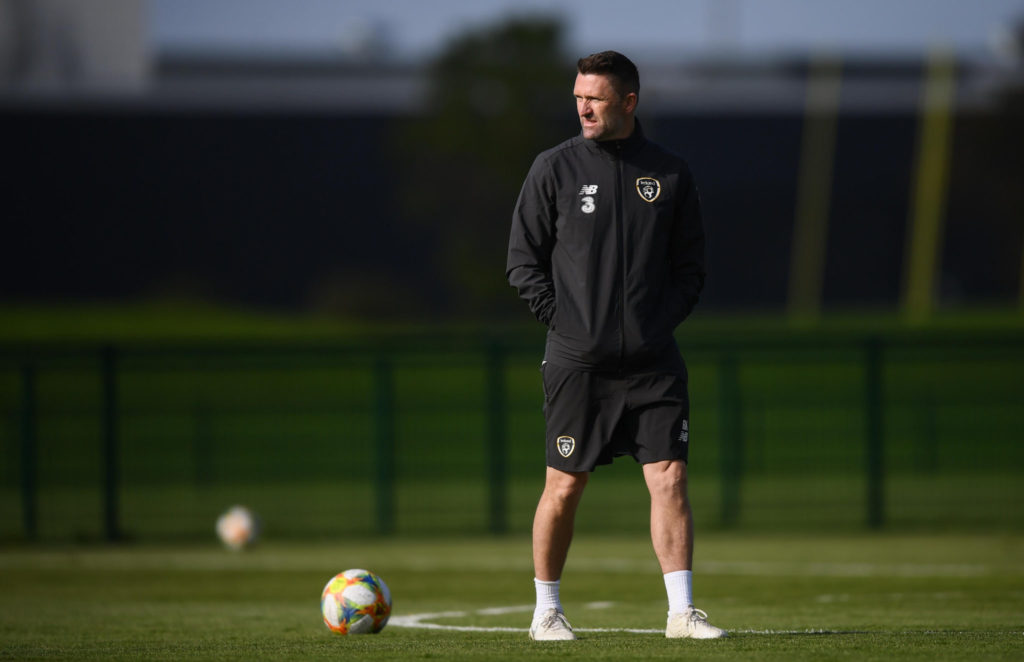 "Yesterday (Tuesday) after training, we stayed out for 15 minutes and he (Robbie Keane) was telling me 80 or 90% were scored within the box, one touch, two touches and that's something I aspire to and hopefully I can do better.

"I've scored three goals this season playing off the left but even just giving me tips here and there can only make me better."

Brian Kerr on the Ireland gauntlet laid down for John Egan