As it happens, the build-up to the Europa League final in Baku has been dominated by off-field ma...

As it happens, the build-up to the Europa League final in Baku has been dominated by off-field matters.

It's ranged from logistical and ticket issues for fans to Arsenal's Henrik Mkhitaryan being unable to play there for political reasons.

On-field though, it's an all-London affair as Arsenal and Chelsea prepare for battle.

Luke Edwards of The Telegraph joined us to preview the action from Baku.

On the location, getting there wasn't easy for him and others. But Edwards sees it as a "fantastic city" in how it looks from his walk around. 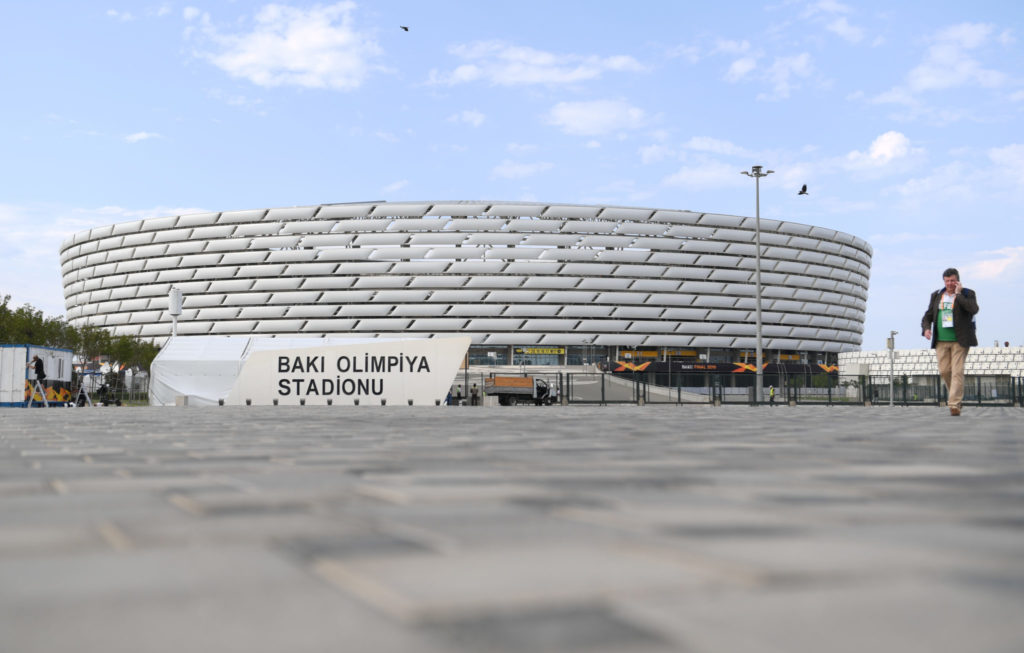 28 May 2019, Azerbaijan, Baku: Soccer: Europa League, before the final FC Chelsea - FC Arsenal. The lettering "Baki Olimpiya Stadionu" is placed in front of the Olympic Stadium. The final of the Europa League between FC Chelsea and FC Arsenal will take place here on 29 May 2019. Photo: Arne Dedert/dpa

"Having arrived here, I can sort of understand UEFA's decision. A, for hosting the Europa League final here. And B, for having it as one of the host cities for the European Championships next summer."

Edwards believes Chelsea's season would look good should they win the trophy and adds to the boost of a third place finish in the Premier League.

Arsenal have more riding on the outcome given it's their only chance of Champions League football. And there is also a sense that improvements have been only marginal at best under Unai Emery.

"I think for Arsenal, I think they need to win to save their season effectively," he said.

And Edwards is tipping Eden Hazard to be the decisive factor.

"Chelsea will be favourites and I think so much depends on Arsenal's front two. If Arsenal's front two click, then they've got every chance. But I think this is set up to be the Eden Hazard final in what is probably going to be his last game," he said.