Bohemians manager Keith Long believes a lack of belief among his players led to the end of their ...

Bohemians manager Keith Long believes a lack of belief among his players led to the end of their European run.

The Gypsies lost 2-0 away to PAOK in the second leg of their UEFA Europa Conference League 3rd round qualifier.

Bohs exit the competition 3-2 on aggregate, with Long left to rue unusually sloppy defending and some missed opportunities.

Both PAOK goals came in the first half, first from a Stefan Schwab header after the Austrian midfielder found himself unmarked from a corner.

The goal that ultimately settled the tie came on 28-minutes when Bohs - asleep after a water-break - allowed Diego Biseswar swan through the midfield and place the ball past James Talbot.

But Bohs had their chances to force the tie to extra-time, or maybe more. 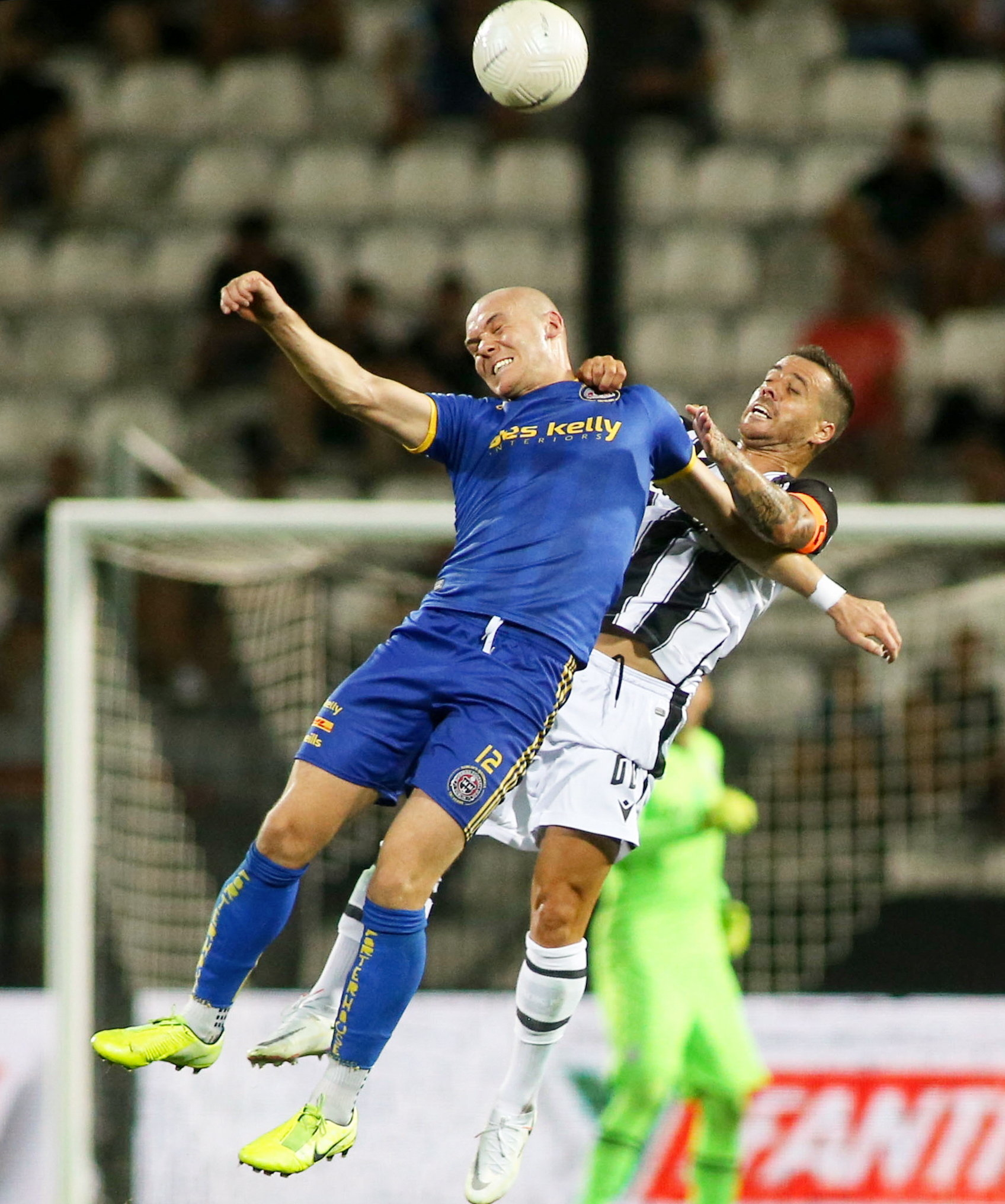 Captain Keith Buckley drove a first-half shot just wide of the PAOK upright. But the most gilt-edged came with time running out in the Toumba Stadium.

Keith Ward found himself with room to get a shot away, and half the goal gaping, but all-a-flutter squared the ball across goal.

"I hope he was trying to finish it himself," Long quipped after the game, "I think he was, yeah.

"Listen, we missed a couple of chances. We're guilty of some bad defending... I'm not trying to proportion blame.

"I think overall, as a collective, ultimately when we look back tomorrow we're going to feel that we lacked a little bit of belief that we could come here and get a result really.

"Yeah, it seemed that way. Maybe I'm wrong, maybe tomorrow I might see things through a different lens but I think that's our sense of it just at this moment that we lacked a little bit of belief."

Bohs' run through the qualifying rounds has seen the club pocket €850,000, but those figures will be cold comfort to Long.

The manager views their exit in Greece as a "missed opportunity".

"Whilst we can look back, maybe, in some time and days to come with a little bit of pride in terms of how we've played in Europe," he said, "And how we've represented Irish football on the European stage, but ultimately we feel that we've missed a real opportunity.

"Be that, conceding a late goal at the Aviva, conceding two sloppy goals tonight... and let's be honest, PAOK had a couple of chances too and they probably had a goal not given - you know, it was probably over the line - but we had chances ourselves to get into the game. But we just didn't quite take them.

"Maybe a little bit of quality, decision-making, execution in the final third... that's the difference between us progressing, I feel, and going out of the competition."

“Inconsistent” Obafemi may have to move says Saints boss Hasenhuttl