'Last thing he wanted to do!' | Kevin Doyle on Duff's coaching tune change

'Last thing he wanted to do!' | Kevin Doyle on Duff's coaching tune change

Former Republic of Ireland international Kevin Doyle says his old teammate Damien Duff has fallen in love with coaching since his playing career came to an end.

Duff retired in December 2015, finishing his career at Shamrock Rovers, with whom he became an underage coach.

The former Blackburn Rovers and Chelsea star has now been confirmed as part of Stephen Kenny's coaching team with the Republic of Ireland senior set-up, alongside Keith Andrews.

And speaking on OTB AM with Eoin Sheahan this morning, Doyle said both are very well-equipped for the job ahead.

"Two fantastic fellas, really enthusiastic coaches, and still young enough - they'll have a good connection with the players. They'll know what the players are thinking day-to-day.

"The coaches are different to the managers, they can have chats with you and explain what the manager is thinking in a way that the manager sometimes can't get across to you. The two of them will be excellent at it.

"Keith has been with Stephen a good while so it'll be easy for him, Damien knows them both so well and it'll be interesting to see them work.

"This is a massive job for both of them, [they've had] fantastic club careers. Damien is a Premier League winner... it's different as a coach but he's put the groundwork in over the last number of years.

"He loves everything about it and is really passionate about it. To have him coaching and wanting to be involved... is really impressive, shows you what a top bloke he is.

"He was getting up at six o'clock in the morning to have the Shamrock Rovers under-15s in training, he was putting the hard yards in.

"It wasn't something he talked about too much in his [playing] career, wanting to be a coach. He told me the last thing he wanted to do was be a coach!

"It's purely a love from once he did it... he's passionate about it. That's what you have to be in your job. 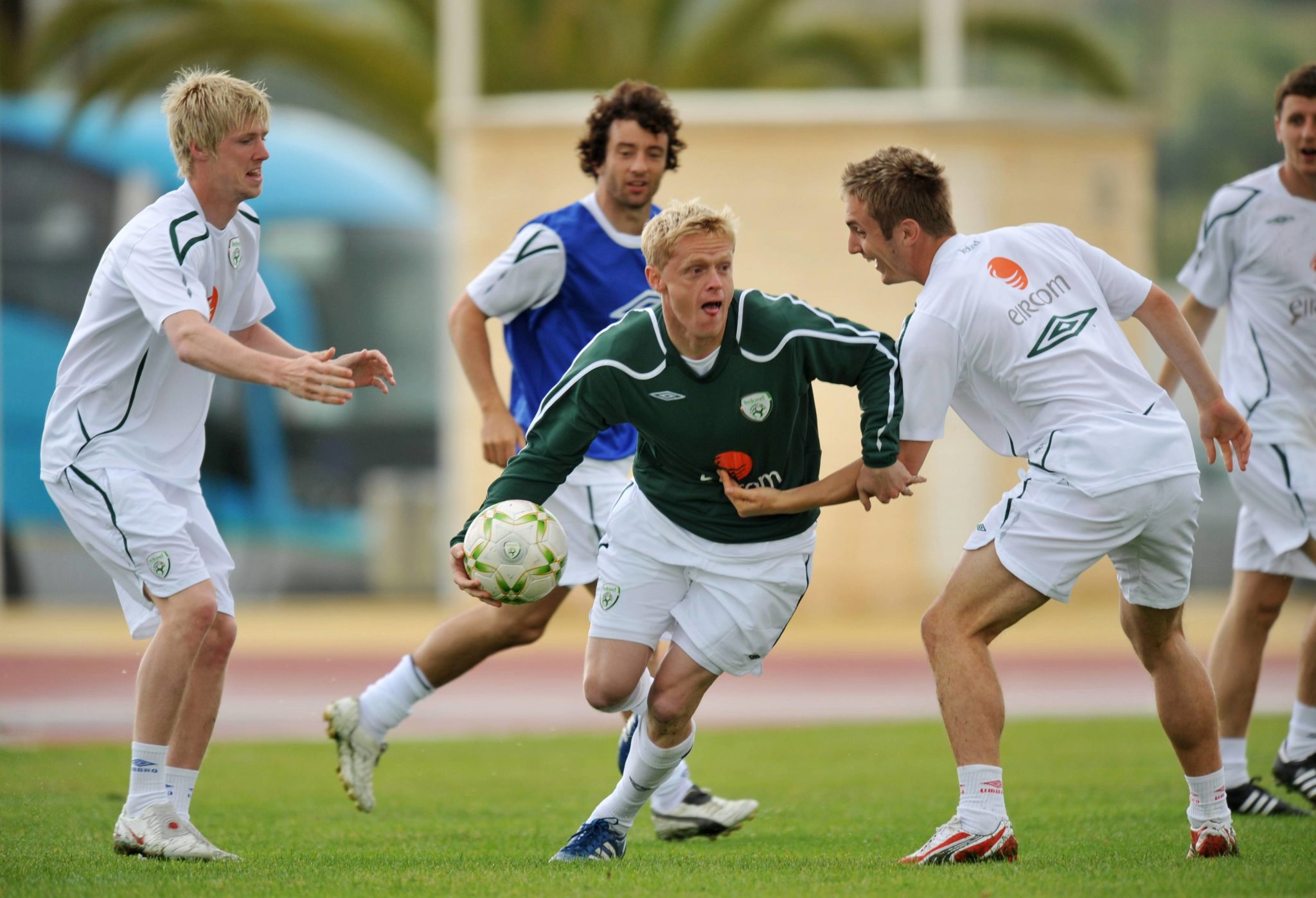 "He's got a long-term plan I'd imagine to be the Ireland manager one day, or be a manager in the Premier League or Airtricity League, but he seems to be going about it the right way."

Doyle also suggested that while he felt Mick McCarthy should have been kept on, he understood the decision to make the move now, given the postponement of sport due to COVID-19.

"He knows the players, he's been watching behind the scenes, he's seen what's gone on. He has an advantage coming into the job in that respect, he knew he was getting the job.

"He'll have his homework done. I'll be talking about him I'm sure when the time comes on radio or TV or whatever, we [have] to take a deep breath before we talk and not rush to criticise him so early.

"He will get a bad result or two early on, it's just the way it is, we have to give him a chance to build and work at it. Whether you're Mick fans or Stephen Kenny fans or whatever, give him a bit of breathing space." 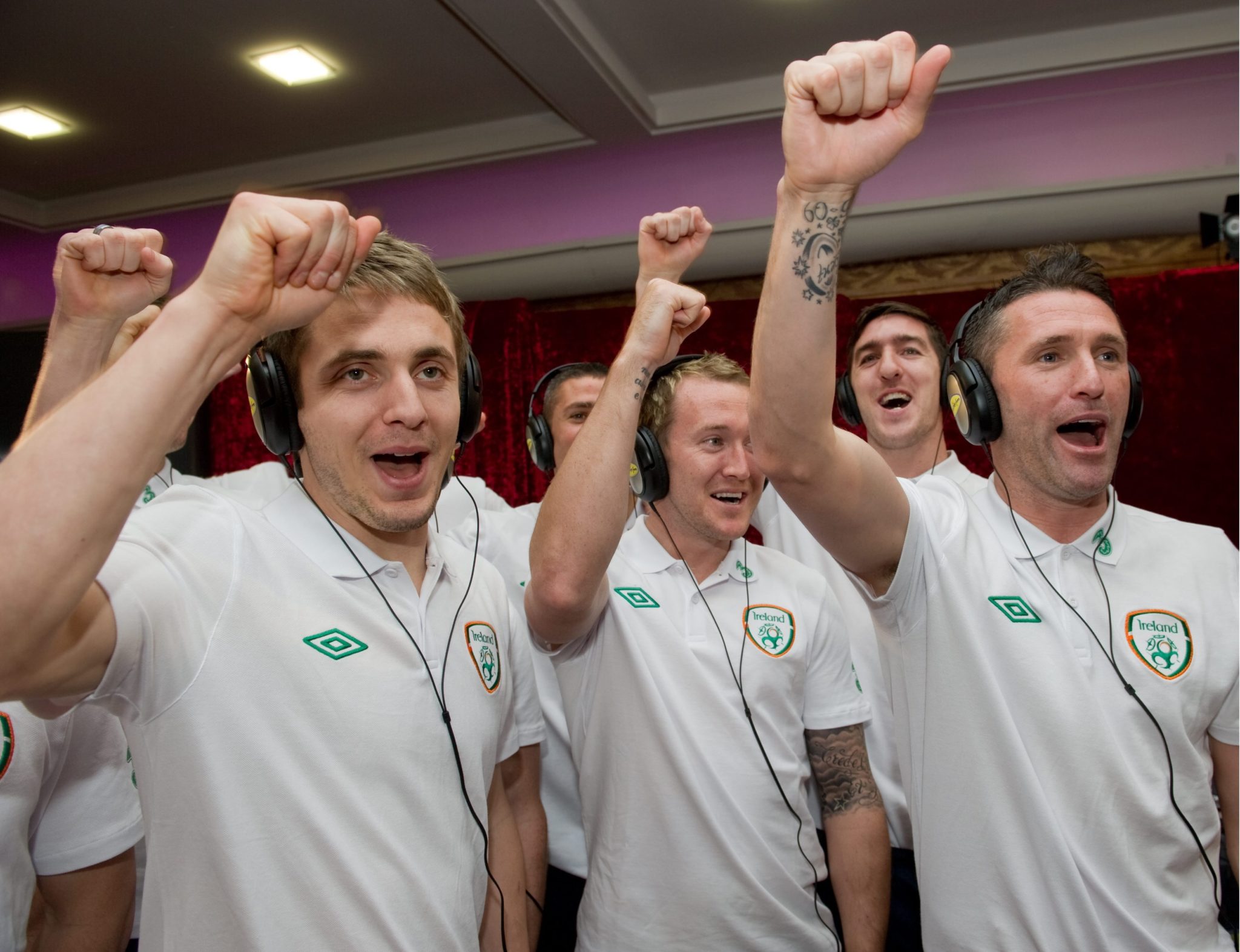 The Robbie Keane situation is one that is yet to be clarified - the former Spurs man was a coach under Mick McCarthy but has not been included in Kenny's coaching team.

And Doyle says the uncertainty is nobody's fault, and stressed that Robbie won't be holding any grudges.

"It's not his fault he was given a four-year contract or whatever, it seems a strange one now when you're looking at it.

"Stephen Kenny has his ideas and the people he wants involved, and that's every manager. Robbie will know that, he won't be falling out with Stephen Kenny over that.

"You have to be respectful to someone who's an Irish legend, top goalscorer, one of the top goalscorers in international football in the world. To keep him and have his knowledge and advice for whatever role, be it senior or underage.

"It's just a difficult situation, not of Robbie's making, and not of Stephen Kenny's making."