Klopp hits out at broadcasters over fixture scheduling

Liverpool manager Jurgen Klopp hits out at British broadcasters for failing to adjust their sched...

Klopp hits out at broadcasters over fixture scheduling

Liverpool manager Jurgen Klopp hits out at British broadcasters for failing to adjust their schedules during the pandemic, claiming they don't care about the players.

Klopp took aim during an interview with Sky Sports and Geoff Shreeves following Sunday's 3-0 win over Leicester in the Premier League.

The Premier League champions lost Naby Keita at the start of the second half to injury to add to the growing list of absentees.

Klopp doubled down on recent comments from Ole Gunnar Solskjaer, who claimed Manchester United were "set up to fail" ahead of a 3-1 win at Everton in the Saturday lunchtime slot, despite playing a Champions League game away to Istanbul Basaksehir on the previous Wednesday.

"It’s really tough how we discuss the necessity of changes. I can’t believe that," Klopp told Sky Sports in an interview that was not broadcast in the UK.

"Why we change late is because we constantly have to think that somebody will go down with an injury.

"We cannot change early, because we change early and the other one has an injury, and you end the game with nine players.

"If we keep playing on Wednesday and Saturday 12.30, I’m not sure if you’ll finish the season with 11 players. All the top six are the same. All the top six and seven. But I know [broadcasters] don’t care, and that’s the problem." 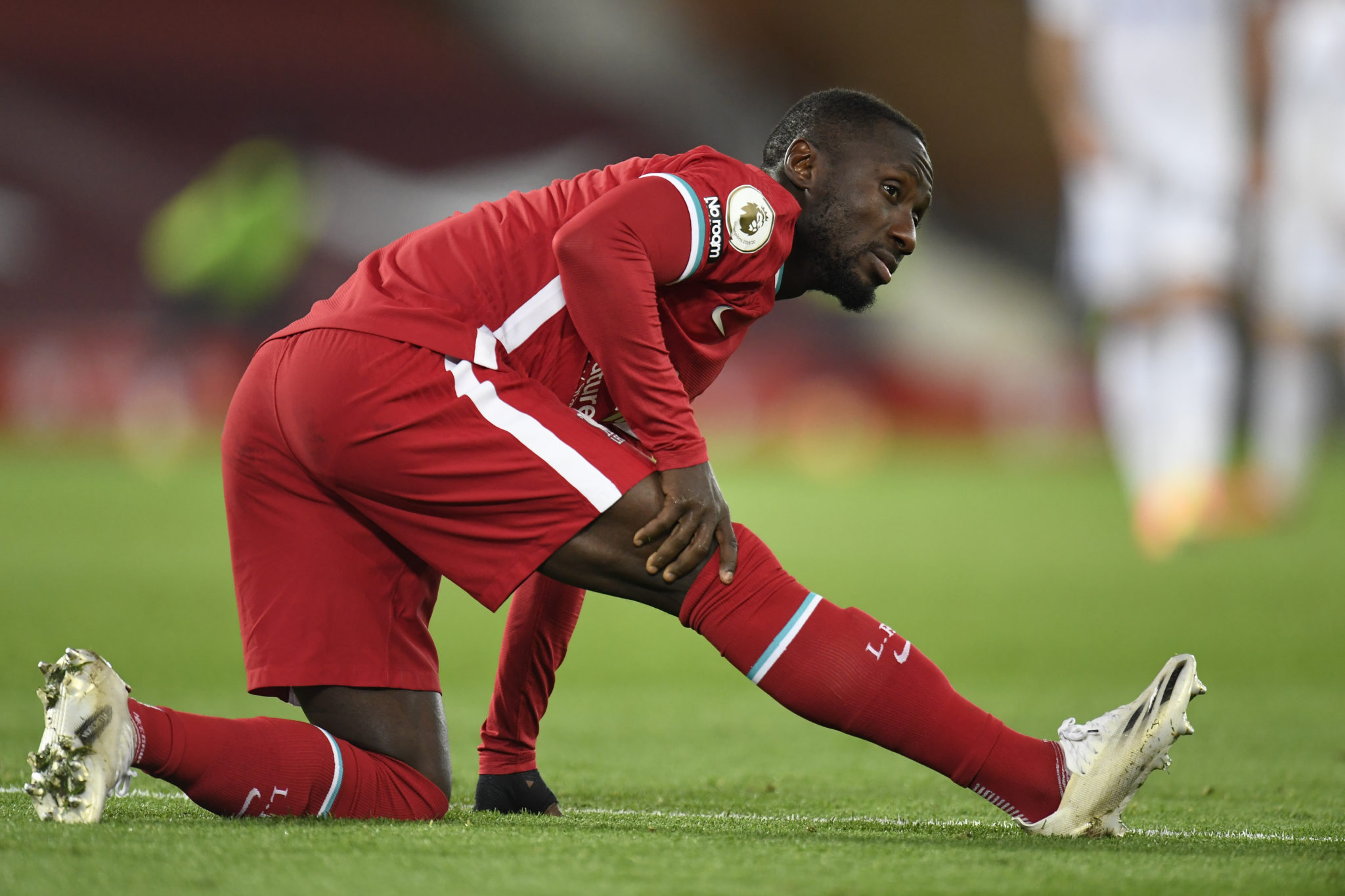 Shreeves tried to point out to Klopp that he was wrong to suggest Sky are to blame but the Liverpool boss was having none of it.

"No, it’s not wrong because we discussed it already for a long time and nothing happens.

"The rest is just a decision on a desk in an office. That doesn’t sound so difficult for me.

“But if we keep it like this and you want to see a spectacle…I’m happy about the game tonight but we lost another midfielder.

"You saw on the bench we don’t have a lot. That’s the situation. But it’s not about us. I can only say it one more time.

"Whoever calls me selfish has to ask himself who is selfish. But it’s really not about that. I want to discuss these kind of things completely calm, the only problem is everybody, whatever I say, it might be my language, it’s like, ‘He talks about Liverpool.’

"I don’t talk about Liverpool. I talk about all the football players out there. Yesterday, [Gerard] Pique, massive knee injury. Today, maybe [Bukayo] Saka, I’m not sure, a knee injury – he played all three games for England during the international break.

"People tell us we can rotate – who? We have offensive players, the rest are kids. That’s how it is.

"It’s all OK, we fight with all we have, but if [broadcasters] do not start talking, you will see what happens."

Shreeves once again tried to make a case for it not being down to the broadcasters but that set Klopp off again.

"It’s a massive problem. Wednesday and Saturday 12:30 is a broadcaster problem and nothing else."

"People tell me, if you want to change that then you need a shareholder meeting. For what? For what? And then you ask for money. For what?

"Then we have teams who play Europa League on Thursday night. So what you do, because you pick first the team, then BT starts picking us, we play Wednesday night and we play the next game at 12.30.

"What are we doing now? We play against Atalanta on Wednesday and then 12:30 Brighton. It’s an early Christmas present. We will show up there shaking. I think about sending them the points. That’s how it is.

"We cannot change 10, 11 positions, that’s not possible. We can’t only show up, we have to win the football games.

"It’s exactly how it is. Gentlemen, start talking and start making decision.

"If somebody tells me again about contracts I go really nuts, because the contracts are made not for a Covid season.

"We all have to adapt. You adapt, we adapt. You stand here with a face mask. We adapt to the situation.

"Would you have thought a year ago you’d ever go somewhere with a face mask and have to stand there and we cannot be close like this?

Klopp has also been vocal in his support for the use of five substitutions in the Premier Legaue which was the case last season but clubs are only permitted to make three changes this season.