Republic of Ireland goalkeeper Caoimhin Kelleher is expected to retain his place in goal for Live...

Republic of Ireland goalkeeper Caoimhin Kelleher is expected to retain his place in goal for Liverpool this weekend.

The 22-year-old started in the Champions League win over Ajax on Tuesday night and with Alisson still out injured, Kelleher's in line to make his Premier League debut against Wolves on Sunday.

Liverpool manager Jurgen Klopp was asked about the Cork native ahead of the Wolves game spoke about the former Ringmahon Rangers player in glowing terms.

"He looked good but he’s a really calm person and he will not be now flying the whole of the week," replied Klopp.

"He is a hard worker and there’s no doubt that he will deal with all the fuss around him really well.

"It was a big call to throw him into that game but thank God, it worked out.

"That’s unfortunately not always the case, that doesn’t make the players worse, it is just the wrong timing of the manager.

"For him it was right, that’s good. Now we will see how we carry on." 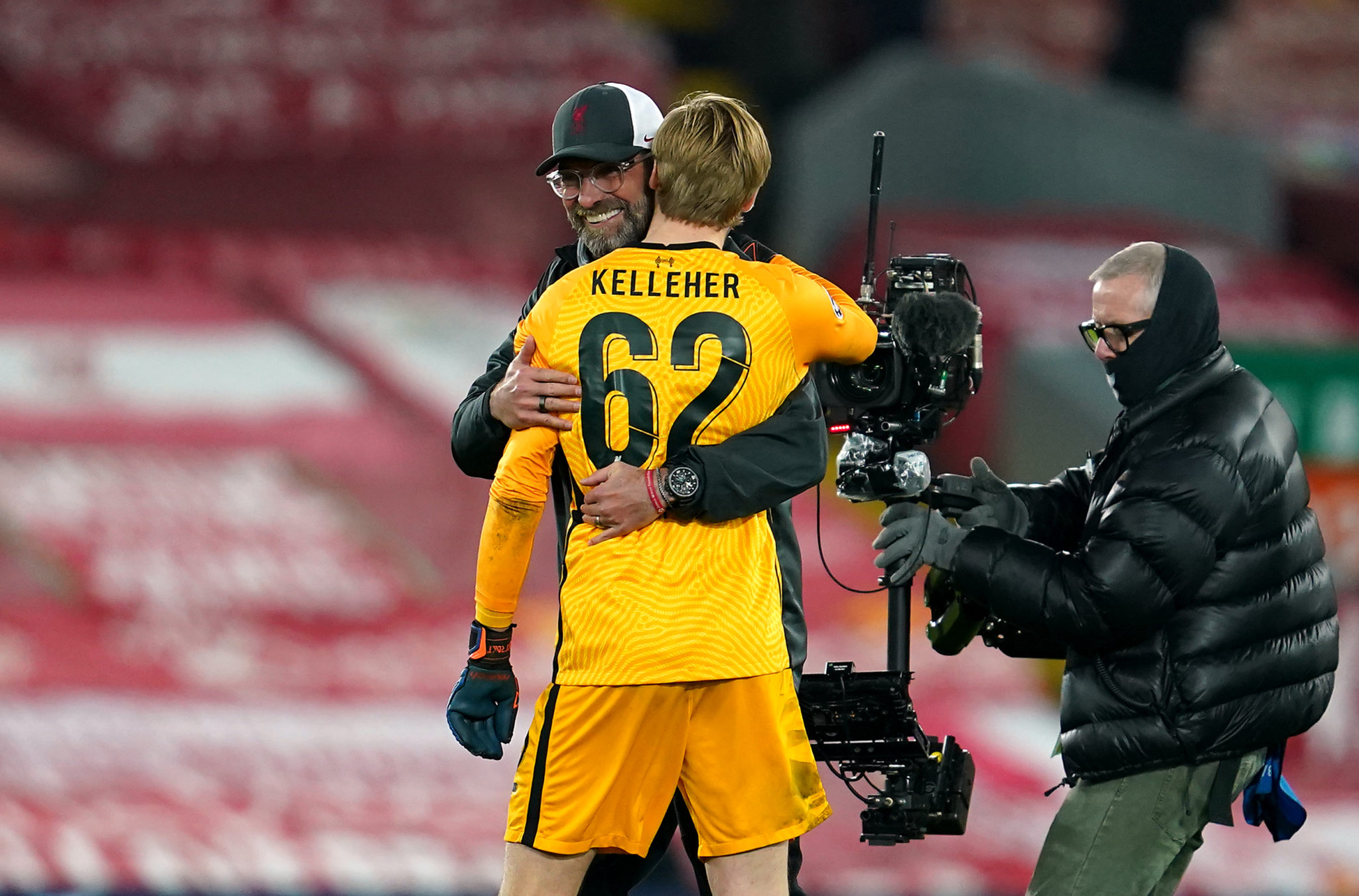 Alisson has spent a couple of spells on the sidelines this season with injuries, which adds extra significance to the number 2 role at Anfield.

Klopp was also asked if Kelleher’s moved ahead of Adrian for the backup role to Alisson.

"Caoimhin is a sensationally talented goalie. And for goalies it’s really difficult, goalies have to wait.

"They can be exceptional but they have to wait for their chance because there’s only one goalie on the pitch and if this goalie plays for 10 years in a row, it’s pretty difficult.

"You can be still a wonderful goalie and nobody will see.

"But Adrian doesn’t deserve just to be written off now, there’s no reason for that. He supported Caoimhin in an exceptional way.

"And Caoimhin did well. So, there are not a lot of reasons I could mention in this moment to say he will not start against Wolves, but there is training in between and other things, he has to stay fit, we have sessions. All this kind of stuff.

Alexander-Arnold hasn't played since the draw against Manchester City in early November, while Keita limped out of their win over Leicester almost two weeks ago.