"I'd be snapping basically" - Kellie Harrington

Kellie Harrington says she would have been "very disappointed" if Saturday's fight with Jelena Je...

"I'd be snapping basically" - Kellie Harrington

The 2018 AIBA Women's World Boxing champion joined Off The Ball to discuss the National Finals and the #DareToBelieve campaign.

Harrington wasn't due to fight on Saturday after the award of a walk-over. Having not fought since winning the World Championship in September, that was far from ideal for her 2019 preparations.

Ultimately though, a fight against Sweden's Jelic was organised, giving her valuable time in the ring.

"There's no point denying it. When you're getting ready for the National Elite final, you expect to be fighting a national person - an Irish person," said Harrington.

"I'd be snapping basically"

"You're always geared up for it because there's always a real challenge. You have to win it. But it's different this time. This time, I didn't have that 'I have to win this'. Not that I was going in thinking, ' I don't have to win it' either. But that little bit of an extra push wasn't there for me. 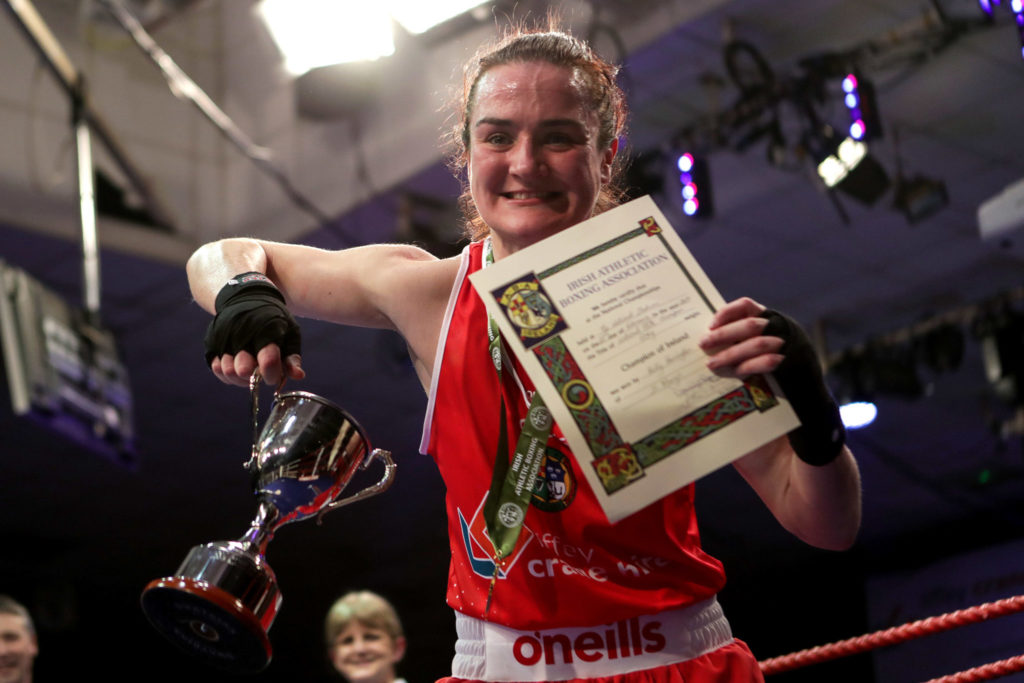 "But I was just delighted to get the fight either way. If I hadn't have got the fight on Saturday, I would have been very disappointed. This week, I'd be snapping basically because that's where everyone wants to be at is in the finals of the Elites. But as well as that, for my own preparation going forward and to get rid of the rust as well. I wanted to be back in there in an environment where there are people sitting around the ring. The atmosphere and the nerves and all, I wanted to feel that again. So when I'm going into my next competition, it's not just happening and I'm feeling, 'This is overwhelming'. So it's all a part of the process."

You can watch the full interview above via YouTube.