John Giles was staggered by the way Barcelona defended the fourth goal against Liverpool on Tuesday night.

At that point in the Champions League second leg, Liverpool were 3-0 up on the night and level on aggregate.

They won a corner and quick-thinking from Trent Alexander-Arnold saw the full-back pass it straight to Divock Origi who finished from point-blank range with the Barcelona defence frozen.

John joined us always on a Thursday to discuss this week's semi-final comebacks and that was the moment that flabbergasted him most.

"The winning goal... you couldn't have done anything worse than what they did," he said of Barcelona.

"Bill Shankly had a saying in football, 'When the ball comes dead, you come alive'. Well, [Liverpool] were a long time taking the corner kick and they still weren't ready for it.

"I just can't work it out at all. I couldn't imagine Liverpool giving a goal away like that.

"Barcelona had ages and ages of time to get back. It wasn't that [Alexander-Arnold] got on the ball quickly. He walked away from it and then came back for it and Origi was still on. 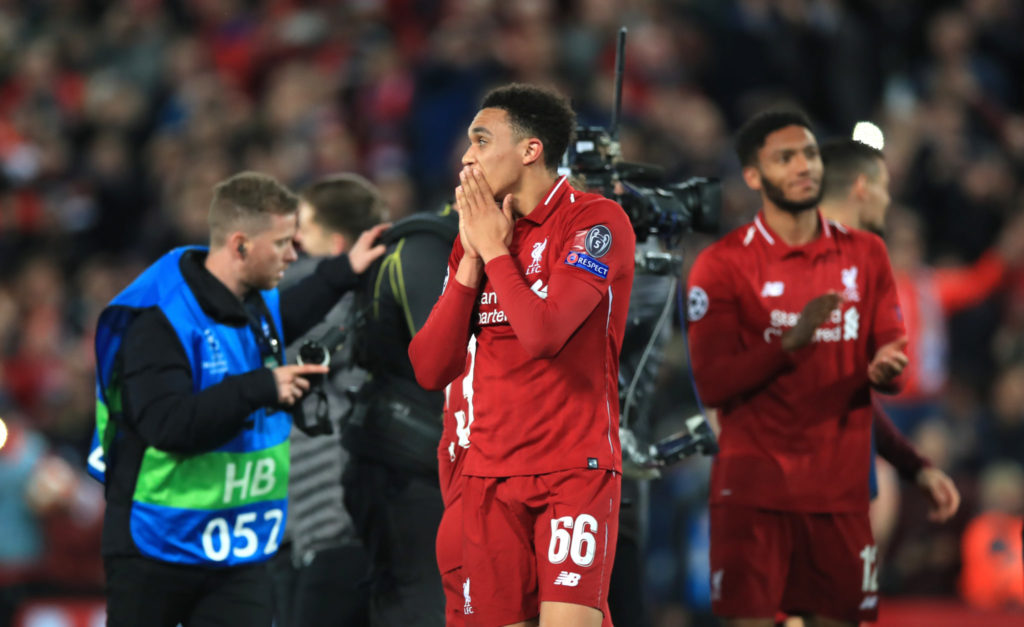 "After all that! I cannot believe a team of their experience like Barcelona approached that particular goal... it wasn't a quick corner kick, it was a clever corner kick and good from Alexander-Arnold who picked it out.

"But I'd say he was amazed when he went back to the ball for the second time that Origi is still on his own inside the six-yard line."

"The manager definitely wasn't doing his stuff," he said.

But he also felt usually reliable players like Lionel Messi and Luis Suarez also failed to grasp the occasion.

Meanwhile, the topsy-turvy nature of Tottenham's comeback at Ajax sparked a chat on midfield generals or the lack of them.

And one past example John raised was Liverpool legend Graeme Souness.

You can watch the full chat with John Giles on our YouTube channel from 9pm.

Full coverage of the final day of the Premier League season on Sunday’s Off The Ball. We've got exclusive commentary of Liverpool against Wolves with Nathan Murphy and Jon Walters at Anfield, while Stephen Doyle will be at the Amex to see if Manchester City can seal the title against Brighton. Tune in on Sunday.

Thiago ruled out of Bayern Munich's trip to Borussia Dortmund

No supporters at Eredivise matches until vaccine found - health minister

Hakim Ziyech expects to join Chelsea as planned in July