Leinster's James Lowe feels the extension of World Rugby's residency rules to five-years is a "st...

Leinster's James Lowe feels the extension of World Rugby's residency rules to five-years is a "step in the right direction".

The Nelson, New Zealand-born wing will be among the final group of players eligible for Ireland under the three-year residency rule. The rule for those that come after him has since been extended to five years.

"They were the rules that were set out," he told our own Will O'Callaghan at the relaunch of Tackle Your Feelings.

"I think five years is probably the way to go and I think it's a step in the right direction.

"Because then when you're in your teens, you have to make a decision. People aren't going to leave home in their teens. So I think it's a step in the right direction. Fortunately I'm under the three-year bracket."

Ex-Leinster and Ireland player Luke Fitzgerald has also been critical of the old rules and project players winning international caps ahead of homegrown talent.

"Obviously from Lukey's perspective, he's an ex-Irish international. It's an interesting topic, no matter how you look at it. But those boys who are now representing Ireland like they're doing, they're just trying to become better footie players," he said.

"A lot of them are givers. Like Bundee [Aki] won Supporters Players of the Year in the first year he was here. They're all just people trying to give back and understanding how lucky they are to be given this opportunity. They're not 'take, take, take'. There's a lot of giving in a lot of these boys. So it is what it is."

He also spoke of the similarities between Ireland and New Zealand as countries.

"The people are very, very similar as well. Very, very kind and giving. Appreciates small things and the simple things of life," he said.

"From the minute we got here, everyone's been so nice and giving and thoughtful. My first Christmas alone, I was around at Dan Leavy's house. I never would have thought a year before that I'd be sitting at Leavy's house. And then all of a sudden, he has his breakthrough Six Nations." 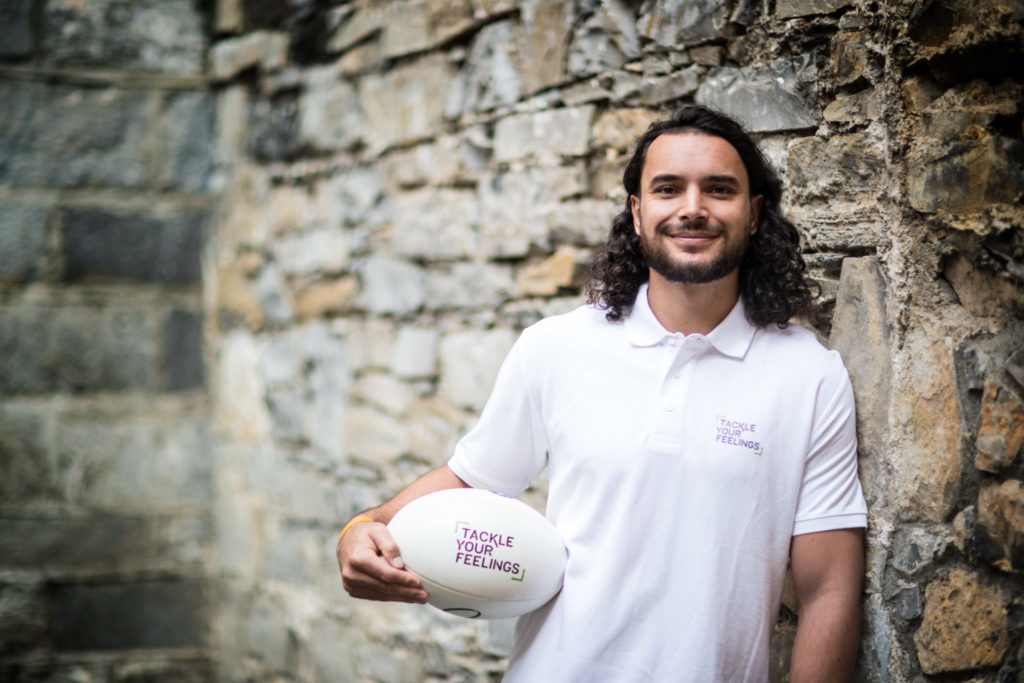 In his own case, he also added that "if the opportunity does come, I'm super excited" to play for Ireland.

Lowe also touched on his Irish team-mates at the World Cup. Jordan Larmour started at full-back in Ireland's win over Scotland and excelled. Lowe is backing to make that position his own.

"As you grow into the game, you have a better understanding of game-management, I could definitely see him playing 15," he said.

"Even here at Leinster, he's played a lot at 15. His work-rate is phenomenal, he's ridiculously fit and can create something out of nothing. He did play very well [against Scotland], same with Conway and Stockdale. Stockdale made some awesome reads and smoke Stuart Hogg a few times. I still feel after that round, I still think Rob [Kearney] is your No 1 choice at full-back - cool, calm and collected. A big left foot on him and covers a lot of metres. And then if you've got two game-breakers on the wings, that's where your X-Factor comes from."

He also said he was "absolutely gutted" for Leinster team-mate Devin Toner after he missed out on inclusion in Ireland's final squad.

Rugby Players Ireland and Zurich today relaunched the Tackle Your Feelings mental wellbeing app and website as part of a new phase of the campaign: #ImTakingControl. Leinster Rugby Player and campaign ambassador James Lowe was on hand to lend his support at the relaunch of Tackleyourfeelings.com and the TYF app, which is free to download through Apple and Google Play App stores. Tackle Your Feelings aims to promote a proactive attitude towards mental health and provide people with the tools to 'Take Control' of their mental wellbeing.