Italy, Australia and Brazil all finished up on six points in Group C at the Women's World Cup. Br...

Italy, Australia and Brazil all finished up on six points in Group C at the Women's World Cup.

Brazil beat Italy 1-0 at the Women's World Cup in France last night thanks to a second-half penalty from Marta. The six-time world player of the year has now scored a record 17 World Cup goals.

Brazil have reached the knockout stage at six consecutive World Cups and are set to play hosts France in the last 16 on Sunday but there's still an outside chance the South Americans could have a different opponent.

Italy still finished top of group C and will play a third-placed team in the last 16, with Nigeria or China the likely opponents. 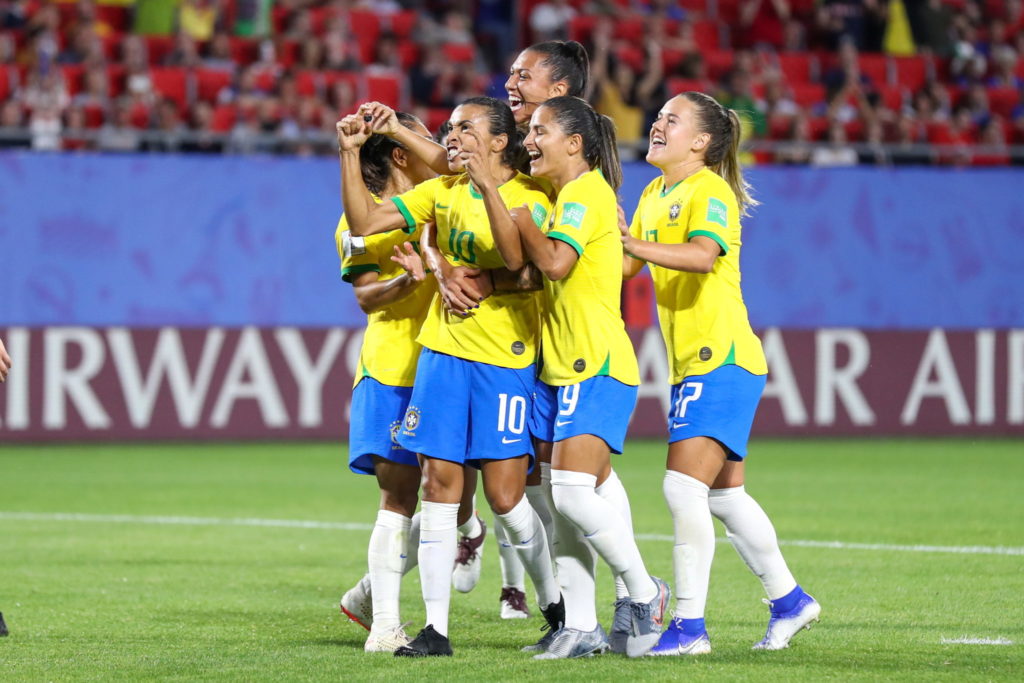 Four goals from Sam Kerr gave Australia a 4-1 win against Jamaica to secure the runners up spot in the group.

The 25-year-old scored twice in the first half and added another two goals in the second half. Havana Solaun got the goal for Jamaica, which was their first ever goal at a World Cup.

Kerr is the tournament's joint-top scorer with five goals alongside the USA's Alex Morgan.

Australia finish second in Group C, behind Italy and ahead of Brazil - all on six points. The Matildas will play Norway in Nice on Saturday.

Tonight in Group D, England play Japan and Scotland take on Argentina - both games kick off at 8.

Republic of Ireland to host Australia in Tallaght