Golfer John O'Leary has passed away at the age of 70.  O'Leary became just the third ever Irishm...

Golfer John O'Leary has passed away at the age of 70.

O'Leary became just the third ever Irishman to win the Irish Open when he pipped England's Maurice Bembridge to the title by a single stroke at Portmarnock in 1982.

He would remain the last Irishman to win the tournament until Padraig Harrington's triumph at Adare Manor in 2007.

Indeed O'Leary was one of the first to congratulate Harrington on his 2007 victory, having told Dermot Gilleece in 2000, "Quite frankly, with all the success our players have had in recent years, I'm amazed they haven't pushed me into the background.

"I will always be remembered as an Irish Open winner, which is very gratifying." 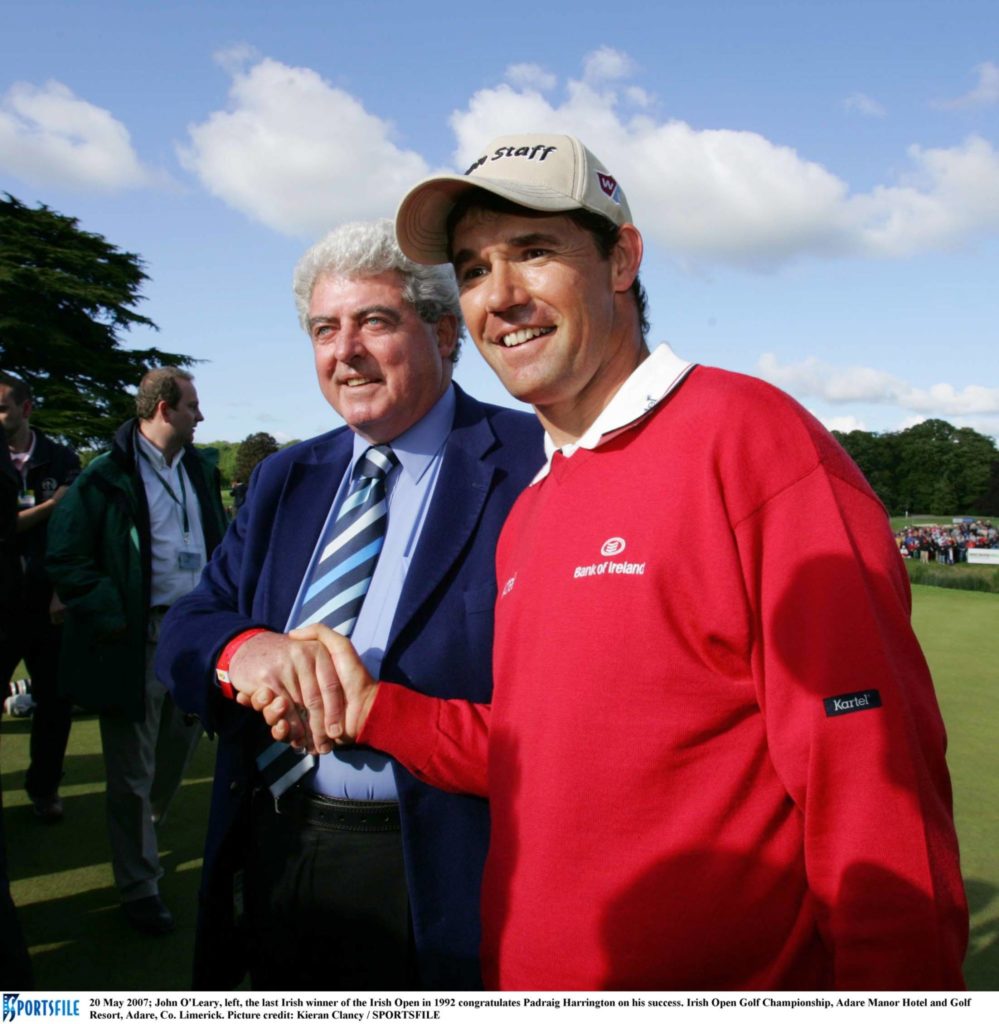 O'Leary was also a member of Bernard Hunt's Great Britain & Ireland Ryder Cup team that lost 21-11 to the United States at Laurel Valley in 1975.

He was one of three Irish rookies in that team along with Christy O'Connor Jr. and Eamonn Darcy.

His Irish Open success was his second European Tour victory - in 1976 he became the inaugural winner of the short-lived Greater Manchester Open at Wilmslow.

More sad news in the passing of my friend and fellow Irishman ‘Jonno ‘ O Leary - always a dedicated follower of fashion and all round great guy - what a year 2020 has been so far starting on Jan 2 with Edinburgh Jimmys passing - be lucky everybody in these uncertain times 🍀 pic.twitter.com/PJXSaJ0FtL

It was at Foxrock Golf Club where O'Leary made his name, joining as a junior in the late 1960s.

In retirement, he would go on to be a director at the European Tour and the professional at Buckinghamshire Golf Club in England.

Several of his contemporaries have paid tribute since news of his passing broke.

Former European Ryder Cup captain Sam Torrance described O'Leary as "one of my dearest friends and roommate for 10 years on tour."

Another ex-Europe captain Paul McGinley warmly remembered "a dedicated follower of fashion and all round great guy".

So sad to hear of the passing of one of my dearest friends and roommate for 10 years on tour RIP my old pal John Oleary pic.twitter.com/VKuBqWJ9H1