Ten-man Ireland's chances of qualifying automatically for Euro 2020 suffered another blow in Swit...

Ten-man Ireland's chances of qualifying automatically for Euro 2020 suffered another blow in Switzerland.

A 2-0 defeat in Geneva leaves the Boys in Green needing a win against Denmark next month.

The pitch wasn't in good nick to say the least. Indeed, it took a 6pm pitch inspection before it was deemed playable.

Mick McCarthy set up his team in a 3-5-2 formation with Aaron Connolly making his first start up-front.

But Ireland struggled to get on the ball, partly due to the pitch, but also partly down to the usual style of play.

But it was also a shot from outside the box that put Ireland behind. Striker Haris Seferovic received possession outside the Irish box before firing a low precise shot.

And it was precise enough to nestle into the bottom left corner of the Irish net, beyond the grasp of Randolph, who had no chance.

The visitors did have a chance to level from the typical route of a corner. Glenn Whelan swung in the ball on 40 minutes where it met Shane Duffy's head. But he could only direct his header straight at Yann Sommer.

Seferovic almost made it 2-0 shortly after half-time. But Randolph reacted well to his header from a Ricardo Rodriguez free-kick to tip the ball over.

Ireland, meanwhile, were brighter in that first 10 minutes of the first-half, without carving out a clear-cut opportunity.

That was prompted by a change of formation as Callum O'Dowda replaced target man James Collins during the break.

On 62 minutes though, the Swiss came close to doubling their lead. Rodriguez swung in an inviting corner which Newcastle United's Fabian Schar headed towards goal.

He had scored in Dublin last month with his feet but this time his header hit the outside of the post. It resulted in a scramble after the ball was immediately played back in.

But Ireland just about survived the situation with half an hour to go.

With 15 minutes to go, they suffered a blow as Seamus Coleman saw red for a handball in the box. 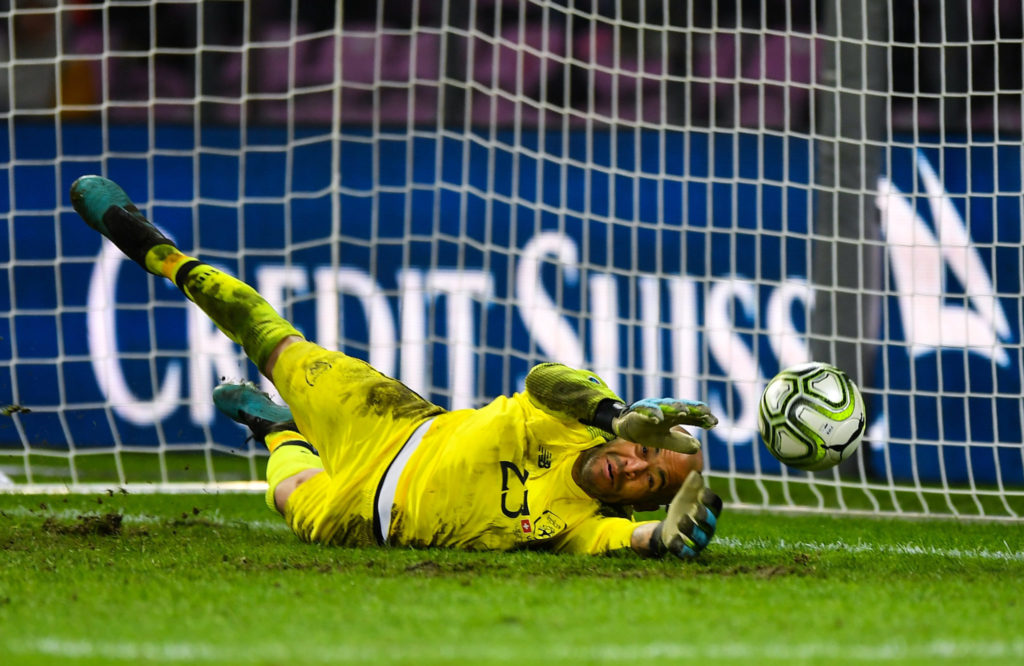 But Darren Randolph just about kept the Boys in Green in the contest as he got down low to save Rodriguez's penalty.

McCarthy's side hung in there, despite being down a player. But they were unable to find an equaliser. Instead, a late Shane Duffy own goal gave Switzerland more of a cushion.

It means victory will almost certainly be necessary against Denmark in Dublin in the final qualifier.

Switzerland are now one point behind Ireland with Vladimir Petkovic's side also having a game in hand. Their remaining games are against Gibraltar (A) and Georgia (H) which they would be expected to take maximum points from.

Denmark, meanwhile, face group minnows Gibraltar in their game-in-hand. That means Age Hareide's side will likely arrive in Dublin for the November 18th game, three points clear at the top, leaving Ireland needing to win to qualify automatically.

You can listen back to our commentary and post-match analysis of Switzerland v Ireland here: