The All-Ireland hurling final in numbers

Kilkenny meet Tipperary in the GAA senior All Ireland hurling final for the 21st time at a packed...

The All-Ireland hurling final in numbers

Kilkenny meet Tipperary in the GAA senior All Ireland hurling final for the 21st time at a packed Croke Park on Sunday in the culmination of a dramatic 2019 season.

Tipperary lead the Cats 11-8 on the head-to-head with one draw from the previous 20 All Ireland hurling meetings. The Premier came out on top the last time the sides met. That was in the 2016 All-Ireland final, the nine-point margin was the biggest defeat inflicted on Brian Cody's men in a final on his illustrious watch.

That 2016 win for the Premier was revenge for 2014 when Kilkenny came out on top after an epic replay. The two sides are familiar foes, the last five times Tipperary have been in an All Ireland decider, Kilkenny were in opposition.

The sides have already met in competitive action this year. That was back in February during the Allianz National League campaign. It will be a very different setting at Croker on Saturday compared to Semple Stadium, where the Cats came out on top by a single point. 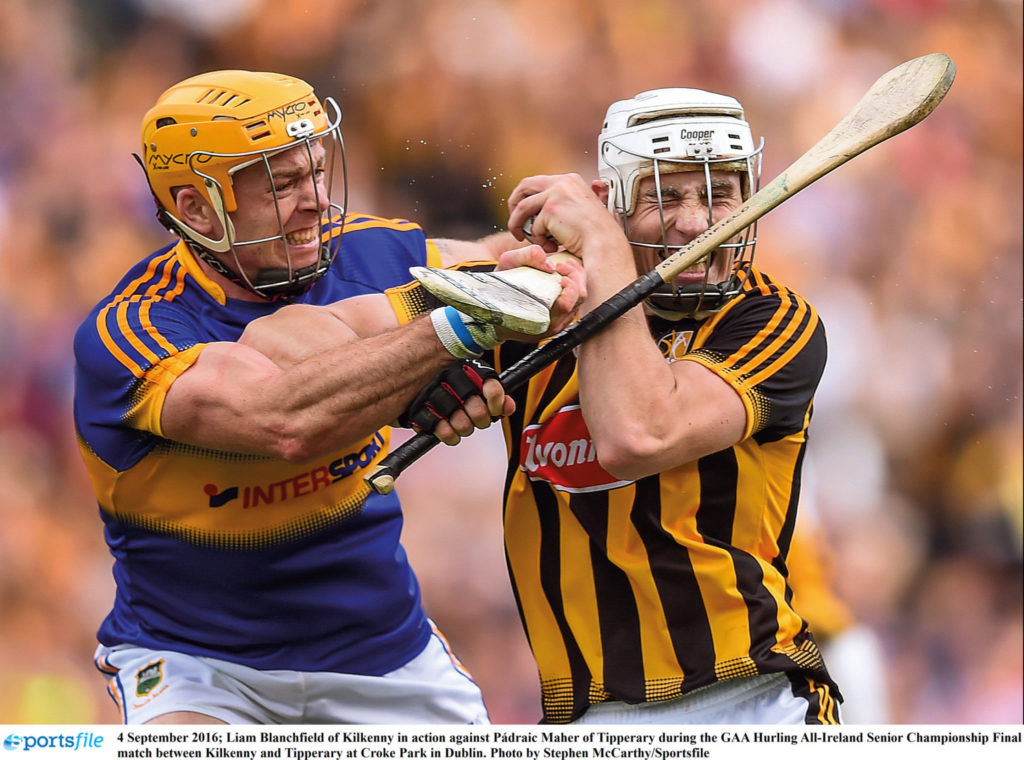 4 September 2016; Liam Blanchfield of Kilkenny in action against Pádraic Maher of Tipperary during the GAA Hurling All-Ireland Senior Championship Final match between Kilkenny and Tipperary at Croke Park in Dublin. Photo by Stephen McCarthy/Sportsfile

Tipperary suffered just one loss throughout their All Ireland hurling championship campaign. Limerick got the better of The Premier by 2-26 to 2-14 in the Munster final. Kilkenny on the other hand only won four of their seven championship games, losing twice and drawing once.

This a surely unwanted record for Brian Cody. By way of the new format, Kilkenny become the first team to lose twice in the championship and still get to an All Ireland hurling final.

TJ Reid has been instrumental for the Cats with his scoring this summer. The Ballyhale Shamrocks sharp-shooter has contributed a scarcely believable 5 goals and 72 points over the course of the Championship, with 2-61 of those from placed balls.

While Jason Forde has topped the scoring charts with 2-57 in the Championship so far with a goal and 40 points from frees and a penalty for Liam Sheedy's team. It's been Seamus Callinan that has really powered the Tipp scoring. The Drom-Inch club man has amassed an incredible seven goals and 16 points, all from play. Already a dual All-Ireland winner the captain is looking to lead his side to a third medal.

The experience at Croke Park on Sunday will be familiar for many. Kilkenny looking for a 37th All Ireland, Brian Cody looking to lead his men to a 12th title in the 19th final of his tenure. Liam Sheedy hoping his Tipp side secure a 28th All Ireland, a third on his watch. Even the referee has been here before, James Owens of Wexford will officiate for the third time.

For the first-timers though, Sunday will be a special experience. One of the final debutantes of who much is expected is Adrian Mullen. A player Jackie Tyrell described as "an Assassin" when speaking to OTB this week. The favourite to scoop the young hurler of the year title has been an ever-present and already has a goal and 13 points to his name in the championship.

On Sunday a senior Celtic Cross could make his day and year unforgettable.