Republic of Ireland defender Enda Stevens says his club-mate John Egan has all the attributes to ...

Republic of Ireland defender Enda Stevens says his club-mate John Egan has all the attributes to captain his country.

Sheffield United pair Stevens and Egan are both preparing to play Bulgaria in the Nations League on Thursday with Stephen Kenny set to take charge of the senior team for the first time.

Both were regulars for the Blades on their impressive return to the Premier League, which saw Chris Wilder's side finish in the top half of the table.

It was quite the debut season in the Premier League for Egan, who has worked his way up through the divisions in English football. 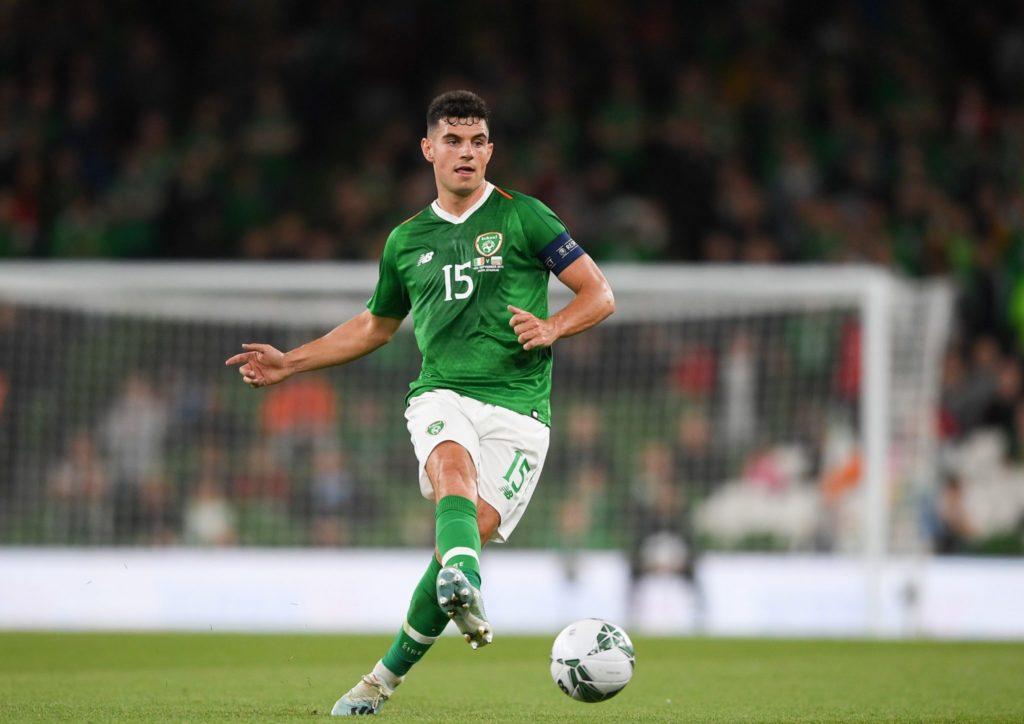 The Cork native captained Ireland the last time the Boys in Green faced Bulgaria in a friendly at the Aviva Stadium less than a year ago.

Stevens believes the 27-year-old defender could be given the skipper's armband on a more regular basis in the future.

"He's a born leader, it just comes natural to him on the pitch," said Stevens.

Egan joined Sheffield United in 2018 and was part of the team that won promotion from the Championship.

Speaking to the media ahead of the trip to Sofia, Stevens said his international team-mate was key to that success.

"He fit the final piece of the puzzle that we kind of needed to win that promotion and he helped us an awful lot get us over the line."

Stevens is looking forward to Stephen Kenny's first game in charge and wants to make sure he becomes an automatic selection for the new Ireland boss.

"I think players are looking at it as an opportunity to impress the new manager, it's a clean slate for every player.

"We'll all be eager to play well and put our name in his head, get that shirt..hopefully play well and play as many times as you can for your country.

"It's a new manager, it's a new staff and they'll have their own ideas but the players will have to play well to stay in the team, there's a lot of competition for places."

Stephen Kenny has a choice to make on the right side of his defence between Seamus Coleman and Matt Doherty but the decision to play Stevens at left-back is a lot more straight forward.

However, that doesn't mean Stevens will get complacent.

"I don’t think you should ever be comfortable. Footballers should always be kept on their toes.

"You have to perform well to play, and that’s what I’ll do, get my head down, work hard, and try to impress the manager."

Callum O'Dowda out of Ireland's clash with Bulgaria

Hourihane | "We have to come out fighting on Wednesday night"