Ireland's fastest ever woman Phil Healy has not given up on her Olympic dream despite missing the...

Ireland's fastest ever woman Phil Healy has not given up on her Olympic dream despite missing the chance to go to Tokyo last year in the form of her life.

The 26-year-old Cork native had put herself in a great position to qualify for the Tokyo Games and in February of last year set a new Irish 200m indoor record of 23.10 in her victory at the AIT International Grand Prix.

She spoke on Wednesday's OTB AM about the tinge of regret she felt when the Games were rescheduled after she had started the Olympic year in such blistering form on the track.

"Absolutely and especially after the year kicked off so well in February when I broke the national record and I'm thinking, "Right, well I've run the quickest that I've ever run so I'm obviously in the shape of my life", at that moment," said Healy.

"The year previous I broke my foot just off a wobble on a step so I was [thinking] everything is gearing to the best year that could possibly be and I don't want say, 2021 to be a year where it wasn't as good as 2020 or something like that."

Healy praises her coach Shane McCormack for being ahead of the curve in preparing her for the worst, an almost entirely inactive summer although she did go on to claim her 11th and 12th national titles in August.

She admits that she had moments of self-doubt with regard to holding on to her qualification spot for Tokyo but that having the right kind of people around her was a massive help in keeping her focused.

"There is that slight doubt in your head as well but it gives you that extra motivation to push things on, to make things better and just to accept it because at the end of the day you can only control the controllables," said Healy.

"Yes, we would have all loved to have had Tokyo last year when you're in the shape of your life. For other athletes it's an extra opportunity for them to secure qualification and things like that but it just pushes you on and you have no choice and you just have to adapt around it and I'm looking forward to preparing for it this year as well.

"I was lying in 29th position out of the 56 that will qualify and you just have those doubts as an athlete but at the end of the day you just have to pick yourself up and push right through. 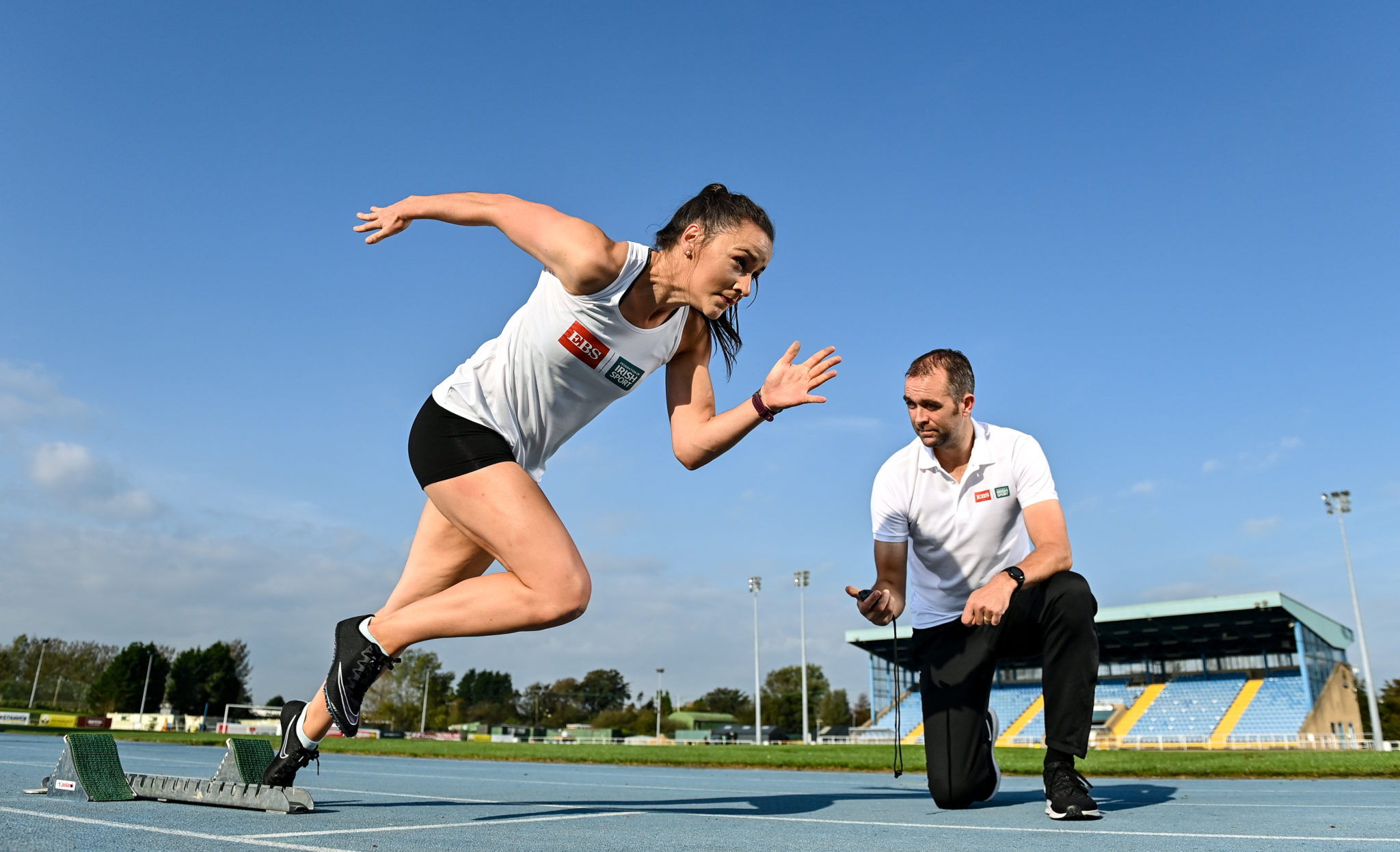 16 September 2020; Phil Healy, and her coach, Shane McCormack in attendance at the final call for nominations for the 2020 Federation of Irish Sport Volunteers in Sport Awards supported by EBS. Photo by Sam Barnes/Sportsfile

"My sports psychologist Ciara Losty would have checked in with me an awful lot during lockdown and that was a great resource and then having Shane around me all the time.

"I had one training partner as well at the time when we could possibly do it with restrictions. It is so important to lean on the people around you but I have to say Shane was ahead of the game so I was prepared in a way that there wasn't just a sudden shock of everything being taken away from me."

At 26, Healy is at a good age to attack two Olympic games if Tokyo does go ahead this summer, meaning she will be 29 for the Paris Games in 2024 and still at peak age for a sprinter.

She has not given up hope yet that she will get to sprint in the Japanese capital city this year.

"Every athlete just wants to believe that it does go ahead," said Healy. "Obviously there is so much at stake for the Olympic Federation, in terms of cost and different things like that, if it is cancelled so as an athlete I do want it to go ahead and not to be transferred to 2024.

"Let's hope that things can go in the right direction and even here at home that we can lower the curve and we can lower the numbers and people can stay at home and protect themselves in order that normal life can resume in some sort of fashion.

"You work so hard and you make so many sacrifices for any normal year and then the Olympics is another level up from that.

"There's so much involved in the year, so much that people don't see, they just see the Olympics as the end point but not all the ups and downs in between.

"So one hundred per cent, any athlete is going to do whatever they can to get to the Olympics and if that means going out earlier, it just goes back to adapting. Every athlete has learned to adapt and push on in non-normal circumstances so it's just another step along the way that you have to overcome."