England captain Kane is currently sidelined with an ankle injury.

Tottenham manager Mauricio Pochettino is 'optimistic' that his star striker Harry Kane will return before the end of the season.

He watched Spurs' progress to the semi-finals on tv last night and the club have confirmed this afternoon that he's now 'commenced rehabilitation'.

Pochettino says he can't put a time frame on Kane's recovery but insists the medical team will do everything possible to get him back on the pitch before the end of the campaign.

"We are going to assess him day-by-day, we'll see. We're not optimistic but you know Harry Kane and with Harry Kane all is possible.

"We're not going to say he won't play again or not, we are going to assess him day-by-day." 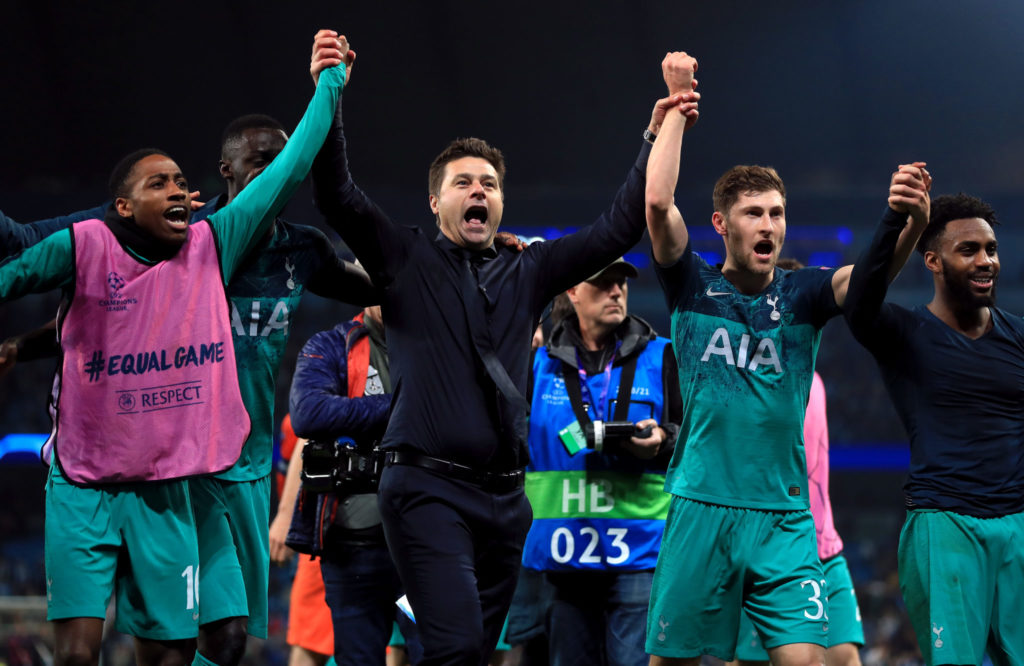 VAR ruled out a Raheem Sterling goal in injury time and Pochettino says he went through a roller-coaster of emotions.

"I didn't want to watch because in that moment I take off my jacket and jumper and throw to bench and go to my seat and think very bad things," he said.

"I understand the situation on the City bench; from top of the world down, disappointed, that is unbelievable, the emotion we live last night was amazing.

With another game at City on Saturday in the Premier League, Pochettino says there's no time to reflect.

"You know that we left yesterday everyone is happy but a little bit tired too," he added. We arrived (home) late, we didn't sleep too much but the happiness allows you to feel strong and with energy, and of course now we're thinking about the game on Saturday.

"We don't have time to enjoy and we need to forget the Champions League now and try to be ready for Saturday because it's going to be a battle.

"It is not easy, it is so difficult to tell them to stop to thinking about the result last night and the possibility to play in the semi-final."

Rotunda hospital to lift most remaining restrictions on partner visits