Glenn Whelan's time at Hearts could be over

Republic of Ireland international Glenn Whelan has made over 90 caps for his country - but his cl...

Glenn Whelan's time at Hearts could be over

Republic of Ireland international Glenn Whelan has made over 90 caps for his country - but his club manager at Hearts has appeared to suggest he lacks the leadership qualities to feature in the team.

The 35-year-old Dubliner joined the Scottish Premiership side in August on a one-year contract, but just four-and-a-half months into his tenure, it seems his time is already over.

The club, who sit bottom in the Scottish Premiership have been in a bad run of form under 45-year-old German boss Daniel Stendel, who has previously been sacked at Barnsley and Hannover 96.

He took over at Heart of Midlothian earlier this month, with Whelan featuring in three of his first games in charge - but didn't feature on St Stephen's Day against Hibernian, and has also been left out of the squad for their game against Aberdeen. 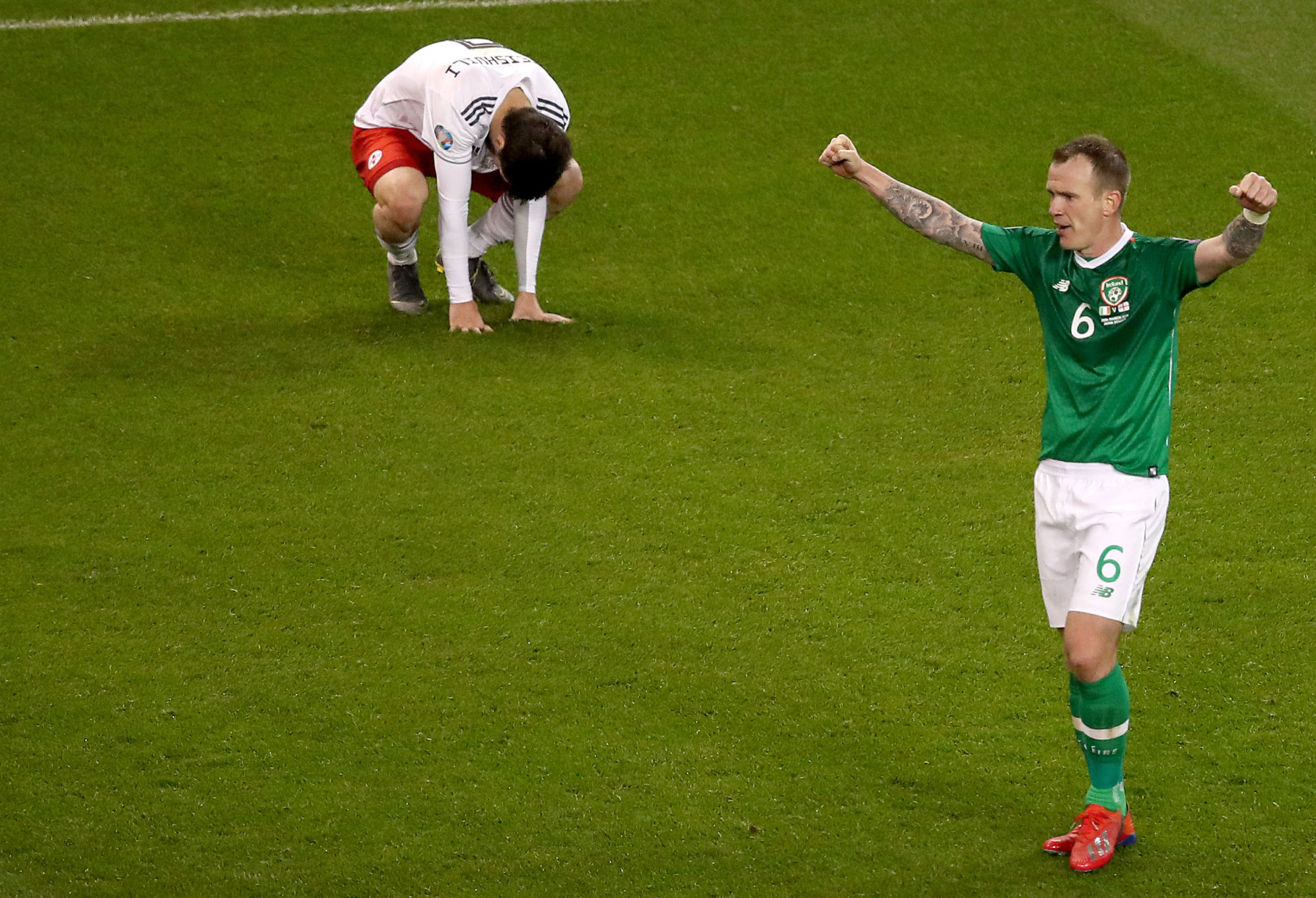 “I can say he is a good type," said Stendel as reported by BBC Sport. "He wants to take the responsibility but I have seen only three games. Do you have the feeling he is a leader in this group?

"It’s not Glenn’s fault – but a real leader in the centre of the pitch? Sorry. Maybe I missed it. Michael Smith tries to take responsibility on the pitch.

“Before I came here, they signed some players who have experience and are the right age to take the responsibility but maybe they are not fit at the moment or they cannot handle the situation at the moment.”

Whelan's international career with the Republic of Ireland seemed to be over at the end of Martin O'Neill's reign - however, he was welcomed back into the fold by Mick McCarthy who has picked the 35-year-old regularly as he tries to navigate a way to Euro 2020. If the Boys in Green qualify for next summer's tournament, there would be two group games in Dublin, and a third in Bilbao.

However, in the playoffs, they must get through a one-legged game away to Slovakia on March 26, and if they get through that, if will be a trip to Bosnia and Herzegovina or a do-or-die game against Northern Ireland in Belfast.