Brighton striker Glenn Murray has signed a new one-year contract as he aims to become the club's ...

Brighton striker Glenn Murray has signed a new one-year contract as he aims to become the club's all-time leading scorer.

Murray was set to leave the Premier League club during the January transfer window but Seagulls boss Graham Potter recalled the veteran striker to the starting line-up at West Ham on Saturday.

The 36-year-old scored a late equaliser in the 3-3 draw at the London Stadium, taking his tally at the club to 111 goals.

Murray’s new deal keeps him at the Amex Stadium until June 2021.

"I’m delighted to commit my future to the club and be part of this project that we’re working on," he told the club’s official website.

"I’m just looking forward to the second half of the campaign now – all I need to do from my personal perspective is make sure I’m fit and ready to go when the gaffer needs me."

Murray also believes his relationship with fellow strikers Aaron Connolly and Neal Maupay will benefit the club in the future.

"I work with Aaron and Neal every day and have a good relationship with them both.

"I always try to pass things on when needed - probably more so to Aaron because he’s a bit younger. I just try and lead by example and go to Ben Roberts (goalkeeping coach) after training to get a finishing drill put on and things like that.

"Aaron and Neal join in and that’s a good habit to get into in terms of hitting the back of the net regularly." 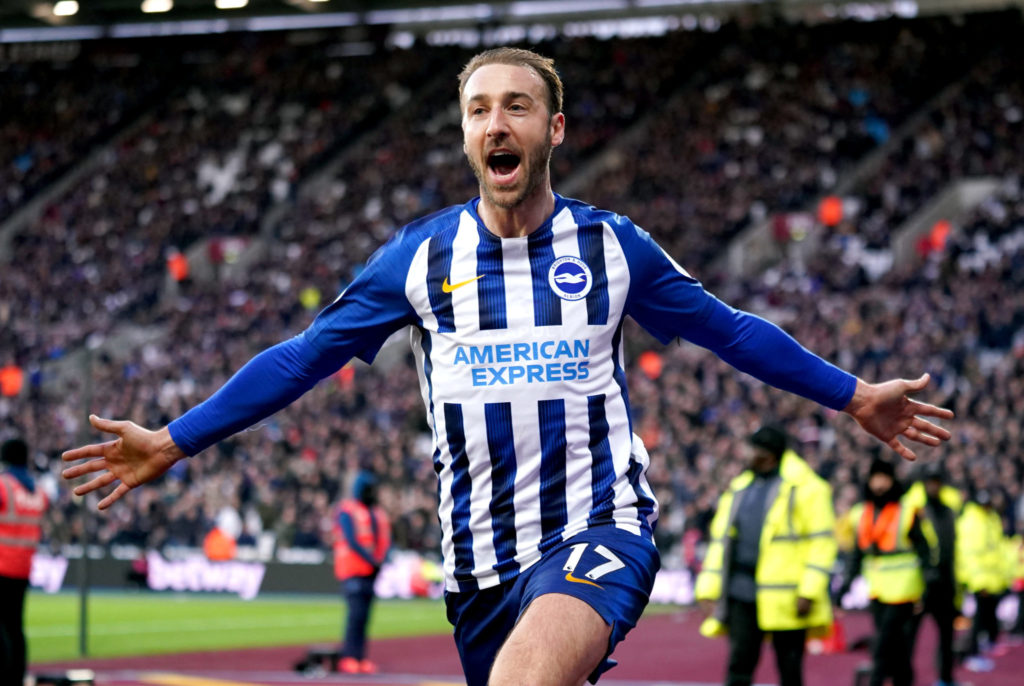 The goal at West Ham leaves Murray 13 behind Albion’s all-time scorer Tommy Cook, and it’s a record he says he’d love to break.

"I think the record was probably in my head at the start of this season, but with the way it’s panned out I obviously haven’t been playing as much.

“But it was good to get back on track at the weekend with the goal. The record will be talked about in the press again now and the club have given me a good opportunity to get there with this new deal – it’s something I’d love to achieve."

Brighton manager Graham Potter welcomed the news, "I’m delighted Glenn’s agreed this new contract, and it’s one he deserves. He’s got it because of what he can bring to the team and squad.

"Everyone knows what Glenn brings to this club, and he’s an important member of the squad — on and off the pitch — and he showed that in abundance on Saturday at West Ham.

"I’ve always said he’s got a big part to play here. He’s happy and settled here, he loves this club, and he’s been the ultimate professional on and off the pitch. He keeps himself in fantastic shape and that takes great dedication."

Brighton are two points above the relegation zone and host fellow strugglers Watford next in the Premier League.