Thomas joined us to build-up to the Union Cup which takes place at DCU in June.

Rugby Australia sacked Folau over anti-LGBT social media posts. He had previously incurred a warning for similar behaviour in 2018.

He is currently without a club after termination of his contract.

Thomas has a word of warning for clubs who consider signing Folau.

"Anybody who decided to sign him would have to realise they're not just signing his ability. They're signing his beliefs," he said.

"If that's a club that promotes what Israel Folau is saying, then fine. But find me any club in France or anywhere in the world that would promote his beliefs, then I would say they are clubs that are not well supported in the public eye in general. 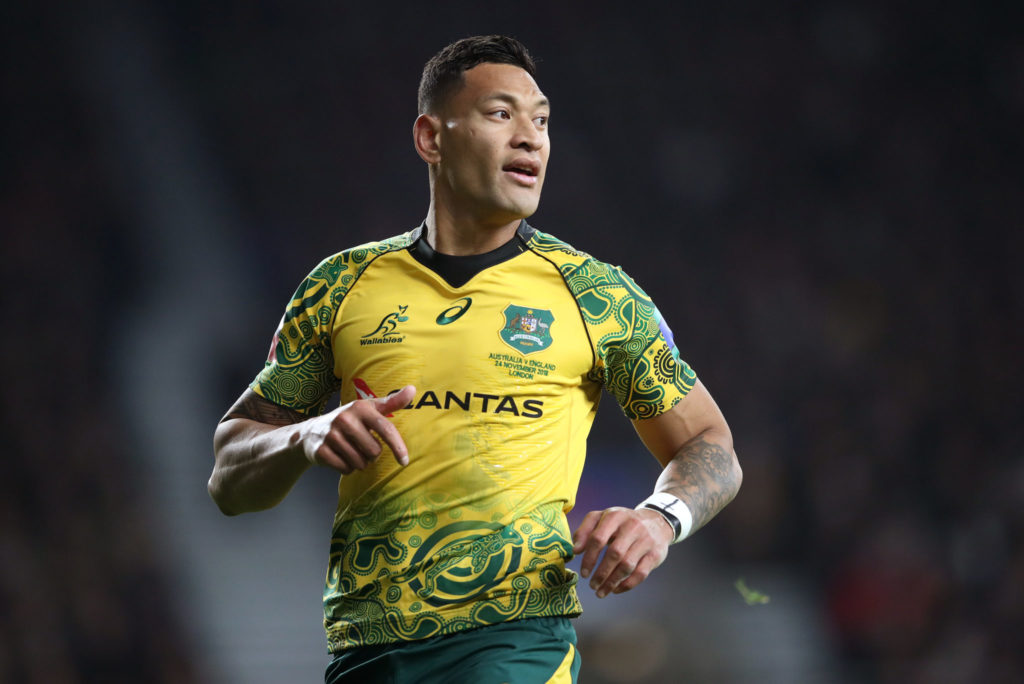 "So I understand he has great ability. But for a fanbase or for a changing room environment, for me Israel Folau personally would make a very difficult environment. I would be very hurt if he was playing in Europe. But ultimately the club that takes him will have to realise that they take his beliefs."

Thomas also discussed his reaction to the Folau issue and what sporting society can learn.

"My initial reaction was anger. But then I looked at sympathy to think that if somebody who is a sporting icon, one of the best performers of rugby in the world today and his popularity, his status has been built on the game of rugby," he said.

"And then to use that popularity and that status that rugby gave him to promote what I class as hate speech to influence other people and the next generation of people to think that potentially in the sports field or in the school playground that something like this is OK because Israel Folau has said it.

"I think it's another season why things like the Union Cup are so relevant. Because as much as we'd like for it all to go away, the reality is what Israel Folau said is out there. What Billy Vunipola said is out there and it will never go away.

"There will always be people who think like that. So it's getting tournaments like the Union Cup and events that are LGBT+ inclusive to show what they're saying is very negative and a very wrong thing.

"And I think in the case of Israel Folau, for him not to just accept what happened, to keep fighting and going on, to keep promoting what he said basically, it just goes to show that, for me who's willing to be outspoken in the fight against it, I make sure my voice and what I do is a lot louder than what other people who have this hate speech and this belief."

You can watch the full interview with Gareth Thomas above via our video player.