Daithi Regan believes Galway remain "rudderless" when they are missing Joe Canning or when he's n...

Daithi Regan believes Galway remain "rudderless" when they are missing Joe Canning or when he's not fully fit.

Dublin dumped the 2017 All-Ireland winners out of the Championship at the Leinster group stage at the weekend.

Offaly All-Ireland winner Daithi and Tipperary legend Nicky English joined us to discuss the final round of provincial action and they began by dissecting Dublin's win over Galway.

"I took a lot of criticism from Galway fans for suggesting that it was like deja vu with Galway," said Daithi.

"Conversations we've had 4-5 years ago that without Joe, Galway were rudderless... well, this year they were. The same dynamic wasn't there without him.

"That's a wonderful compliment to a wonderful player that when he's missing, it's like TJ Reid out of the Kilkenny team now. How do you think Kilkenny would do without TJ Reid? Without Joe, they are not the same team."

English believes there is "pressure" on Galway to rebuild.

"I think Galway are going to be under a little bit of pressure. They need to find new players. Micheal [Donoghue] is there four years and I'm sure there'll be nobody wanting him to leave. But will he have the heart to go for another fifth year? So it will be interesting but they will need to find new players and I'm not sure where they have that." 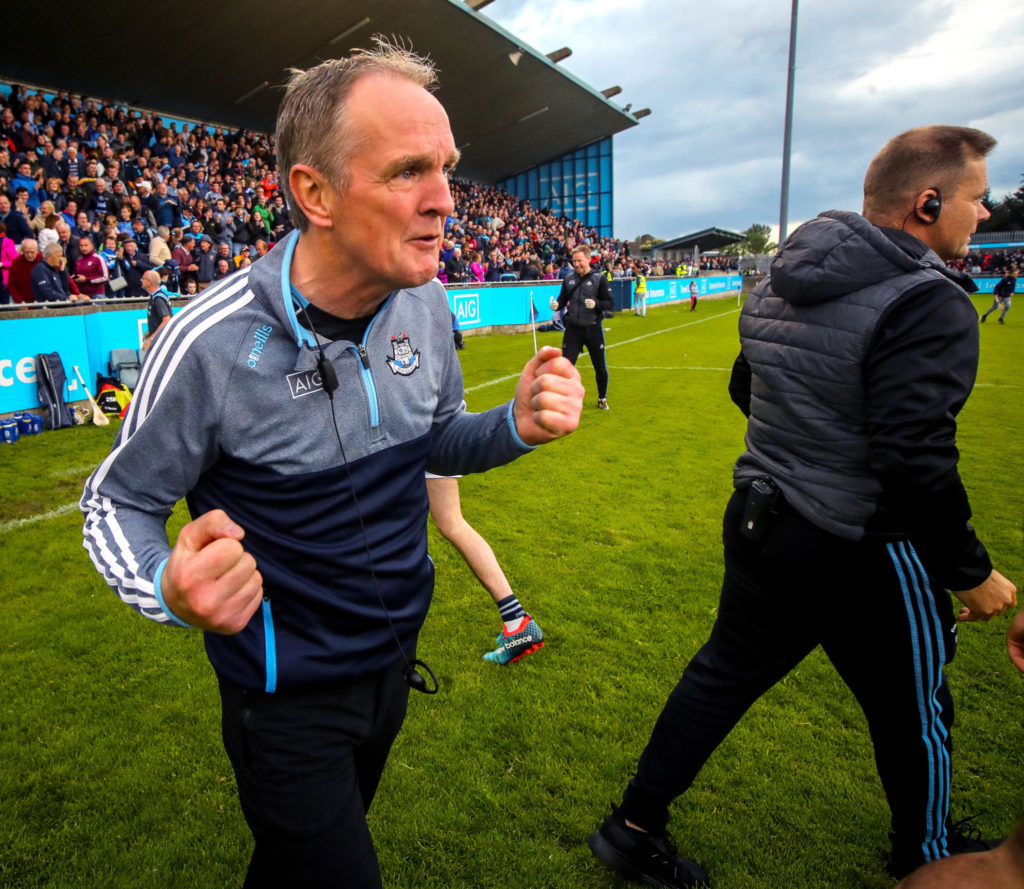 Daithi also turned his thoughts to the victorious Dublin team.

"It was a tremendous win for Dublin and I think there are very few that would have predicted," he said.

"I do believe that the Mattie Kenny factor, you can't understate it. He's five or six years now on the Dublin hurling scene and you've just got to look at the man's record.

"He's been part of a Galway management team that were involved in two senior All-Ireland titles and he's made no bones that it was a job he craved.

"And then he took a major project with Cuala and they were extremely successful, dual All-Ireland medal winners. He's brought that tactical nous to the Dublin scene. I've always felt Anthony Daly's achievements in the league and Leinster title should've been a stepping stone for greater things for Dublin. Then they went through a lull period for a couple of years and disharmony within the squad.

"And Mattie Kenny has proven to be the key here. So he's tactically very astute and Dublin are very, very fit, very physical and very strong. They really went at Galway and matched them physically."

Daithi added, "It's a big shock... not that Dublin beat Galway but that Galway are gone out of the Championship. But from a Dublin perspective, it's tremendous for the hurling world to see them involved in the shake-up. From every aspect, it was a fantastic performance and a wonderful win."

English also predicted that Dublin "will put it up to anybody in the quarter-finals".

You can watch the full chat with Daithi and Nicky on the video player above.