Journalist shot dead during violence at the nearby Creggan estate

Derry City have confirmed that tonight’s SSE Airtricity League match against Shamrock Rovers will go ahead as planned. The Premier Division’s top two clubs are due to meet at the Brandywell less than 24 hours after a journalist was shot dead at the nearby Creggan estate.

29 year old Lyra McKee died after a masked gunman fired in the direction of journalists and members of the public in Fanad Drive. Violence had broken out after police conducted raids in the area. They were concerned attacks were being planned to mark the 1916 Easter Rising.

The shooting has been described as a terrorist incident. A murder investigation has also been launched. The PSNI say up to 50 petrol bombs were thrown last night, while two vehicles were hijacked and set on fire. The Brandywell is less than a kilometre from the scene of the violence. 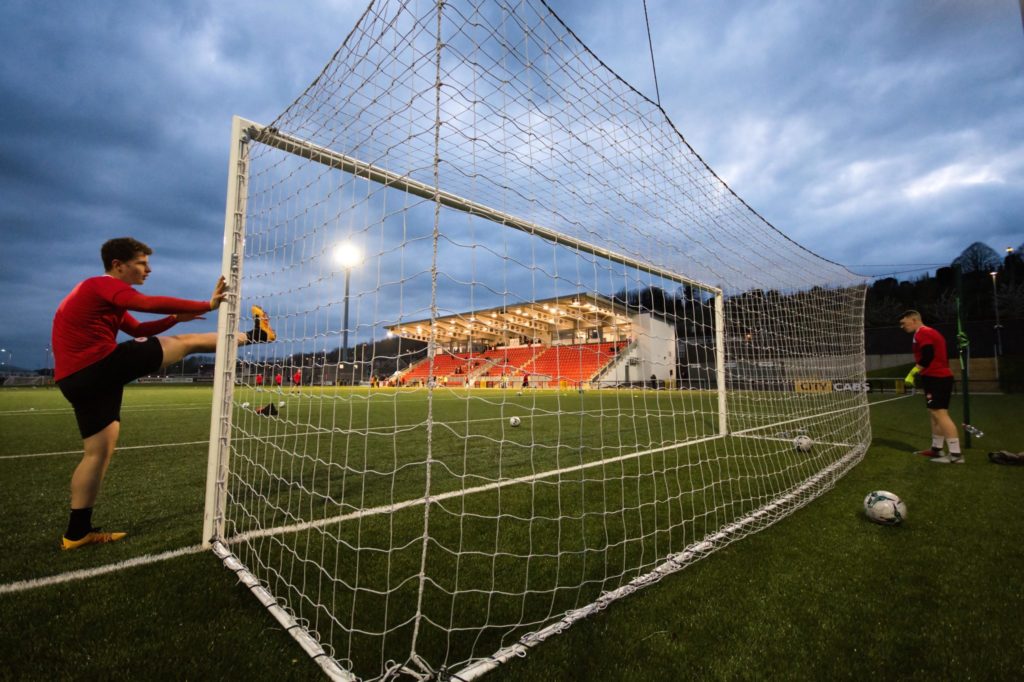 There have been a number of security issues at Derry-Rovers matches in the past. A bus was attacked when the sides met at the Brandywell in March 2011.  Fans claimed calls for police assistance went unanswered as PSNI officers were unwilling to enter the area.  Six Rovers supporters groups refused to travel for the next game against the Candystripes. They cancelled all bus transport “because of genuine fears for safety”.

Tonight’s match is due to kick off at 7.45.  Shamrock Rovers intend to fulfil the fixture. Victory will move the Tallaght side 11 points clear at the top of the table, if Bohemians lose to UCD at the Dalymount Park.

Champions Dundalk host Finn Harps at Oriel Park this evening. Waterford play Cork City at the RSC. Richmond Park is the venue for the game between St Patrick's Athletic and Sligo Rovers.

Derry City to welcome back fans to Brandywell for Bohs visit