"The night Seamus broke his leg, my wife had a miscarriage that morning" | David Meyler

On the night Seamus Coleman broke his leg against Wales in 2017, David Meyler was one of the Irel...

"The night Seamus broke his leg, my wife had a miscarriage that morning" | David Meyler

On the night Seamus Coleman broke his leg against Wales in 2017, David Meyler was one of the Ireland starters.

But little did anybody know of the personal anguish his wife Cally, David Meyler himself and his family were going through as he stepped onto the field.

The Cork native joined Joe Molloy for an hour-long chat in studio. During the in-depth conversation, he opened up about that night.

"The night Seamus broke his leg, my wife had a miscarriage that morning," he said.

"And I knew James McCarthy might be struggling and Martin said, 'You might be starting. James is struggling'.

"I laugh about it now but at the time it was no laughing matter. Ambulances had to come to the house, so she's ringing me.

"I'm in Ireland, in the hotel and trying to prepare for a game. So then she gets rushed to hospital. Luckily enough, we'd a pair of neighbours across the road, Graham and Sue - amazing people.

"They came over and minded our little girl. Curtis Davies (former Hull team-mate) and his wife came because Cally was really good friends with Laura. She came to mind Alanna.

"So Cally was in the hospital and up the walls. Then her Mum had to come over, so it was kind of, 'What can I do, what can I do?'"

Meyler was unsure whether he would be able to return to the UK to be with his family.

"Then I went and spoke to Martin and he said, 'You have to go'. As the time went by, it just became, 'When can I get there?' 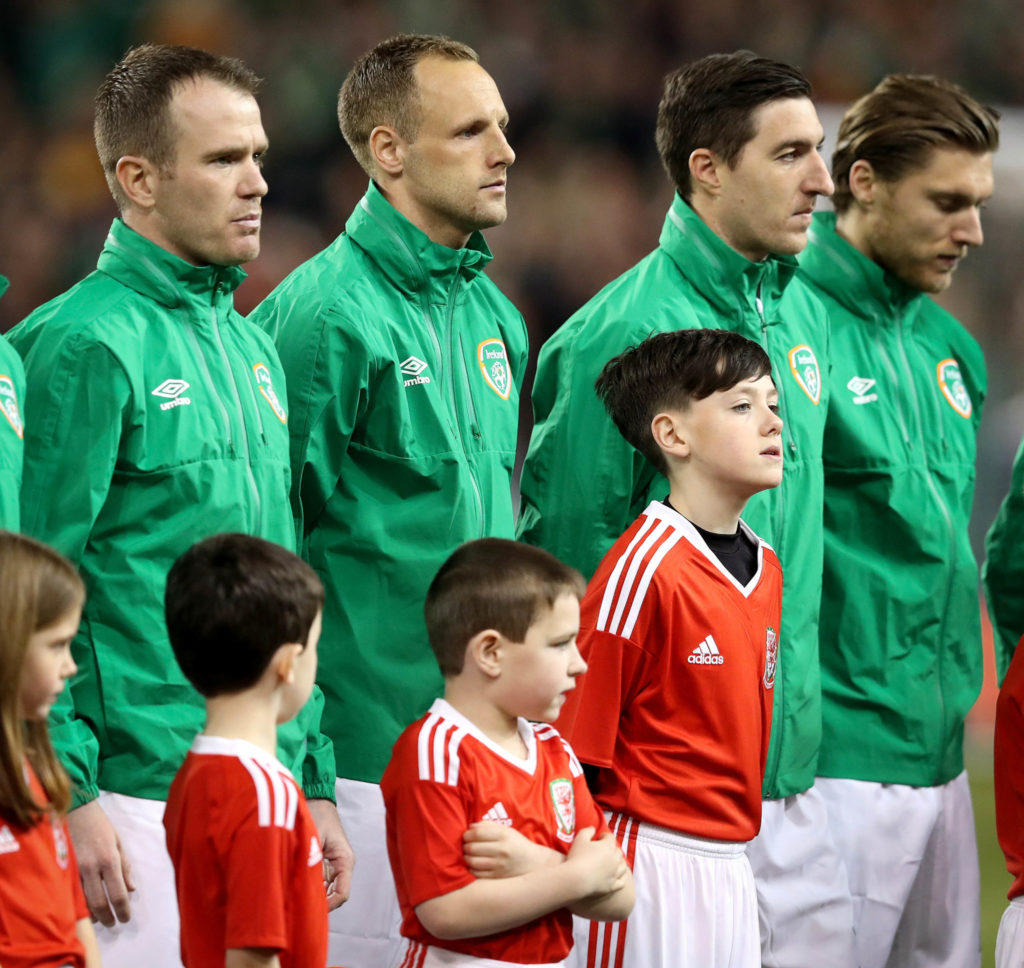 Ultimately, after agonising over what he should do, Meyler made the decision to stay in the Ireland camp.

Meyler started that match when Coleman would suffer the broken leg after the horrific Neil Taylor challenge. He explained how he dealt with his emotions about his wife's situations while on the field.

"As much as I was dealing with my own things, I tend to deal with things differently than my wife," he said.

"She deals with things then and there. I tend to worry about her and then four or five months down the road, it hits me. That happened with the miscarriages."

"You put on a brave act and you kind of go into acting," he explained.

"I'm not saying I'm an actor. But you go into training and you put on a brave face.

"I had a couple of counselling sessions and it did [help]. I did find it a bit difficult - not opening up. It was probably his way of approaching me.

Meyler added that he "struggled for the first couple of sessions".

"But it did help and I would advise anyone [to do it]," he said.

You can watch the full hour-long David Meyler interview on YouTube.