Ailish O’Reilly hit a goal and three points while Carrie Dolan slotted eight points from placed balls as Galway assured themselves of a place in the Littlewoods Ireland Camogie League Division 1 Semi-Finals when getting the better of Waterford by 1-14 to 1-6 at Carriganore.

All that is to be determined in Group 2 now is who will advance as top seeds, with Cathal Murray’s troops playing host next weekend to All-Ireland champions Cork, who also boast a 100 per cent record from three rounds.

The same applies in Group 1, with a 5-18 to 1-10 victory for Kilkenny over Offaly at St Rynagh’s and a 1-16 to 1-12 triumph for Limerick over Dublin at Parnells leaving both with unblemished records ahead of their clash next Sunday.

Beth Carton hit all six of Waterford’s points against Galway, while young substitute Kaiesha Tobin’s goal will take some bettering in terms of team play but the home side did not do enough with the wind in the first half, despite the efforts of Orla Hickey, Aoife Landers and Keeley Corbett-Barry, while they were punished severely for repeated defensive indiscipline by Dolan.

Noreen Coen’s brilliant opening point in the second minute did not signal any scoring rush, though she was to finish with three herself, and it was another 10 minutes before O’Reilly added to the visitors’ tally.

Ann Marie Starr, Heather Cooney and Lorraine Ryan were to the fore and though Carton finally got Waterford off the mark from an 18th minute free, Galway would move five clear, with Dolan converting four frees and Coen also splitting the posts.

Carton hauled Waterford back into the fray with three well-struck frees from outside the 45 and when Tobin palmed the All-Star’s perfectly-judged pass to the net shortly before half time, after brilliant work by Shona Curran, Clara Griffin and Sara Lacey, the teams were level.

Dolan was given another opportunity from a free however and Galway led by 0-8 to 1-4 at the break.

Waterford could only manage two points into the wind after the resumption however, both from Carton and the second of those, a fantastic effort from play, coming deep in injury time.

Dolan, Coen and O’Reilly helped stretch the margin to four by the time O’Reilly gathered a Starr delivery, turned sharply and rifled a shot to the net in the 42nd minute, the power beating Brianna O’Regan, who did well to get a touch and later on, would make a full-length save from Niamh Hannify. There was no way back for Waterford from there. 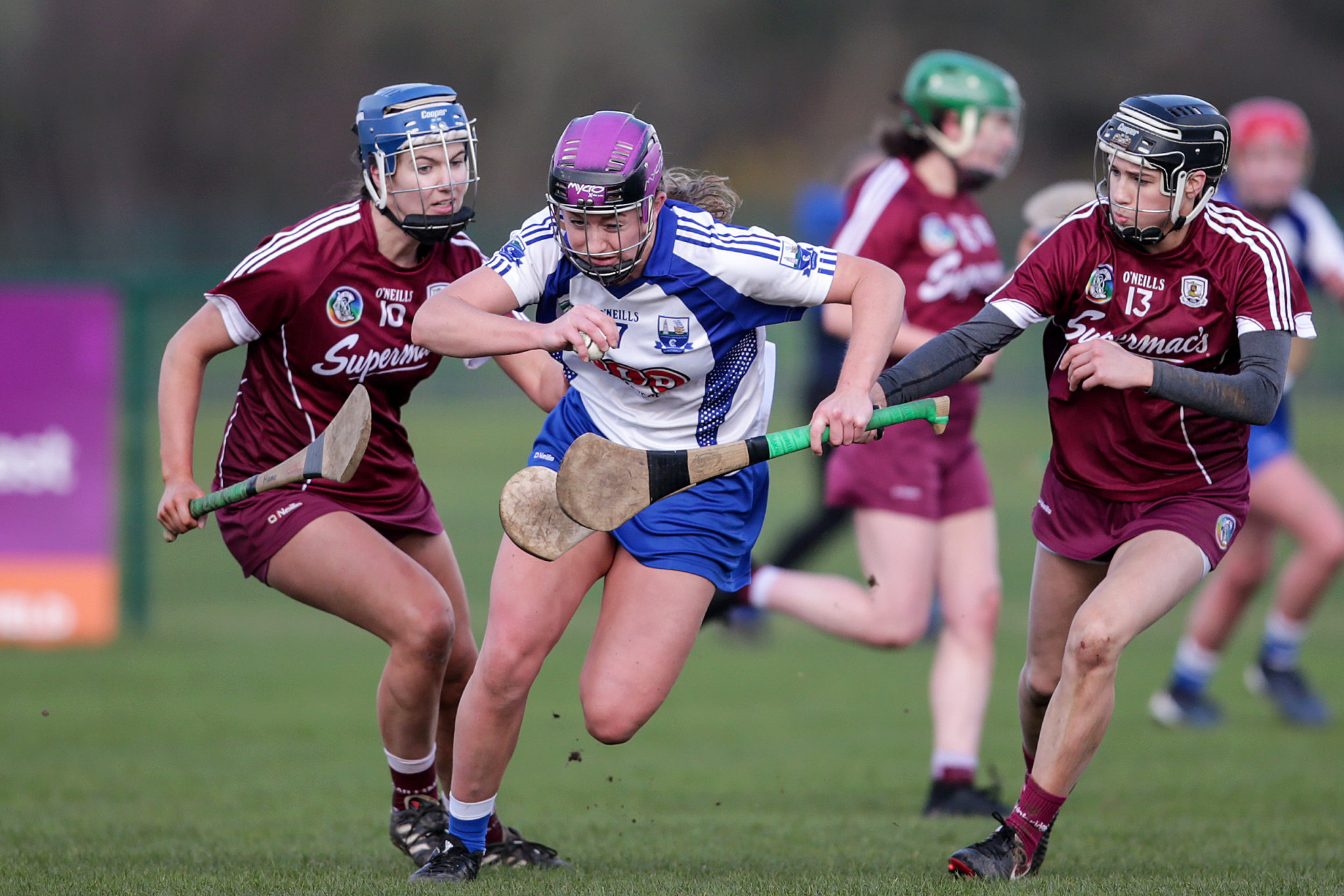 In the other Group 2 tie, Tipperary manager Bill Mullaney pitched in four of last year’s Minors for their first starts and he will have been delighted with how they fared as the Premier left St Patrick’s Park with their first win of the campaign, by 5-18 to 0-8 over Wexford.

It was a good start too to the sponsorship of the Tipperary Camogie team by Evros Technology Group, avowed supporters of women in technology and transferring that to the sporting sphere.

Wexford must now face a relegation play-off, where either Offaly or Dublin will provide the opposition.

Though failing to make the knockout stages in the Championship, Limerick have been regulars in the penultimate stages of the League and make it for the fourth successive year. This is as impressive as they have been though in getting this far and Declan Nash certainly appears to be getting more complete team performances from his charges.

Niamh Mulcahy struck nine points for the Shannonsiders but the spread of scorers was notable with Caoimhe Costelloe, Rebecca Delee and Caoimhe Lyons carrying on their form of the past few weeks.

Dublin opened the scoring with a first minute point from Evelyn Twomey but Costelloe hit three of her four points from play as Limerick moved through the gears and went four clear by the 10th minute.

Delee’s 26th minute goal was a real blow for Dublin, who had managed to remain in touch thanks to some fine scores by Ali Twomey. Mulcahy added a brace of points from frees and it was 1-10 to 0-4 at the change of ends.

Limerick continued to be comfortable and though Dublin finished strongly with a 54th minute goal by Sinéad Wylde and points from placed balls by Aisling Maher and Aoibhe Dillon, the result was never in doubt.

Kilkenny did all the damage in the first half, at the end of which they led Offaly by 5-7 to 1-5. Reigning player of the year, Anne Dalton started the goal rush from a third minute penalty and Michelle Quilty had the ball in the Offaly net around 90 seconds later.

Katie Power provided the third after 13 minutes and at that juncture, it was 3-1 to 0-1 in favour of the League champions.

Arlene Watkins raised a green flag for Offaly but Kilkenny responded with a rush of points by Meighan Farrell, Quilty and Power, before further goals from Dalton and Quilty brought the curtain down on as an entertaining a half of Camogie as anyone could hope for.

The second half was never likely to live up to that and the Cats were happy to pick off their points, Danielle Morrissey helping herself to four late ones off the bench, while Watkins, Mairéad Teehan and Siobhán Flannery were on target for Offaly.