Brian O'Driscoll feels there is a changing of the guard coming in the No 8 position for Ireland. ...

Brian O'Driscoll feels there is a changing of the guard coming in the No 8 position for Ireland.

CJ Stander has been the main incumbent since Jamie Heaslip retired. But Jack Conan has been in good for Leinster this season.

And on the evidence of that game, he pitched ahead to the battle for starting places at the World Cup.

"The weekend decided that in my head," he said.

"With Jack, he said it himself that this is a really big season for him. An important season and  he's made incremental improvements throughout the season. But in the big games and particularly on the weekend, he really stood up.

"What he's offered slightly different to CJ is CJ has just become a little one-dimensional. You know he's going to carry hard, you know he's unlikely to offload or pass. I think Jack has brought a lot more to his game.

"He's brought that off-loading game and caught a couple of kick-offs and immediately released James Lowe up the touchline. I don't think we see that with CJ. He's become a little bit stale and a little bit predictable whereas Jack has really progressed. For me, I'm intrigued what Joe Schmidt does in August. Does he change his No 8 that has been there for the last 2-4 years? Or do they bring in the guy who's fresh and in-form? I think at the moment there's a little bit of a changing of the guard there." 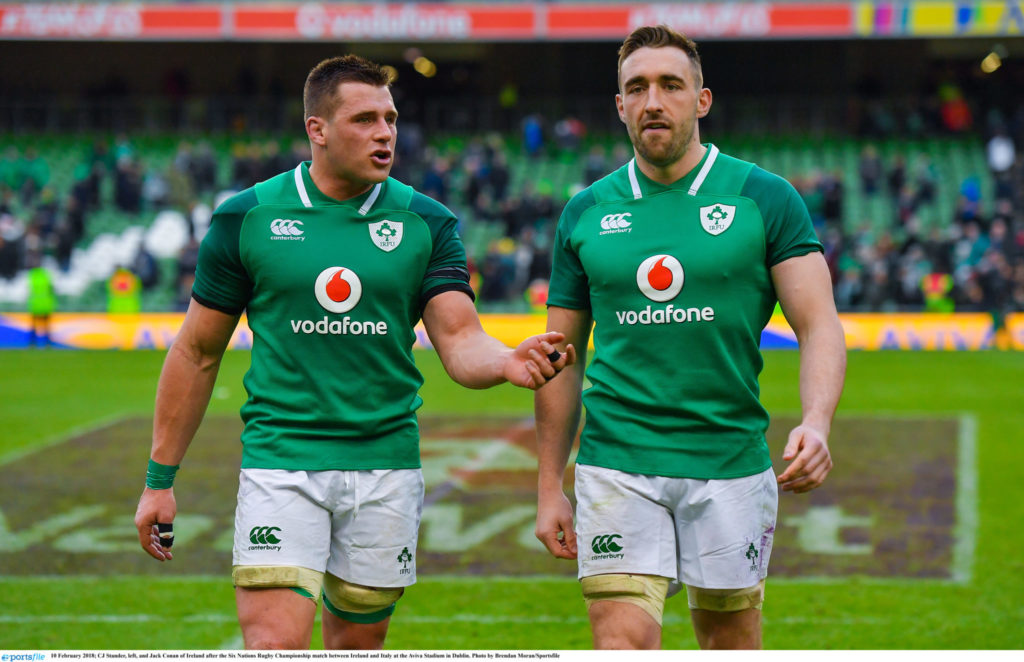 And with Sean O'Brien out of the World Cup, O'Driscoll believes Jordi Murphy is now first in line to provide cover for Josh van der Flier in the back-row.

He also praised Luke McGrath's defensive work against Glasgow in the final.

Meanwhile the ex-Leinster also offered his view on the on the Rob Kearney-Stuart Hogg incident and Nigel Owens' leniency.

"I think he got the Rob Kearney one wrong and I think that's a red card on the letter of the law," he said.

BOD also reacted to confirmation that former team-mate Kearney has agreed a new deal with the IRFU.

You can also listen to Brian O'Driscoll on the podcast player.