Arsenal midfielder Willian has become the latest footballer to be racially abused on social media...

Arsenal midfielder Willian has become the latest footballer to be racially abused on social media.

The Brazilian international has shared a series of hateful messages sent to him following last night's 1-all draw against Benfica in the Europa League.

Willian captioned the images on Instagram, saying "something needs to change" and "the fight against racism continues". 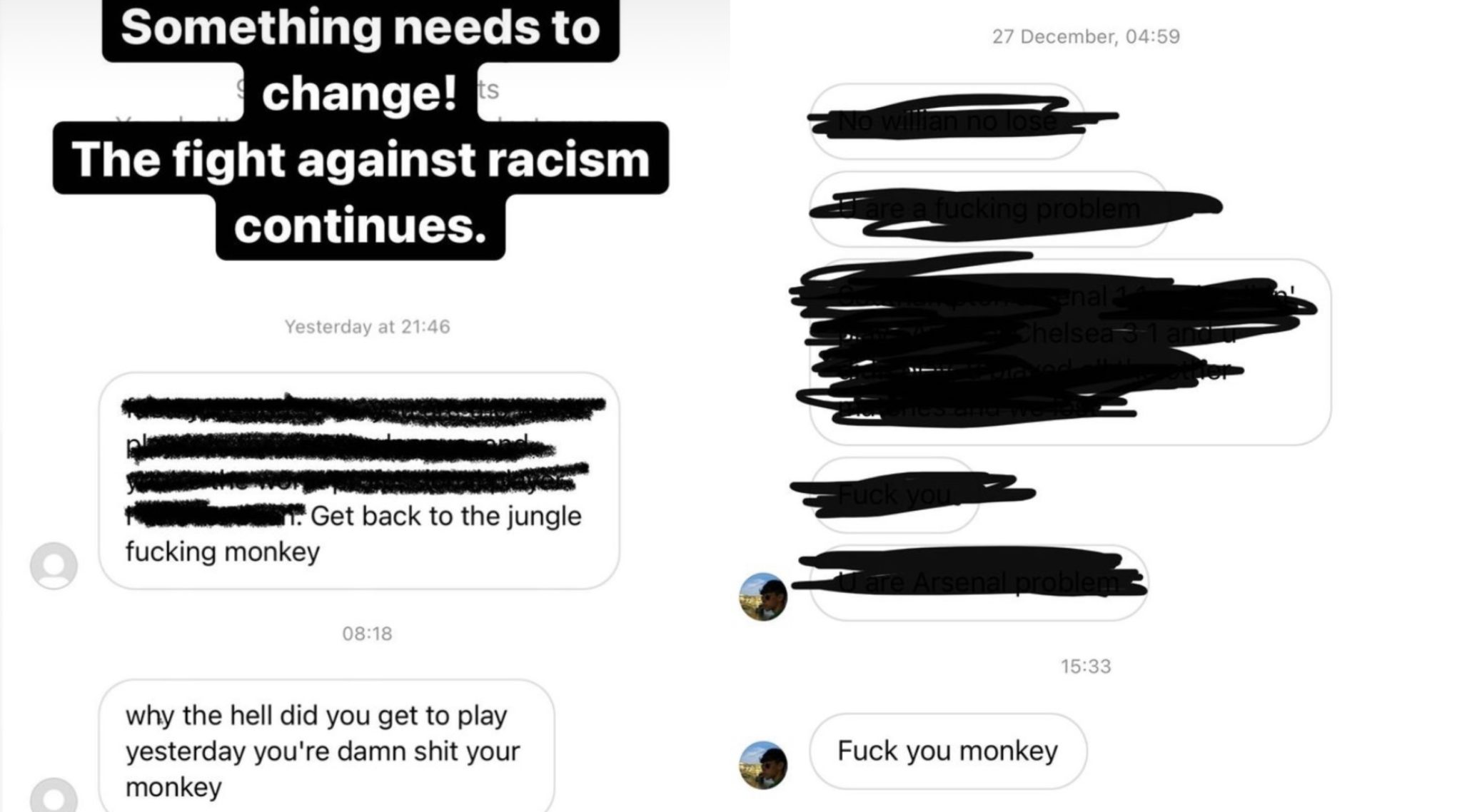 Willian is sadly just the latest player to share racist messages sent to them on social media.

It led the platform's owner Facebook to claim they'd crack down on such abuse, saying they'd offer "cooperation with UK law enforcement authorities on hate speech."

Meanwhile, Arsenal legend Ian Wright shared his disappointment with the sentence handed to 18-year old Kerryman Patrick O'Brien, who sent 20 messages to the former striker on May 11 2020, many of which were of a racist nature.

Mr. O'Brien was found to have sent the messages, but escaped without a conviction.

"The abuse of so many of our black footballers on social channels is probably and possibly the biggest problem we have in the game at the moment," he said.

"Footballers, referees and officials are all human beings and have feelings like anybody else and we really cannot overstate the impact that social media abuse can have on an individual.

"I'm not saying it's simple, easy with a silver bullet to solve it but players and social media companies need to come together.

"It's a moment in time and if we don't make progress I worry about the path we're heading on. We need the support of social media companies here.

"We can’t do it alone. How do you explain to a black footballer that if a piece of pirated content goes up, it gets taken down in minutes but that isn’t the same for racist abuse?”

Jose Mourinho | “It is very premature to think about the table”