Wexford hurler Lee Chin admits a straight knockout format in the Leinster Championship would certainly add to the pressure of a provincial game.

GAA activity is currently suspended around the country due to the coronavirus pandemic so the GAA could be forced to change the format of the Leinster and Munster hurling championships.

Wexford came through the round-robin to win the Leinster title last season before an agonising All Ireland semi-final defeat to eventual winners Tipperary.

The GAA is still hoping to complete its All-Ireland senior hurling and football championships by August but they may have to revert to a straight knockout format in order to reduce the amount of games.

Speaking to Dermot and Dave on Today FM, Chin said the Wexford players are preparing for the usual format until they hear otherwise.

"We don't what format they're going to use, obviously we're preparing for the round-robin.

"You've got to be proactive in the way you think about these things but there's a lot of hearsay at the moment that there could be a straight knockout Championship but we haven't got much information on anything yet and rightly so because we just don't know what way this is going to go."

Chin explained the merits of the round robin: "Obviously over the last two or three years we've enjoyed the round robin. It gives you a chance to prepare for each team. 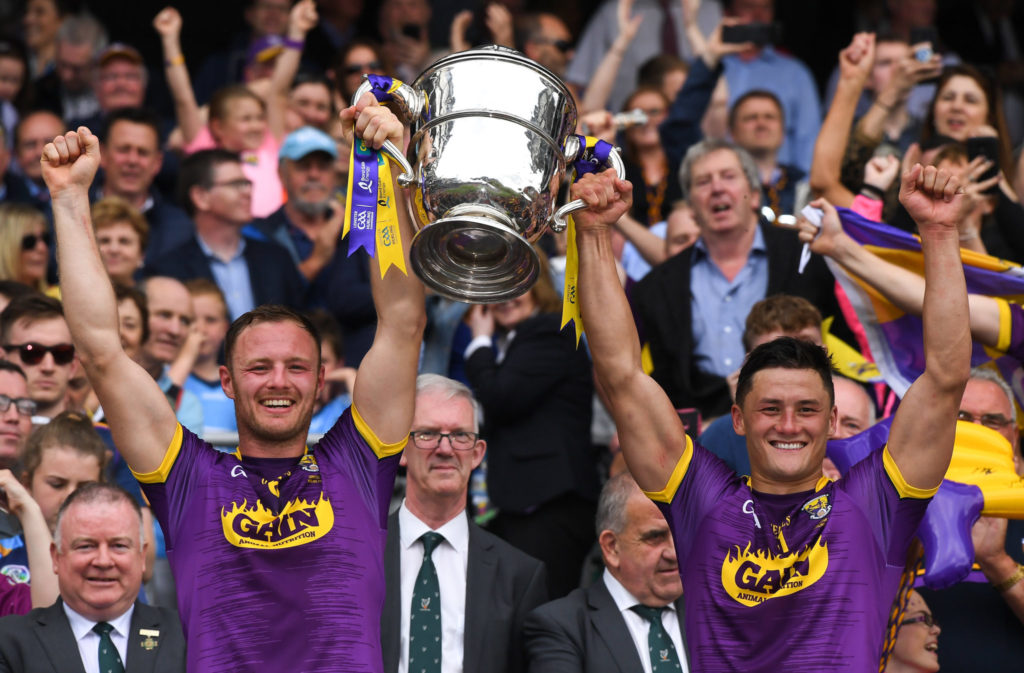 Chin knows the stakes would be even higher if the Leinster Championship goes with a straight knockout.

"There's a lot of nerves I suppose and a lot of on the line stuff if it comes into knockout championship, it could be all over in 70 minutes.

"A round robin gives you the chance, even if you do have  a setback in one of the games or so be it, you have another chance at the whip as well."

People across the country are finding ways to keep themselves entertained and inter-county players are no different.

Chin is using his time in isolation to reevaluate the season so far and to recover fully from any knocks he was carrying earlier in the year.

"We're (Wexford players) dealing with it ok, we're trying to use it as another challenge for ourselves.

"It gives us no excuses, we've a lot of time on our hands to be critiquing everything that we want, regards your diet or even small little niggles.

"I've struggled with a few injuries at the start of this season and it's kind of given me the time to really pay attention to it in much detail."

He also revealed that the players are using Zoom to check in with each other.

"You're staying in touch with each other very very often, even yesterday (Sunday) I think about 15 to 20 of us sat down [using Zoom].

The 27-year-old also keeps in touch with Wexford manager Davy Fitzgerald, who Chin admits is also using his time wisely.

"I'd be in touch with him a small bit as well, we'd both be calling each other to see is everything going well and everything is ok.

"In some ways I'd imagine it would be difficult for him but I think the kind of guy that he is, he's be also looking at it as a challenge and another way he could be using the time to recharge a little bit because he's a man that's always on the go".

Chin also said that hurling has to take a back seat right now given the impact the coronavirus has had on people in Ireland and around the world.

He said if it means the Allianz League campaign is not finished, it is the least of his worries.

"Our goal was to make the quarter final which we did, unfortunately we didn't get to see it out like the rest of the teams in it that are involved.

"We don't know what's going to happen down the line, if they're just going to pick it up somewhere, it looks like the league is possibly gone now but it's not the biggest issue in the world right now."